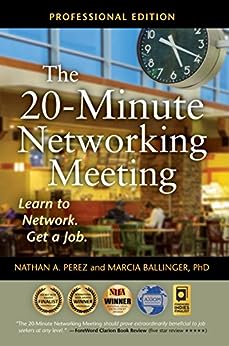 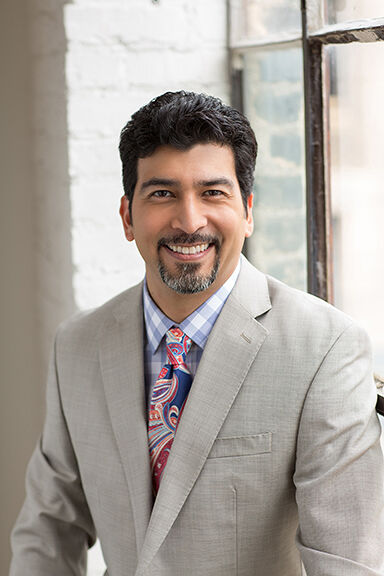 The 20-Minute Networking Meeting should prove extraordinarily beneficial to job seekers at any level.

In The 20-Minute Networking Meeting by Nathan Perez and Marcia Ballinger, two executive search firm professionals reveal an invaluable five-step process for successful networking. Most job seekers recognize that creating a solid résumé and performing well at an interview are essential elements for securing a position. But finding the right position in the first place is a challenge because of the "hidden" job market-"job openings that are not advertised or publicly announced." This is where networking becomes so important, but according to the authors, "the vast majority of networking meetings are near-complete failures." Thankfully, Perez and Ballinger offer a well-structured, elegantly simple yet comprehensive five-step process to vastly reduce the chance of failure at networking. Before they even walk through the steps, though, the authors provide useful commentary on the importance of networking, common networking myths, and why networking is difficult for most people. This material is not just helpful, it demonstrates a compassionate understanding of the anxiety networking causes most people, and it will likely assuage many fears. The authors also explain the rationale (and support it with informal research) for restricting networking meetings to just twenty minutes. The process itself breaks the networking experience into five specific steps, each of which (except for the final step) is assigned a specific time in minutes. Every one of the first four steps is described in a fair amount of detail, using actual examples where appropriate. Step five ("Great Follow-Up") addresses how to follow up after a networking meeting. This last step should be just as useful in a nonnetworking business situation, for it very clearly lays out some excellent follow-up tactics, again with actual examples. The authors then use an ingenious way to summarize the five steps: they include a full example, part script and part description, of an actual twenty-minute networking meeting, with reactions at the end from the two participants. The book's appendix contains several worthwhile additions, such as a networking "readiness exercise," a checklist to help one make a "great first impression," a tracking sheet for following up, and a list of ideas for things the networker can give away as a thank-you. The "Professional Edition" of The 20-Minute Networking Meeting contains insights garnered from career experts and other business professionals. Other editions include the "Graduate Edition" and the "Executive Edition." The writing is consistently lucid; the text is presented in a professional yet informal manner, so the book is quite easy to read. The counsel the authors provide could be surprising to some who may be skeptical of networking in general or will scoff at the notion of a twenty-minute meeting. However, it is obvious from the credentials of the authors that they are highly qualified authorities whose advice should be taken seriously. The 20-Minute Networking Meeting should prove extraordinarily beneficial to job seekers at any level. - BARRY SILVERSTEIN 5 Stars - Foreword Clarion Reviews (February 1, 2017)

Nathan A. Perez is an award-winning author, national speaker and executive career and job-search coach at Career Innovation. Prior to his Career Innovation consultancy, Nathan worked in the executive search industry in the Research function. Responsible for the first step in the executive recruitment process, Nathan researched and found the candidates for recruitment. Networking is a day-to-day function of his job, connecting with leaders across the country on a regular basis. He has been cited by The Huffington Post as one of the most connected people on LinkedIn, world-wide. Author of the multi-award-winning job-search networking book The 20-Minute Networking Meeting, Nathan speaks on its principles to students, veterans, career coaches, executives and corporate teams everywhere. Nathan draws on 20 years of stage, film and television experience in New York City and Hollywood, and is a member of the Actors Equity Association union (AEA); a voting union member of The Screen-Actors Guild (SAG-AFTRA); the Author's Guild; and served as Vice Chair at The Loft Literary Center, the nation's largest literary and writing organization. He was recently inducted as an Honorary Commander with the 934th Airlift Wing, U.S. Air Force Reserve, home of the Global Vikings.

Marcia Ballinger, PhD is co-founder and Principal at BallingerLeafblad, a Twin-Cities-based, civic-focused executive search firm. She has been in executive recruiting for over 15 years, and is a frequent speaker on behalf of the industry. She has been an adjunct faculty member in business at Capella University and St. Mary's University, and has a Master of Arts in Speech-Communication from the University of Minnesota. She received her PhD in Organization and Management from Capella University, where she now serves as Board Chair. She was named Industry Leader by the Minneapolis-St Paul Business Journal in 2009 and one of the (Real) Power 50 by Minnesota Business in 2014. --This text refers to the paperback edition.

4.6 out of 5 stars
4.6 out of 5
129 global ratings
How are ratings calculated?
To calculate the overall star rating and percentage breakdown by star, we don’t use a simple average. Instead, our system considers things like how recent a review is and if the reviewer bought the item on Amazon. It also analyzes reviews to verify trustworthiness.
Top reviews

Amazon Customer
5.0 out of 5 stars End your job search sooner with this book
Reviewed in Canada on February 20, 2019
Verified Purchase
True to the core message of this book, the authors have given you so much more with less.
A quick read for anyone looking to end their job search or transition to a new role.
I picked up this book because I work for a great company and always looking to progress internally.
At this stage, any moves for me will only happen through referrals.
The book is practical, to the point and does not dwell on the same point over and over again. That’s why it’s a quick read that keeps you hooked till the end.
I’ll be applying the 20MNM principals to create “evangelists” in the enterprise I work at, and with patience and persistence (and practice) I’m confident I’m going to be movin’ on up!!!
Read more
Helpful
Report abuse

Swimmer
5.0 out of 5 stars Finally, a first class guide on how to effectively network - no fluff !!
Reviewed in Canada on May 6, 2018
Verified Purchase
The best book I have ever found on the steps necessary to run an effective networking meeting. All of the other books I have found contain very generic questions and don't provide a timeline and the detailed questions the way this book does.
Read more
Helpful
Report abuse

Zoran Corbic
4.0 out of 5 stars Expected more
Reviewed in Canada on April 3, 2020
Verified Purchase
I just couldn't get into this book. I think I expected more based on the previous reviews and all the awards that the book got.
Read more
Helpful
Report abuse
See all reviews

Kindle Customer
5.0 out of 5 stars Great method to run a networking meeting with confidence
Reviewed in the United Kingdom on January 9, 2019
Verified Purchase
In December I managed to book 6 different people for Networking coffees in Jan. So over Christmas I decided to do some planning to make the most of them and part of that was reading this book.

I am going to start by saying this is the most begrudging 5 start review I have ever left.

The first 45% of the book is waffle that looks designed to sell you on buying the book. Thanks but I already bought it and and was hoping to learn from it. 1 Star.

However the second half of the book is incredible. The method works. I have been using it and feel it has added immense value to my networking meetings. I actually saw some of the scenarios highlighted play out across the face of one of the people I was meeting as they shifted from not sure what they could do to couldn't be any more helpful. Their structure has also been flexible enough to let me bring in a few other ideas or topics of interest beyond just job hunting. All my meetings so far and ended with a positive impression and additional contacts and advice, the additional contacts especially being something I was really struggling to get previously. 10 Stars!

So on average 5 Stars then... you can see maybe why I feel this is a begrudging review but I think if you are interested in getting better value from networking then you MUST read this, at least the second half.
Read more
Report abuse

C. Martel
5.0 out of 5 stars Fast read with crisp examples and recommendations
Reviewed in the United States on May 13, 2017
Verified Purchase
Couple friends found this book excellent and recommended it. It's a quick read, filled with good humor, anecdote and extensive direct experience.

I particularly appreciated the candid treatment of the entire topic of networking, dispelling my view of it being a "schmoozy" practice that often felt like it was a waste of time when people asked to network with me. I now see how those notable exceptions that I truly enjoyed had leveraged the concepts in this book.

I was asked to speak earlier this week at an upper level college class for Finance students and recommended this book to them. The professor is planning to acquire it and provide for each of his students.
Read more
7 people found this helpful
Report abuse

Kelly KC
2.0 out of 5 stars Step 1: Collect Underpants. Step 2: ??? Step 3: Profit!
Reviewed in the United States on April 18, 2017
Verified Purchase
Perez and Ballinger do make the valid point that it's who you know, and lay out a solid roadmap for good conversations and follow-up that build friendly business relationships.
The reason for my low rating? The book does not outline the entire process.
There is no discussion of HOW to make the first contact/secure a meeting with these new networking contacts. For all the anecdotes, the job seeker conveniently has friends-of-friends in high places. In other words, this book is for the person who already is well-connected but simply needs to build and strengthen those relationships.
But look elsewhere for discussion on effective ways to break the ice and request a meeting.
Read more
15 people found this helpful
Report abuse

Luke Jean-Louis, podcaster
5.0 out of 5 stars Great Networking Book!
Reviewed in the United States on October 19, 2019
Verified Purchase
It tells you how to design and organize strong, beneficial informational reviews when it comes to the job search. This book is mandatory for any job seeker. The rules laid down in this book must be followed if you want to get people to help you.
Read more
3 people found this helpful
Report abuse

TC
5.0 out of 5 stars Very useful information
Reviewed in the United States on September 28, 2020
Verified Purchase
This is the best book on networking with very practical advice that make it easy to overcome the fear of networking.
Read more
2 people found this helpful
Report abuse
See all reviews
Back to top
Get to Know Us
Make Money with Us
Amazon Payment Products
Let Us Help You
EnglishChoose a language for shopping. CanadaChoose a country/region for shopping.
© 2008-2021, Amazon.com, Inc. or its affiliates