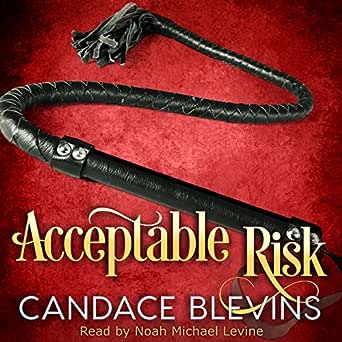 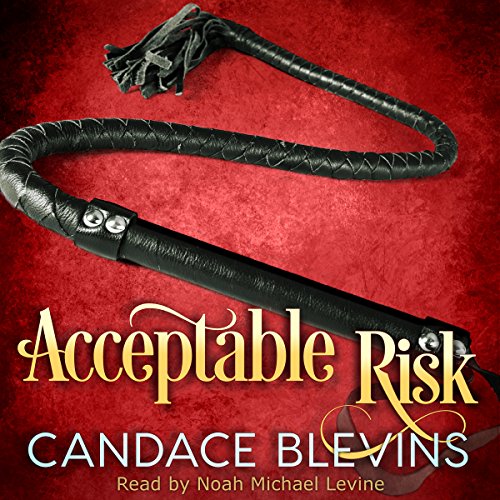 QUEBEC RESIDENTS:
Check out your offer!

Sold and delivered by Audible, an Amazon company

Related to this topic

4.4 out of 5 stars
4.4 out of 5
21 global ratings
How are ratings calculated?
To calculate the overall star rating and percentage breakdown by star, we don’t use a simple average. Instead, our system considers things like how recent a review is and if the reviewer bought the item on Amazon. It also analyzes reviews to verify trustworthiness.
Top reviews

CARYN
5.0 out of 5 stars AWESOME!
Reviewed in Canada on July 11, 2016
After a previously disappointing read, this story was a great one. It is the story od Bethany, Gen's best friend, and her wish to have a harem of men as her relationship! Then one night at the TBC she sees and is turned on by a trio of gorgeous men. Bethany doesn't know they are two wolves and a leopard who clearly hear it mentioned that she wants a harem and they fit the bill! Thus begins an unusual but satisfying relationship.
This story is well worth reading!

pato53
5.0 out of 5 stars A Woman wants a harem and boy does she get her wish.
Reviewed in Canada on September 14, 2017
Overheard in RTMC a Woman wishing for a harem. Then sees three guys that more than meets the bill. And they think it's a great idea too.
Each taking a turn dancing with her to checkout the attraction and things start to get very heated.
Add in the fact that they are shifters for an even better time for all!

There were some intense moments, and some fun as well, overall, I loved it!

carol
3.0 out of 5 stars Naive writing style
Reviewed in the United Kingdom on June 17, 2020
Verified Purchase
I suppose if I were much younger the writing style wouldn't bother me, so I have to assume the target audience would be late teens/early twenties. As it is, the storyline is weak and the character development almost non existent.
Events take place that are not explored and the storyline is full of angst more suited to a YA audience except for the odd instances of BDSM that take place without any exploration, just BAM, here's the pain, take it.
If this is any indication of the author's other books, I will give them a miss. I know it is a short story and I didn't pay very much for it but I expected a more satisfying read.

Jaycee
4.0 out of 5 stars A great saga continues...
Reviewed in the United States on September 17, 2015
Verified Purchase
*This title is also part of an Anthology titled "Every Which Way"*

I must say I enjoy the novellas in these three paranormal sister-series that comprise Kirsten O'Shea's Universe. (Only Human, Chattanooga Supernaturals and Rolling Thunder MC). This Universe is so replete with awesome secondary characters in the full novels, that readers can not help but want more than a glimpse of all of them. While full length novels for each character might be desirable, I think the flow and progression of each series and of the Universe as a whole, is best served by these occasional tie-ins - for lack of a better term.

Wolf-shifter "Ranger" and Leopard-shifter "Jonathan" certainly both tweaked my interest in prior books, and particularly Ranger, as the non-vampire-trusting uncle to Eric in Riding The Storm. In Acceptable Risk we do get a bit more filler into their past histories, and then are introduced to newly turned wolf-shifter Mac, to complete the "Harem" for human Bethany.

This novella revolves primarily around the relationship that develops between the four characters and somewhat sadly, doesn't spend much time with the supernatural intrigue and goings-on that truly make this series so rich. While I did miss that component, I suspect the greater purpose is somewhere down the road in a future book from the series, and what we learned of these characters herein will ultimately provide an "ah-ha" moment to be cherished. In the meantime, this tasty morsel provides some pretty hot relationship antics as well as another encounter with Duke. And while any Duke encounter is a welcome thing, it was wholly pleasing to discover that Ranger too, came with all the amazing and unique alpha-wolf attributes.

zoegrl
5.0 out of 5 stars I want a harem!
Reviewed in the United States on August 14, 2017
Verified Purchase
Bethany meets her men at the RTMC bar while she was with Gen & Duke. Not knowing they were supernatural she said I'd like them for my harem, of course they could hear her. So Mac asks her to dance. Ranger & Jonathan watch & talk about who she is, because she's sitting with the owner of the bar.

Careful what you wish for. You just might get it. This can be read by itself but it'd be better if you read the rest of the Series so you know who the players are. This is a great Series, I'm enjoying every word!!

Mel M
5.0 out of 5 stars Her Harem
Reviewed in the United States on July 5, 2017
Verified Purchase
The old saying "be careful what you wish for " couldn't have been more true for Bethany when she said she wanted a harem. What she gets are three gorgeous males who are dedicated to her pleasure. The problem is that she is freaked out by relationships and doesn't do them. Things get complicated even more when she accidentally discovers that Mac is a wolf. In order to keep their secrets she must be bound to them but they take it one step further and do a relationship binding too. Problems arise but they work together to become a family.
Read more
One person found this helpful
Report abuse

The heroes are great and the sexy is hot. As always with Blevins, the world building is compelling as is the writing.

Because this is a novella, the heroine is not as well developed (or maybe she is developed in early book) and I wasn't as into the romance.

But I am glad I read this one to fill in the world.
Read more
Report abuse
See all reviews
Fast, FREE delivery, video streaming, music, and much more
Prime members enjoy Free Two-Day Shipping, Free Same-Day or One-Day Delivery to select areas, Prime Video, Prime Music, Prime Reading, and more.
> Get started
Back to top
Get to Know Us
Make Money with Us
Amazon Payment Products
Let Us Help You
EnglishChoose a language for shopping. CanadaChoose a country/region for shopping.
© 2008-2020, Amazon.com, Inc. or its affiliates