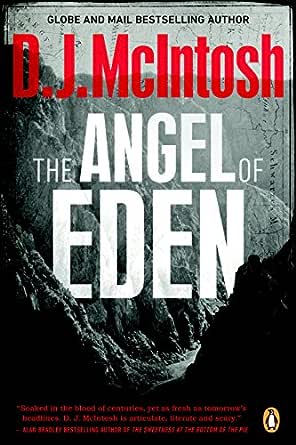 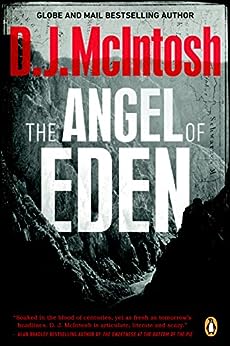 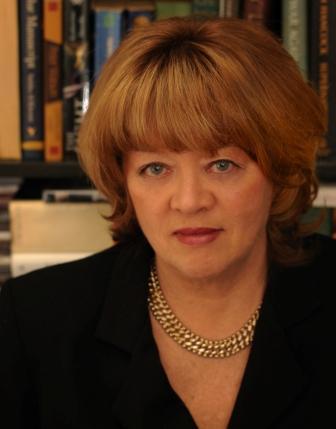 The Angel of Eden: Book Three in the Mesopotamian Trilogy Kindle Edition

“McIntosh gives readers the spellbinding conclusion to her Mesopotamian trilogy. . . . McIntosh's meticulous research and inclusion of notes, bibliography, and images of ancient deities and angels enrich this thrill ride. Readers who enjoy McIntosh's blending of history, mythology, clever puzzles, and action will be left hoping for more.”—Publishers Weekly

Praise for The Mesopotamian Trilogy:

“D.J. McIntosh takes her readers on a whirlwind adventure, blurring the lines between myth and reality to reveal the shocking repercussions of dark legends of old.”—Chatelaine

“A book so good, everyone should buy it twice.”—National Post

“D.J. McIntosh has taken fables and fairy-tales that we thought we knew as children and strung them together to create glittering clues to a dark and terrifying secret hidden at the very heart of modern-day Mesopotamia. A fabulous read!”―Katherine Neville, NYT bestselling Author of The Eight

“From Iraq, ancient history and alchemy combine to terrorize us in this stunning historical thriller. A terrific read.”—Louise Penny, NYT bestselling author of Bury Your Dead

“Soaked in the blood of centuries, yet as fresh as tomorrow’s headlines. D.J. McIntosh is articulate, literate, and scary.”—Alan Bradley, bestselling author of The Sweetness at the Bottom of the Pie

"Rich in characters, puzzles, and historical significance, this shivery thriller is so good I wish I had written it."—Eric Van Lustbader, bestselling author of Blood Trust and the Jason Bourne series

"D.J. McIntosh is a terrific storyteller."―Sean Chercover, bestselling author of The Trinity Game --This text refers to an alternate kindle_edition edition.

D.J. (Dorothy) McIntosh left her professional job to carve out a career as an author. It took almost ten years to research and write her debut novel, The Witch of Babylon, shortlisted for the Crime Writer Association’s Debut Dagger Award and winner of an Arthur Ellis Award for best unpublished crime novel. The Witch was an instant hit, sold in twenty countries around the world. It was chosen by Amazon.ca as one of the best books of the year and by CNN International as one of six enduring historical thrillers along with notable writers like Agatha Christie, Umberto Eco and Dan Brown.

The dark origins of famous fairy tales come to life in her second novel The Book of Stolen Tales. This June, the third in the series will come out. Entitled The Angel of Eden it’s a story about the search for the true location of the Garden of Eden. --This text refers to an alternate kindle_edition edition.

4.2 out of 5 stars
4.2 out of 5
46 global ratings
How are ratings calculated?
To calculate the overall star rating and percentage breakdown by star, we don’t use a simple average. Instead, our system considers things like how recent a review is and if the reviewer bought the item on Amazon. It also analyzes reviews to verify trustworthiness.
Top reviews

marsha l. reid
2.0 out of 5 stars Angel of Eden - dissappointing - don't waste your money
Reviewed in Canada on July 12, 2015
Verified Purchase
Third in the series of the Witches of Babylon. Again very disappointing. Same complaints with the others - plots that don't make sense and one dimensional characters. The ending was a surprise though and in the hands of a much more skilled author could have been the genesis of a gripping psychological horror story.
Read more
Helpful
Report abuse

Jayne of Mystery
5.0 out of 5 stars Adventure, danger, romance
Reviewed in Canada on June 24, 2015
This is my hands-down favourite of the Mesopotamian Trilogy. It has all the elements that attracted me to the earlier books: art history, exotic locales, the mystery of John’s origins, and that tantalizing hint of the paranormal. Yet it could be read as a standalone, since what’s needed to know about earlier events is touched on just enough to orient the reader.

Angel has the assured writing of an author in full control of their craft. I felt from the first page that I was in good hands, that the mystery of the whole would be revealed after a captivating journey.

And what a journey it is! A wander through the pages of the past both personal and cultural. A quest from rural and urban New York to the modern Middle East. An excavation of ancient geography. Adventure, danger, romance!

Deryn J Collier
4.0 out of 5 stars Thoroughly enjoyed this read
Reviewed in Canada on June 24, 2015
Thoroughly enjoyed this read! Fascinating premise, exotic locales and strong writing. The fact that I have not read the first two books did not keep me from enjoying Angel of Eden. (And I'm looking forward to reading the first two books in the trilogy now.) Definitely worth picking up this summer. Happy reading!
Read more
Helpful
Report abuse

Mary Cameron
5.0 out of 5 stars DJ never disappoints!
Reviewed in Canada on July 17, 2015
This wonderful trilogy met all my expectations as a reader, a compelling story, with surprising twists, lovely suspense, and lots to learn about the beginning of civilization, a topic refreshingly new to me. Just sorry to say goodbye to John Madison (just for now , I hope??)
Read more
Helpful
Report abuse

Denise Willson
5.0 out of 5 stars Five Stars
Reviewed in Canada on February 22, 2016
The third in the series, and a read you won't soon forget!

Lisa De Nikolits
5.0 out of 5 stars Another Five-Star Winner!
Reviewed in Canada on July 5, 2015
Another five-star winner in the final book of this trilogy by this wonderful writer. I am a fast reader but I made myself take my time because I didn't want this book to end. The descriptions are so authentic that you feel as if you really are walking in John Madison's shoes and there is a perfect balance of action to description, so the the story is enthralling from start to finish. The novel is filled with fascinating facts which add layers to the rich fabric of the weave, never distracting but adding texture and depth to the imagery and narrative. One of the things I so admire about this author is the absence of author voice intruding; the book is seamlessly John Madison's own.
I am keeping fingers crossed that this trilogy becomes a quartet and I know I am not alone in hoping for this!

Amazon Customer Eliza
5.0 out of 5 stars Intriguing
Reviewed in the United Kingdom on January 15, 2021
Verified Purchase
I found this book even more intriguing the 2nd time of reading. Must be nearly 2 yrs since l first read and enjoyed still again. The descriptions of scenery makes one feel as if looking at the same view. The rain and how hard it is to drive anywhere is so true to life, makes one feel actually experiencing it. The stories within stories takes the reader on a journey of senses. May reread these books again
Read more
Report abuse

Bookworm
3.0 out of 5 stars An ok read
Reviewed in the United Kingdom on June 4, 2020
Verified Purchase
I found this book disappointing. There were too many mystical elements in it for my taste.
The protease lacking in cohesion.

Suey
4.0 out of 5 stars Really good read
Reviewed in the United Kingdom on September 16, 2019
Verified Purchase
Having read all 3 books i found them really interesting with interesting characters and story line. Look forward to more stories
Read more
Report abuse

martísima
5.0 out of 5 stars The the perfect ending to a wonderful voyage...
Reviewed in the United States on June 20, 2019
Verified Purchase
Riveting, exceptional! Can't get enough, but now the trilogy is completed and I am left with an empty feeling. I want more now, please. I wish I could write everything I feel now, but my ill health doesn't allow it. But if I could, I would never finish praising it. This is the perfect ending to a wonderful voyage. Thank you, D.J.!
Read more
Report abuse
See all reviews
Back to top
Get to Know Us
Make Money with Us
Amazon Payment Products
Let Us Help You
EnglishChoose a language for shopping. CanadaChoose a country/region for shopping.
© 2008-2021, Amazon.com, Inc. or its affiliates