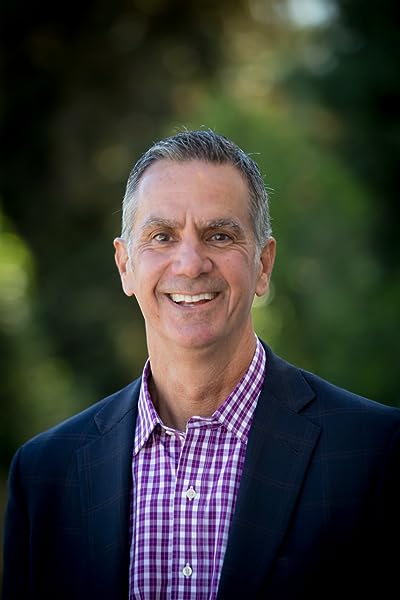 Back Pocket God: Religion and Spirituality in the Lives of Emerging Adults Hardcover – March 12 2020

Start reading Back-Pocket God on your Kindle in under a minute.


there are some bright spots in chapters on Transitions to Adult Life and Making Sense of It All where Denton and Flory conclude that these Emergent Adults have turned away from organized religion and traditional churches. A smaller contingent, the Religiously Committed, cling to their faith in hard times. -- Frederic and Mary Ann Brussat, Spirituality & Practice

Melinda Lundquist Denton is an Associate Professor of Sociology at the University of Texas at San Antonio. Her research examines the intersection of religion and family life in the United States. Her publications include A Faith of Their Own: Stability and Change in the Religiosity of America's Adolescents with Lisa D. Pearce and Soul Searching: The Religious and Spiritual Lives of American Teenagers with Christian Smith. Richard Flory is senior director of research and evaluation at the Center for Religion and Civic Culture at the University of Southern California. He is a sociologist whose research focuses on religious and cultural change, religion and urban life, and the religious and spiritual lives of youth and young adults. He has published several books, most recently, The Rise of Network Christianity: How Independent Leaders are Changing the Religious Landscape.

4.6 out of 5 stars
4.6 out of 5
8 global ratings
How are ratings calculated?
To calculate the overall star rating and percentage breakdown by star, we don’t use a simple average. Instead, our system considers things like how recent a review is and if the reviewer bought the item on Amazon. It also analyzes reviews to verify trustworthiness.
Top reviews

Anthony Bosnick
5.0 out of 5 stars Much detailed analysis of the spirituality of "emerging adults"
Reviewed in the United States on October 30, 2020
Verified Purchase
The "emerging adults" in this study have been part of a decade-old longitudinal study beginning in the teen years of people who have now reached the ages of 23-28, called "emerging adults." Now more than 10 years after the first study, the authors take another look at where these teens are today.

The book is not easy to read because of the plentitude of charts and graphs, but this also makes the book helpful. It is not filled with guesses. Rather, the conclusions are based on careful analysis of data. This book, being written by scholars at reputable institutions, does not cut corners with the data or conclusions.

Many of the assumptions about the religious development of emerging adults about the reduction of involvement in religion are true, but they do need a bit of nuance. In reflecting on the emerging adults, the authors look at "denominations": 1) Conservative Protestant, 2) Mainline Protestant, 3) Black Protestant, 4) Catholic, 5) Jewish, 6) Later-day Saints, 7) Not Religious. They draw some conclusions based on these denominations.

They also look at emerging adult participation/involvement in religious nativities, according to these categories: 1) Committed, 2) Marginal, 3) Disaffiliated, 4) Not Religious. They also draw conclusions based on these four categories of religious activity.

Another layer of analysis is 1) marital status, 2) cohabitation, 3) whether they have children, and the various combinations of these two broad factors, 4) family religious participation when they were growing up, 5) their degree of understanding of the faith and participation levels.

You can see that the analysis is not simple.

Is there meaning for the future? A conclusion: "Whatever the future holds, the present reality includes emerging adults whose viewpoints range from a general lack of interest in religion to a religiosity that is curated and customized from traditional religious beliefs and practices. The changes evinced by these young people will require religious institutions to take their perspectives into account as they think about how to respond to the ways that emerging adults are changing the religious landscape" (p. 240).

I purchased this book because I had read "Soul Searching," the first book reporting on the study (2005). It was quite interesting to read about where these teens are now. This book does give a good analysis on factors churches and families need to consider is they wish to see a church of faith in the future.


Read more
Report abuse
See all reviews
Back to top
Get to Know Us
Make Money with Us
Amazon Payment Products
Let Us Help You
EnglishChoose a language for shopping. CanadaChoose a country/region for shopping.
© 2008-2021, Amazon.com, Inc. or its affiliates