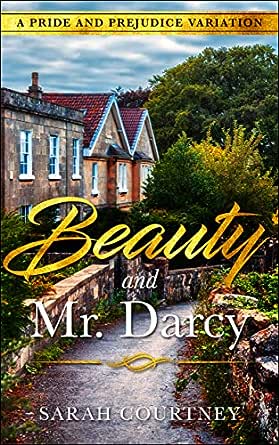 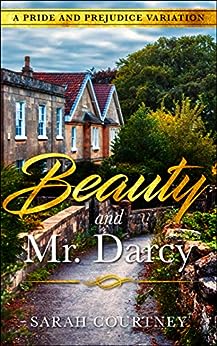 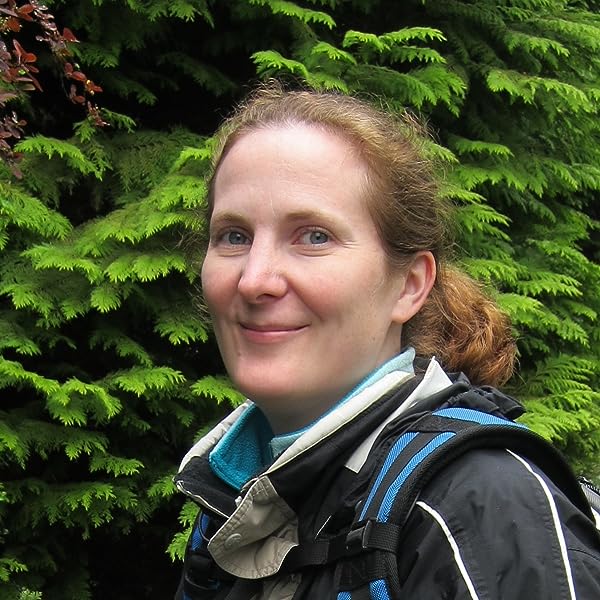 4.3 out of 5 stars
4.3 out of 5
25 global customer ratings
How does Amazon calculate star ratings?
Amazon calculates a product’s star ratings using a machine learned model instead of a raw data average. The machine learned model takes into account factors including: the age of a review, helpfulness votes by customers and whether the reviews are from verified purchases.
Top Reviews

Marie
4.0 out of 5 stars Certainly Different
Reviewed in Canada on February 5, 2020
Verified Purchase
Pleasant fairy tale-like read surrounding the main characters of Pride and Prejudice. Each has their own story, which does make the tale jump around quite a bit, and doesn’t completely focus on ODC, but overall well done.
Read more
Helpful
Comment Report abuse

Mrs Darcy
3.0 out of 5 stars Just too long to be enjoyable. The beastly blackmailer.
Reviewed in Canada on May 19, 2020
The ending Wickham is blackmailing pretty much everyone. That is mostly what I remembered from this.
Belle never did like Gaston from the get go. I noticed fairy tail references but paid more attention to the characters.

Writing about all of them at once is great, but the reader can lose track of the main characters. There doesn't seem to be any.

I was a bit fed up by chapter 3 I nearly stopped reading it. I do like Richard Fitzwilliiam's character, he is his goofy old self. He kills me.

Good stories but too lengthy and disconnected in some areas.
Read more
Helpful
Comment Report abuse
See all reviews

Me B
5.0 out of 5 stars A HEA for all the Bennet Girls (and Charlotte)
Reviewed in the United States on January 31, 2020
Verified Purchase
Beauty and Mr. Darcy was a really fun, fairy-tale variation where all the girls get a happy ending. I of course love Elizabeth and Darcy's story and it does get top billing, but I thought the other stories were wonderful too--Jane and Bingley with a past, Mary changing her ways to attract the man she loves, Kitty finding her love through an interest in the sea, and Lydia--wow, what a different story for her. And while the characters are taken down different paths, they are still the characters we know and love (or are exasperated by). Charlotte also gets a happy ending, but you'll have to read to find out more!

I read Sarah Courtney's first book, A Good Name, and really enjoyed it--and this book is just as good. It's certainly more complex with all the interwoven stories, and she writes with the same deft touch. I read it over the course of two sessions today (had to leave the house but didn't want to put it down) and I have to say--totally worth it. Highly recommended!
Read more
9 people found this helpful
Helpful
Sending feedback...
Thank you for your feedback.
Sorry, we failed to record your vote. Please try again
Report abuse

Debbie B.
5.0 out of 5 stars Wonderful mashup of P&P with beloved fairytales
Reviewed in the United States on February 8, 2020
Verified Purchase
This is actually six books in one - there are several fairy tales incorporated here that match up with Pride and Prejudice heroines. (No magic.) Beauty and Mr. Darcy has parallels to Beauty and the Beast (Wickham makes a perfect Gaston), but there are additional plots with nods to The Frog Prince, Sleeping Beauty, The Little Sea-Maid, Cinderella, Snow White and the Seven Dwarves, and Rapunzel. The stories run concurrently and, considering the relationships between the P&P characters, they naturally overlap at times.

I hesitate to say too much for fear of giving away spoilers - Elizabeth and Darcy's fairy tale is obvious from the book's title, but part of the fun is matching up Lydia, Mary, Charlotte Lucas, Anne de Bourgh, Kitty, and Jane to their respective storybook characters and seeing how they'll play out in a Regency romance. The point of view isn't limited to these young ladies, shifting at times to what other characters are thinking.

There are several non-spoiler plot points to mention that I found particularly interesting. The first is how Lydia especially craves fatherly attention from Mr. Bennet - who doesn't come off well here at all. He's beyond disinterested in his family, callously treating them merely as objects for his own amusement. (I really loved Lydia's unusual storyline.) Another is poor Mr. Bingley's almost comical cluelessness when it comes to picking up nuances of conversation around him. He just doesn't read people well at all. No wonder it's possible to convince him that Jane doesn't love him. And Darcy's road to self-awareness requires more than one major prod to his haughty, overconfident arse.

Since each story gets a detailed, full-book treatment (even though each weaves through others), this is a LONG book. Again, if you approach it as several books-in-one (which it is), it doesn't feel long. Like any good fairy tale, the content is squeaky clean.

This is an ambitious, non-traditional way to write a book, breaking a major literary rule. Rather than leading up to one central climactic moment, each "fairy tale" has its own. Ms. Courtney's storybook approach makes it work here, and I found myself charmed throughout.

Her previous book, A Good Name, is equally impressive, though it has a completely different tone. I highly recommend them both!
Read more
5 people found this helpful
Helpful
Sending feedback...
Thank you for your feedback.
Sorry, we failed to record your vote. Please try again
Report abuse

Melissa
4.0 out of 5 stars Love stories for all our heroines.
Reviewed in the United States on February 23, 2020
Verified Purchase
I chose to purchase this based on the reviews. I rarely buy book w/out reading them but as this was not a KU offering I took the chance. I'm glad i did. For something not focused solely on D&E, it was very good. The beginning was slow and I worried that I would regret the purchase but by chapter 3 or 4 I was hooked and did not want to put it down. I was cooking dinner w my kindle in hand.

The book bounces from the five Bennet sisters and Charlotte's love stories. Normally, I dont care about the other sisters, but this was so cute! I will say, other than "The Frog Prince," I did not really get the fairy tale story vibes. If I had not known that was the intent, I may not have noticed the inferences at all. But I am glad it was not so blatantly obvious as to be hokey.

I loved the choices the author made. Wickham accuses Darcy of WAY more than just cheating him out of the living, essentially assigning all his own sins to D, which makes D all the more repugnant to E.

I loved the growth of the 3 younger Bennets. Mary realizes that her overly righteous attitude is pushing people away, Kitty realizes that it is ok to be true to herself and not follow Lydia so much, Lydia craves a parents attention and discipline and, when she finds it tho not from her own parents, she sees the folly in always behaving as a flirtatious brat and discovers a love of politics and reading.

I loved that we saw true love between Charlotte & Collins and Colonel Forster and Harriet. And how Collins stood up to LCdB.

If I had any negatives it would be that there was very little real romance between any of the couples. And I was not crazy about Jane's story but she's never been a favorite character.

This will be a book I'll read again and again. And the blurbs at the end for Mrs. Courtney's next books have me waiting anxiously for their publication! Especially 'I Never Knew Myself!'
Read more
2 people found this helpful
Helpful
Sending feedback...
Thank you for your feedback.
Sorry, we failed to record your vote. Please try again
Report abuse

JKom
5.0 out of 5 stars Delightful take on the P&P romances!
Reviewed in the United States on February 19, 2020
Verified Purchase
I'm on a JAFF binge and have gone through at least two dozen P&P variants in the last four months. This is the first solidly 5-star novel I've found. Ms. Courtney adapts fairy tales to match P&P characters, and does a fine job of it.

I loved the use of each chapter being the "voice" of one character's. The author keeps the characters consistent with Austen's novel, even as she weaves the story arc. This is a creative and charming story, and I really enjoyed it. The romance between E and D is well paced. Jane grows a spine. Mary stops being a prig. Kitty stops being Lydia's shadow. Lydia learns the difference between being popular versus being respected.

Hghly recommended! I'll be keeping this one permanently.
Read more
2 people found this helpful
Helpful
Sending feedback...
Thank you for your feedback.
Sorry, we failed to record your vote. Please try again
Report abuse
See all reviews
Fast, FREE delivery, video streaming, music, and much more
Prime members enjoy Free Two-Day Shipping, Free Same-Day or One-Day Delivery to select areas, Prime Video, Prime Music, Prime Reading, and more.
> Get started
Back to top
Get to Know Us
Make Money with Us
Amazon Payment Products
Let Us Help You
EnglishChoose a language for shopping. CanadaChoose a country/region for shopping.
© 2008-2020, Amazon.com, Inc. or its affiliates