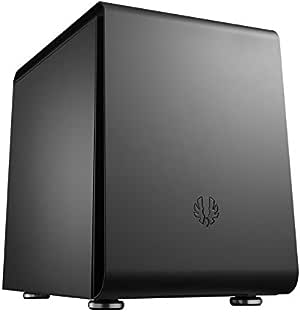 Visit the BITFENIX Store
3.7 out of 5 stars 25 ratings
Currently unavailable.
We don't know when or if this item will be back in stock.

Amazon.ca Returns Policies:Electronics purchased from Amazon.ca, or a seller but fulfilled by Amazon, can be returned to Amazon.ca within 30 days of delivery of shipment via our online Returns Centre. These items must be in new condition with original packaging and accessories. We cannot accept returns of products and we will not refund items missing the serial number or UPC (including musical instruments, televisions, or consumer electronics).

Would you like to tell us about a lower price?

3.7 out of 5 stars
3.7 out of 5
25 global ratings
How are ratings calculated?
To calculate the overall star rating and percentage breakdown by star, we don’t use a simple average. Instead, our system considers things like how recent a review is and if the reviewer bought the item on Amazon. It also analyzes reviews to verify trustworthiness.
Top reviews

micro.master
4.0 out of 5 stars Many options for a small case
Reviewed in the United States on July 6, 2017
Verified Purchase
This is a great case. I ended up liking this more than I thought I would. The stock photo makes it look like an ugly cube, but it is so much more. The features I like are the small things that made the build easier. Your PCI slots are held in place with a single slide & lock in place piece. I didn't have to mess around with screws that usually strip out for the graphics card or put the empty panels back in. There's a panel that holds all the 2.5 ssd's and it's removable. In my case, I used the m2 slot for everything, so I freed up space by leaving it out.

Now on to the few things I don't like about it. The power button and usb slots are on the side of the case. No big deal, but if you're using a compartment type desk, they're inaccessible unless you pull the case out halfway. The cables to power these buttons are also attached to the side panel.So, every time it's taken off, you have to be careful not to yank too much or you'll rip them from the motherboard. The giant vent on top makes top fan installation easy, but it also lets all the fan noises escape. In my case, most of the noise is coming from Intel's stock fan, and would be greatly reduced if I replaced it. Other than a few awkwardly placed features, I'm surprised how much I enjoyed working with this small, simple, yet brilliantly built case.

Randy
5.0 out of 5 stars Would recommend for anyone doing an air-cooled system with only 1 ...
Reviewed in the United States on December 10, 2015
Verified Purchase
This case is very sleek and much smaller than your typical desktop tower. For that reason, it was more of a challenge to build in and keep cables managed, but overall it was worth it. My desktop is so much easier to transport and there is a lot more room on my desk. Would recommend for anyone doing an air-cooled system with only 1 graphics card. Keep in mind the PSU is mounted vertically in the front, so a full size ATX power supply can potentially block your PCI-E slots for graphics cards, forcing you to move it up to a different slot. Top fans still have a bit of clearance however (see photos), so everything is running cool!
Read more

Mikel
5.0 out of 5 stars Fantastic Case! Experienced builders only.
Reviewed in the United States on March 30, 2014
Verified Purchase
This case is as small as they get while still allowing you to pack in loads of powerful components — all while maintaining a beautifully minimalist aesthetic.

Be warned, if you've only built a few machines, I would imagine you will most likely be unscrewing and reconfiguring your components. The case requires you to visualize and install certain components first (or run specific cables first) — otherwise you risk blocking off access to other hardware or undoing everything if you forgot hardware.

I am currently running two 10.5" flagship video cards with no heat/space issues (5.25" bay removed and a standard sized PSU).

The reverse airflow design isn't all that bad, it actually works quite well. I've placed my hand in a crack in the case and found no pockets of heat. That was with top intakes, rear exhaust and bottom 230mm exhaust fan. Odd to say the least, but it works.

I swapped the side panels to maintain a clean internal build, this leaves the power button etc. upside down on the other side but I'd much rather that than cables inside my case. Panel LED's are super bright, I disconnected them. I keep my SSD RAID on this panel as well, out of site. There's loads of room for older HDD's but I prefer non-moving parts on my build so I didn't test that aspect. Also, there's not much room for cable management but it's not impossible, you just have to pack it in reaaaally tight on the back pocket of space behind the PSU. I've seen people who don't take the time to manage their cables in this case and the end result looks like a bird nest of wires they tuck away and never tend to again — this is very bad for airflow and looks terrible. Tuck them away and you will be happy you did.

Originally I had a Corsair 120mm all-in-one cooler for my processor on the rear. A lot of reviews will tell you you've got to pick either a 240mm on the top (but only one video card) or two video cards and a 120mm all-in-one on the rear. This sadly, is true if you are using these units and air cooling. However! If you don't want to compromise, want a silent machine, a cooler machine and both of those video cards, then I am pleased to announce water cooling a CPU/GPU/GPU setup IS possible in this case.

At the time of this review I haven't seen a single image, thread, review about a custom loop in this chassis. In fact, most have said it's not possible etc. This is not so. I've found that for the time and money it takes to find the right cooling components that fit and cool well, the average person gives up (I can see why). But I became a bit obsessed with the challenge and it paid off. I do have a lot of spare parts left after my search though :)

Up top, you'll want no more than a 47mm thick radiator with some awesome Yate Loon (20mm version) in pull — since heat rises. On the GPU's you have to find blocks and an SLI connector that is flush with the block and allows the outlet to flow along the length of the card. The rear can take a 140mm radiator no thicker than 55mm. Push or Pull for your positive/negative airflow preference but no push/pull. Find a 110mL pump/res combo, hook your tubing up and you're good to go. The trick here is good fans and decent thickness on your radiators. Note this is the absolute minimum to keep this loop cool with two flagship cards and a moderate overclock on the CPU. I highly recommend against over clicking the GPU's with the rad space you have to work with — remember, cool and quiet is all I was after.

That's it! If you thought assembling this thing on air was tough, adding water to these tight spaces is even more challenging. Enjoy the case, it really is phenomenal. :)

A. M. W.
5.0 out of 5 stars Great case, not best case for me.
Reviewed in the United States on October 24, 2018
Verified Purchase
I bought this thinking it would be perfect for a FreeNAS setup. I was wrong. This is better for a space-conscious PC. The engineering is excellent and is certainly not your average computer case setup. Some of the rubber grommets used to secure the drives are suspicious, but they do the job and keep it very silent. If you're looking for a small PC case, this would be it.
Read more
Report abuse

S. Saxon
5.0 out of 5 stars Tricky but worth the trouble
Reviewed in the United States on August 27, 2014
Verified Purchase
I bought this to rebuild an old micro-ATX system I had. I had just completed another case using the BitFenix Colossus Micro-ITX motherboard.

I really had mixed feelings about the micro-ITX build because the GPU was on the side of the case. Not so with this one. Here the GPU ended up near the top of the case, and I was able to install two 120mm fans in a push/pull configuration, one blowing cold air into the GPU, and the second pulling hot air out of the case.

It was certainly a fiddly case to build in, just because it is so compact. Ended up taking the video card and fans out more than once because I realized I had forgotten something. But all in all, I go great temps out of it, the GPU is happy, everything is stable, and the case is amazing small for a micro-ATX. Especially given that I had a 4GHz Haswell Core i7 with a full size cooler (Cooler Master V8 GTS).

The one downside is the lack of DVD drive bay, but I had an external USB DVD drive, which I only needed to install the OS and haven't needed since.
Read more
Report abuse
See all reviews
Pages with related products. See and discover other items: atx case
Fast, FREE delivery, video streaming, music, and much more
Prime members enjoy Free Two-Day Shipping, Free Same-Day or One-Day Delivery to select areas, Prime Video, Prime Music, Prime Reading, and more.
> Get started
Back to top
Get to Know Us
Make Money with Us
Amazon Payment Products
Let Us Help You
EnglishChoose a language for shopping. CanadaChoose a country/region for shopping.
© 2008-2020, Amazon.com, Inc. or its affiliates