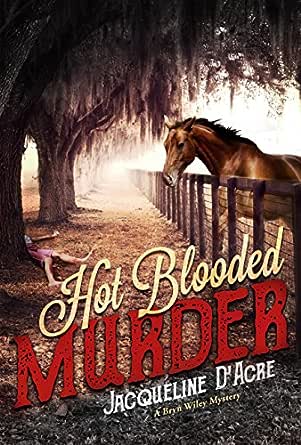 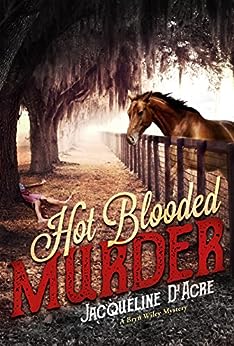 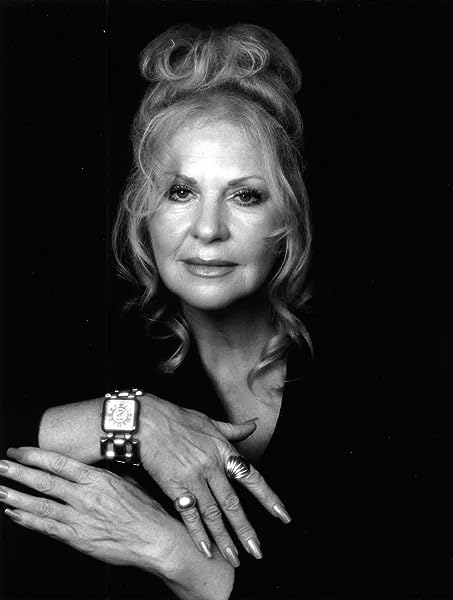 Jacqueline D'Acre lived in New Orleans for thirty years where she bred Egyptian Arabian horses. She also worked as a film and video writer/director, shooting over a hundred video's in the Gulf of Mexico. She was married and raised two children. Today she resides in Canada with her dog, a toy poodle named Ben. --This text refers to the paperback edition.

3.6 out of 5 stars
3.6 out of 5
7 global ratings
How are ratings calculated?
To calculate the overall star rating and percentage breakdown by star, we don’t use a simple average. Instead, our system considers things like how recent a review is and if the reviewer bought the item on Amazon. It also analyzes reviews to verify trustworthiness.
Top reviews

Jennifer Cryderman
5.0 out of 5 stars Great read
Reviewed in Canada on October 17, 2016
Brilliant. A great read I found it hard to put down.
Read more
One person found this helpful
Helpful
Comment Report abuse
See all reviews

Rebecca
4.0 out of 5 stars Enjoyable read!
Reviewed in the United Kingdom on March 30, 2019
Verified Purchase
There is nothing like a good murder mystery and this one doesn’t disappoint. The reader is quickly immersed into the story with a dead body turning up by the beginning of chapter 2! I enjoyed the authors choice to build the story around the equine world of horse breeding, making it nicely different.
The hero of the day is a strange character, who is an amateur detective who relies heavily on intuition and some slightly strange psychic moments. These luckily don’t detract from the pace or enjoyment of the story, but I felt they were a bit bizarre the way this dropped into the plot.
There is the usual range of suspects and I was nicely surprised by the final unveiling of the villain – it is always a treat when you haven’t already guessed a few chapters in.

Rebecca L.
3.0 out of 5 stars A Fast-Paced Mystery. **spoiler warning**
Reviewed in the United States on March 29, 2019
Verified Purchase
Bryn is an animal lover, writer, and amateur detective who is hard at work on a story about Morgan horses when she encounters a dead body in a stall. She believes the prize-winning stallion in question has been framed for the attack, putting his life at risk and potentially allowing a human culprit to get away with the crime. Readers can certainly sympathize with Bryn’s desire to prevent the horse’s execution and possibly justify some of her earlier efforts to exonerate him.

The story is fairly good and reasonably action packed in terms of plot, making it an affordable and enjoyable read for the $1 Kindle price. However, I found it very difficult to relate to the narrator. Bryn has a penchant for illegally interfering in investigations, questionable taste in fashion, and a tendency to mock people for their accents. She also seems a bit nuts herself.

The constant spelling out of words in the Southern dialect rather than writing them down in ordinary English was unnecessary. If it was only one or two characters, used to describe their thicker than average accent, it would be acceptable. But this element was overdone to the point that it annoyed me.

It was also difficult for me to follow Bryn’s logic at times. For instance, she takes her dog along when she’s burglarizing an office. She’s always extremely careful about not leaving her fingerprints behind by constantly wearing gloves, yet human and dog hairs could easily fall out and be linked back to her through DNA testing. The dog could and does bark during the burglary.

Then there are her multiple brains, which might cause readers to wonder if she has some sort of mental disorder. Bryn’s premonitions also seemed more like her overly active imagination than anything else.

Needless to say, the character development could have been better. I simply couldn’t see why the protagonist initially considered another character a seriously bad guy, even if he did make a crude misogynist comment when she first met him. There was also another character who seemed to change a bit between his first and second appearances.

In other notes, there are some odd word choices scattered throughout the text, which may be an editorial or a dialect issue. And I didn’t much care for the epilogue because it's never specified what happened to all the characters who didn't end up dead or presumably in jail. However, that's a personal issue because I like stories to wrap up neatly at the end.

But for the $1 Kindle price, it was fine. The tale provided a few hours of entertainment at an affordable cost.

Kindle Customer
4.0 out of 5 stars Enjoyable.
Reviewed in the United States on January 27, 2019
Verified Purchase
A native Canadian with a horse raising background. Now making a living as a feature writer living I Louisiana, USA. So many things that I can relate to. Losing most of her horses due to a divorce, etc. This story touches on many things, effects of gambling, abusive relationships, and best of all, the joy of raising horses. The birth of a foal. I enjoyed it.
Read more
One person found this helpful
Report abuse

Gilda Barnes
3.0 out of 5 stars Three Stars
Reviewed in the United States on February 9, 2017
Verified Purchase
Couldn't get into it.
Read more
Report abuse
See all reviews
Fast, FREE delivery, video streaming, music, and much more
Prime members enjoy Free Two-Day Shipping, Free Same-Day or One-Day Delivery to select areas, Prime Video, Prime Music, Prime Reading, and more.
> Get started
Back to top
Get to Know Us
Make Money with Us
Amazon Payment Products
Let Us Help You
EnglishChoose a language for shopping. CanadaChoose a country/region for shopping.
© 2008-2020, Amazon.com, Inc. or its affiliates