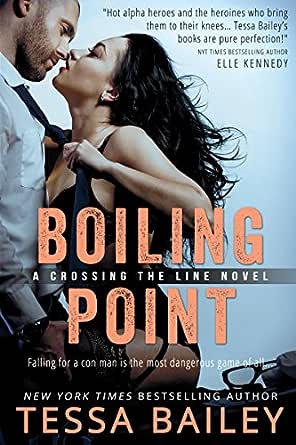 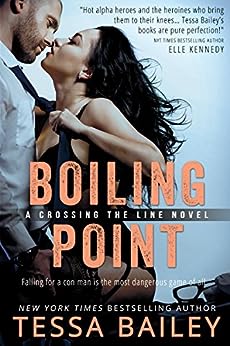 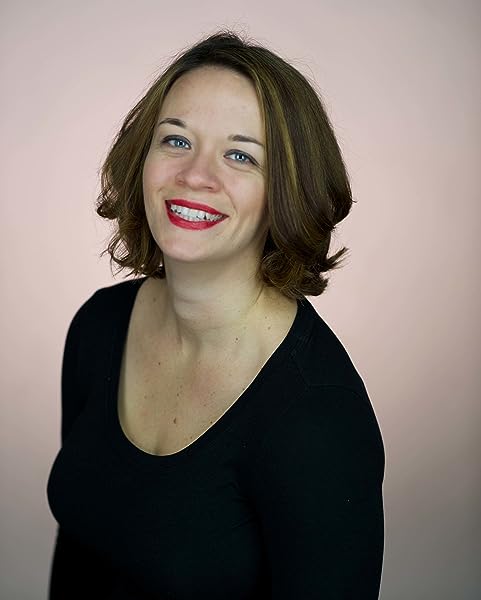 4.4 out of 5 stars
4.4 out of 5
85 global ratings
How are ratings calculated?
To calculate the overall star rating and percentage breakdown by star, we don’t use a simple average. Instead, our system considers things like how recent a review is and if the reviewer bought the item on Amazon. It also analyzes reviews to verify trustworthiness.
Top reviews

Minica
5.0 out of 5 stars This is by far my favourite novel to date
Reviewed in Canada on March 28, 2017
Verified Purchase
Tessa Bailey, the queen of dirty-talk, does it again! This is by far my favourite novel to date. it's the eprfect combination of a filthy-mouthed hero, strong and willful heroine along with a fast-faced, intriguing plot that keeps you up way past your bedtime.
If I had one reallllyyyy minor complaint, it would only be about the dialogue between Polly, her father and Austin. There was something weirdly unreal about it and I felt like I was reading about a totally different couple. Honestly, it feels more like a weird editing thing than a writing issue, so it doesn't take anything away from the rest of this sizzling book. :D

Diane
5.0 out of 5 stars Great Series....
Reviewed in Canada on June 24, 2016
Verified Purchase
Loved this book. AUSTIN and Polly holy hotness they were great must read better to follow the series live all the characters.
Read more
Helpful
Comment Report abuse

LaraH33
2.0 out of 5 stars Role reversal done wrong
Reviewed in Canada on January 19, 2020
It's not often I read a book by this author and am disappointed, sadly this is one of those times. It's not that the roles are reversed and Austin is the submissive, it's that I just couldn't seem to care about them. Both their lives are <i>so tragic</i>, and they're both <i>suffering endlessly</i>, and I was bored.

Part of that reason was that the build-up to the confrontation just took too long. I mean, they don't even really have anything to do with their target until the last three chapters. It was too many of prior chapters of Austin topping from the bottom. (If you're going to make the guy submissive, do it all the way for pity's sake. I have read good male submissive stories before, so I know it can be done.)

And is he really never going to interact with his child? How does he propose to continue stalking her without being away from Polly? Or is Polly going to have to join his stalking, and potentially come to resent his split loyalty? (I suppose if they ever have children those kids will join them on their jaunts to watch their older half sister?)

Finally, there was a steamy scene that just confused me too much to enjoy it at all. (A standing 69? Really? And neither of them was concerned about the blood rushing to her head?) I mean, the way it was written I honestly couldn't tell if he was on his knees in front of her, if she was facing the wall, or if she was just up the wall near the ceiling. There were actions that went against each of those options, adding to the confusion. It didn't become clear until about 90-95% through the scene and by that point I was too annoyed to find anything about it arousing.

Overall it's not going to stop me from completing the series. It's just a disappointment from an author I can usually count on for steamy good times.

Elle
4.0 out of 5 stars I know Tessa will not disappoint me with where she will take me with her story
Reviewed in Canada on January 26, 2016
I will say that I was worried at first, but it ended up surprising me somehow, luckily…

For some reason, this has a different feel than my previous Tessa read. For a good portion of the book, I’m preoccupied with why that is; which then led me to think that it wasn’t a good sign bec it meant I wasn’t fully engaged. I felt like I was being pulled in and out of the story and I couldn’t figure out why, until it dawned on me, ok maybe this is just me, that there was a lot of narrative on this one. I found myself quite a bit inside the heads of both Polly and Austin. Then I got it! After that, I know Tessa will not disappoint me with where she will take me with her story.

The dynamics alone between Austin and Polly were quite interesting. It’s got elements of a D/s relationship but not in a way that I expected or in the usual environment that I’m familiar with in my romance reads. It happened more organically in their case, because of the time that they’re in, the feelings that they have at the moment, and the situation that they both found themselves in at the time. Austin had his reasons and so did Polly. The reversal as well of the D/s roles lent a different flavor, I thought.

Austin has a colorful past, did a lot of things wrong and as his time with Polly progressed, just wanted to right certain wrongs. Polly is also a product of her past, bent on getting back at the person responsible for the wrong things that came her family’s way. There’s of course the instant attraction but it did grow from that. The more they worked together, that attraction just went really explosive. Then it took a really emotional turn which was unexpected, to a degree. By the end, I’m just as enamored with Austin as Polly.

And seeing this is a romantic suspense, can’t forget that part of the story; the mission that propelled these 2 to work together leading to the sequence of events. Well played, Austin & Polly.

I’ve said it before, and I’ll say it again; as far as I’m concerned, Tessa is the queen of dirty talk! Hot damn!

Della von Win
4.0 out of 5 stars Boiling Point - 4*
Reviewed in the United Kingdom on January 27, 2016
Verified Purchase
I'm a huge Tessa Bailey fan. I love the rhythm of her writing, her unique characters, the way she weaves her stories and yeah, the deliciously dirty sex scenes she crafts so effortlessly.

This is a Tessa Bailey book with a difference. The dirty-talking, alpha conman, Austin Shaw, is cast in a submissive/switch role. But rest assured, it so works. Austin's desperation to please Polly is so stark and visceral, at one point, it had me struggling to hold back tears. He is a truly beautiful, tortured soul. This is the most emotionally gripping book I have read from this author. I really connected with the vulnerability shown by both main characters. And it was oh, so hot. I bow down to the creativity of this author. Every story is original, every sex scene unlike the last. Just, keep going Lady T, please.

My only complaint would be that I, personally, felt that some aspects were neglected in favour of the mammoth romantic story arc. I'd have liked to have seen Polly's hacker skills explored in more depth as well as having the non-romance storyline fleshed out a bit more. Of course, I'd have had Ms. Bailey write an eight hundred page tome if I could! And despite all the cloak and dagger of the conman and the colour and excitement of the quirky supporting characters, Boiling Point turned out to be a stripped back, honest romance between two wonderful characters. I have everything crossed that Ms. Bailey continues this series and we'll see them again.

I received an ARC of Boiling Point from the author's publicist in return for an honest review.
Read more
Report abuse

Kindle Customer
4.0 out of 5 stars Whens the next one
Reviewed in the United Kingdom on January 26, 2016
Verified Purchase
I love Tessa baileys books and am enjoying the crossing the line series immensely. I gave 4 stars this time because honestly this wasn't my favourite of the series, it was refreshing that the hero and heroine share the dominant and submissive roles in this book, however I really enjoy a bossy , dominant alpha hero more. The story was good but I felt it lacked something maybe a bit more story regarding their pursuit of the villain would have added more substance? The sex was hot and well written but the story seemed to revolve around their relationship and the hero's angst at not being accepted and worthy of the heroine. I know blah, blah, blah 😄 in a but shell the book was good but I wanted more story more substance to their case and their relationship. Well dine Tessa please write more soon xx
Read more
Report abuse

Angela Nelly
5.0 out of 5 stars Unbeatable
Reviewed in the United Kingdom on January 25, 2016
Verified Purchase
TB is so reliably good at writing, her shopping lists should be available on Amazon. Spot on, just the the ticket. Jolly good show chaps! Love her take on how the English speak. Blimey!
Read more
Report abuse

Bibliophile
2.0 out of 5 stars Not enough story, too much sex
Reviewed in Germany on May 10, 2020
Verified Purchase
First of all, I read the whole “Line of Duty, Serve and Crossing the Line Series” and enjoyed it very much.
Tessa Bailey used to write romance with gripping storylines seasoned just with the right amount of sex and alluring male protagonists.

However, unfortunately this is not true for the last two Crossing the Line volumes (3 and 4). The storylines are tenuous at best and the alpha males are just not convincing. Frankly speaking, you do not fool around right before you have to face a really life-threatening and dangerous situation, it is purely and simply not realistic. And moreover, the alpha males she describes, they would certainly be able to restrain themselves here and there when the situation requires.
My advice: Basically Yes to romance and some sex, but in healthier doses and a little bit more convincingly.
Read more
Report abuse
See all reviews
Fast, FREE delivery, video streaming, music, and much more
Prime members enjoy Free Two-Day Shipping, Free Same-Day or One-Day Delivery to select areas, Prime Video, Prime Music, Prime Reading, and more.
> Get started
Back to top
Get to Know Us
Make Money with Us
Amazon Payment Products
Let Us Help You
EnglishChoose a language for shopping. CanadaChoose a country/region for shopping.
© 2008-2020, Amazon.com, Inc. or its affiliates