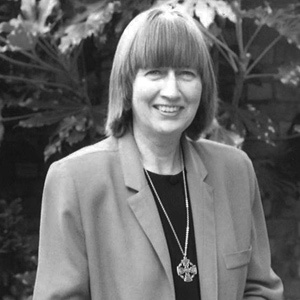 The rich and mighty saga of a wealthy and titled English family in Ireland during the 19th century. --This text refers to the paperback edition.

Susan Howatch (b. 1940) is a British novelist who has penned bestselling mysteries, family sagas, and other novels. Howatch was born in Surrey, England. She began writing as a teen and published her first book when she moved to the United States in 1964. Howatch found global success first with her five sagas and then with her novels about the Church of England in the twentieth century. She has now returned to live in Surrey. --This text refers to an alternate kindle_edition edition.

Grippingly readable Sunday Times Larger than life... a fascinating saga... it has all the right dramatic and romantic ingredients Woman's Journal A mesmerising storyteller Daily Telegraph Truly unputdownable The Times --This text refers to an alternate kindle_edition edition.

The rich and mighty saga of a wealthy and titled English family in Ireland during the 19th century. --This text refers to the paperback edition.
Read more

4.3 out of 5 stars
4.3 out of 5
726 global ratings
How are ratings calculated?
To calculate the overall star rating and percentage breakdown by star, we don’t use a simple average. Instead, our system considers things like how recent a review is and if the reviewer bought the item on Amazon. It also analyzes reviews to verify trustworthiness.
Top reviews

arikara
4.0 out of 5 stars A very good, enjoyable read
Reviewed in Canada on June 7, 2017
Verified Purchase
I've read many books by this writer, some I liked more than others. Although I enjoyed Cashelmara, I found it dragged on a bit in the middle and the ending was a bit abrupt. That's not to say that it isn't a good read because it is very good but it just isn't quite equal to her wonderful masterpiece... in my opinion at any rate... "The Wheel of Fortune" and rightly or wrongly I'm inclined to judge her other works against that one. Regardless, I can still give Cashelmara a solid 4 star rating and recommend it highly.
Read more
Helpful
Report abuse

kaygee
4.0 out of 5 stars So far, so good.
Reviewed in Canada on September 1, 2020
Verified Purchase
I have not finished reading this. Good so far, but can't rate 5 stars at the present time.
Read more
Helpful
Report abuse

Sarah
5.0 out of 5 stars Fantastic historical fiction
Reviewed in Canada on December 28, 2020
Verified Purchase
Such a good read especially if you like Ken Follet’s work.
Read more
Helpful
Report abuse

Cathy
5.0 out of 5 stars An old favourite of mine!
Reviewed in Canada on August 14, 2013
Verified Purchase
Great story! I had read it many years ago and found it as delightful as before!
Wonderful author! Very descriptive!
Read more
One person found this helpful
Helpful
Report abuse

M D
1.0 out of 5 stars Very disappointing.
Reviewed in Canada on June 10, 2018
Verified Purchase
A dreadful book, only sheer determination made me finish it.
Read more
Helpful
Report abuse

Wesley G. Campbell
2.0 out of 5 stars A bit frothy.
Reviewed in Canada on January 13, 2017
Verified Purchase
I had read Susan Howatch before. Found this work a bit frothy but for light reading acceptable.
Read more
Helpful
Report abuse

luv2knit
5.0 out of 5 stars Five Stars
Reviewed in Canada on April 29, 2015
Verified Purchase
One of my favourite books!
Read more
Helpful
Report abuse
See all reviews

Jan Ruth Books
5.0 out of 5 stars Epic Historical Family-Saga
Reviewed in the United Kingdom on August 1, 2020
Verified Purchase
Cashelmara is loosely based on the lives of Edward I II and III; although this story mostly takes place in late nineteenth-century Ireland, through those troubled times when the country was besieged with famine and uprisings, and frequently at odds with the Protestant Englishmen who owned the estates. An epic, historical saga written from 6 different viewpoints, the story follows the fortunes of three generations beginning with Edward de Salis and his second marriage to his wife’s cousin, a young American, Marguerite. The eldest son from Edward’s first marriage naturally inherits everything on his death: the Irish estate, Cashelmara, plus the beautiful English county mansion where Patrick grew up, and his considerable wealth. Unfortunately Patrick does not inherit his father’s head for business, and although he follows in his footsteps when he marries his step-mother’s American cousin, Sarah, his drinking, reckless spending and gambling looks set to ruin everything. Forced to live humbly at Cashelmara, Patrick spends his time cultivating the garden and perfecting his wood-carving skills, and continues to form intense ‘friendships’ with men rather than pursue a more serious occupation fitting to a gentleman of his class. When the insidious Derry Stranahan becomes intimately involved not only with Patrick, but also with managing Cashelmara’s estate, the rot really sets in. Poor, beleaguered Sarah forms her own, dangerous allegiance with Hugh McGowan, both romantically and otherwise, and before too long the fate of Cashelmara is the subject of a scandalous power struggle giving rise to affairs, betrayal, revenge, and murder.

This is a heavily characterised novel and the structure is superb, allowing one to be fully immersed not only in the narrators head, but in another time and place as the plot is skilfully moved forwards without repeating what we already know, and without revealing all. There is a strong element of psychology allowed to influence character motivation, leaving no doubt that these events happened. Vivid historical detail, the suppression and sexual naivety of women, the super-rich and the super-poor and the iron fist of the church are all incorporated to great affect.
Read more
Report abuse

Lulu
3.0 out of 5 stars Not as well contructed as Penmarric.
Reviewed in the United Kingdom on March 20, 2021
Verified Purchase
As a history buff I find the parallel with the royal story interesting but some of her characters are not as well drawn as they could have been. And it literally ends as if she'd run out of steam. But the book is so readable in a commercial sense the pages are eagerly turned. There's nothing like a nice thick book to read in the lockdown!
Read more
Report abuse

R. Lawler
5.0 out of 5 stars One of her best
Reviewed in the United Kingdom on September 20, 2013
Verified Purchase
Susan's early writings such as Penmarric and Cashelmara top the scale as far as I am concerned.

Another gripping family saga, this time set in Ireland - the bleak description of the damp miserable setting is so real you can almost sense the experience. Without wishing to spoil this for any person reading this review, I found her descriptions and writing of one of the characters so chilling that there were times when I was actually scared of continuing to read (even though I have read this book twice before in the 70's and 80's!)

If you liked Penmarric you will also love this - I'm really sorry that I have finished it as all her early books are a pretty hard act to follow. Need to hunt for another one now - will probably re-read Wheel of Fortune or the Rich are Different. All these four books above are wonderful reads for anyone who likes gripping, intelligently written novels to get lost in.
Read more
4 people found this helpful
Report abuse

Kate Maguire
5.0 out of 5 stars Brilliant
Reviewed in the United Kingdom on November 5, 2019
Verified Purchase
I have read and re-read both this and Penmarric over the years and I still enjoy them so much. The characters are wonderful and the descriptions of the surrounding areas and time that they are set in described so vividly.
Read more
2 people found this helpful
Report abuse

B. Rutherfoord
5.0 out of 5 stars Cashelmara
Reviewed in the United Kingdom on June 12, 2014
Verified Purchase
You read this book and think all of this could not possibly happen to one family, but you know it did to the kings and queens of England. What family intrigue and plots. Susan Hawatch takes the happenings from history and places them into the life of an ordinary family. This not only brings the history to life it gives an insight into the complex political effect of life within any family where power and greed dominate. Great to read and gripping to the end.
Read more
Report abuse
See all reviews
Back to top
Get to Know Us
Make Money with Us
Amazon Payment Products
Let Us Help You
EnglishChoose a language for shopping. CanadaChoose a country/region for shopping.
© 2008-2021, Amazon.com, Inc. or its affiliates