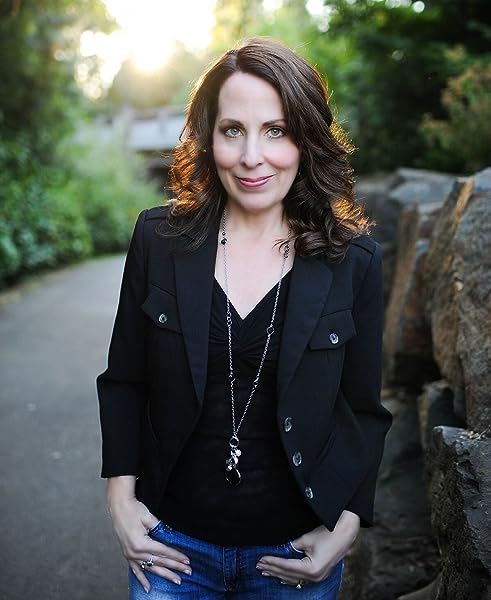 Start reading Chilled (A Bone Secrets Novel Book 2) on your Kindle in under a minute.

Kendra Elliot has always been a voracious reader, cutting her teeth on classic female sleuths and heroines like Nancy Drew, Trixie Belden, and Laura Ingalls before proceeding to devour the works of Stephen King, Diana Gabaldon, and Nora Roberts. She lives and writes in the rainy Pacific Northwest with her husband, three daughters, and a Pomeranian, but dreams of living at the beach on Kauai.

4.5 out of 5 stars
4.5 out of 5
2,114 global ratings
How are ratings calculated?
To calculate the overall star rating and percentage breakdown by star, we don’t use a simple average. Instead, our system considers things like how recent a review is and if the reviewer bought the item on Amazon. It also analyzes reviews to verify trustworthiness.
Top reviews

S. A. Cox
3.0 out of 5 stars Not the best book by this author
Reviewed in Canada on July 9, 2016
Verified Purchase
Not the best book by this author. I have read "Known" and because it was such a good story, I bought four other Bones Secrets novels. The cover of this one states "You will not be able to start this book without finishing it all in one sitting" I did not find this to be so. Kendra Elliottt is a good author, but this is not her best effort by a long shot. It doesn't get to be a good story until the last few chapters.
Read more
Helpful
Report abuse

3bunnies
3.0 out of 5 stars Somewhat slow moving, poor editing
Reviewed in Canada on March 29, 2014
Verified Purchase
The book kept me reading, but did seem slow in many respects. It was not totally predictable, which is a plus. As I felt with Hidden, the editing was terrible in places. It may have just been the Kindle edition, but 2 people with dialogue in the same paragraph, and sometimes 2 consecutive sentences was a little distracting.
Read more
Helpful
Report abuse

Carolyn
4.0 out of 5 stars Good read
Reviewed in Canada on February 4, 2021
Verified Purchase
Good reading the second one in the three I bought. I thought the books were a series but they are not still want to read the third one.
Read more
Helpful
Report abuse

Kindle Customer
4.0 out of 5 stars Cold revenge
Reviewed in Canada on March 4, 2017
Verified Purchase
I found it a slow start and could not connect to the characters at first. Once i did I enjoyed the read. Could make a good movie.
Read more
Helpful
Report abuse

LSTucker
5.0 out of 5 stars Great Read
Reviewed in Canada on February 25, 2016
Verified Purchase
Loved the whole series!! Bought them all for my Kindle. This is #2 in the Bone Secrets Series.
Read more
Helpful
Report abuse

T Anderson
5.0 out of 5 stars Great Romantic Suspense
Reviewed in Canada on October 23, 2012
Verified Purchase
This was my first 'Kendra Elliot' book and I really enjoyed it. CHILLED has exactly the right balance of romance and thriller action for my taste.
Read more
Helpful
Report abuse

Kindle Customer
5.0 out of 5 stars Great read
Reviewed in the United Kingdom on March 11, 2020
Verified Purchase
Kendra Elliot has written another fantastic story with Book 2.
Alex, a man who is haunted by his brother's death, goes out of his way to prove it wasn't suicide. He follows the killers process as the killer is transferred from jail to jail. Not understanding why Darren Besand, a serial killer, was transferred so many times with weak escorts, Alex decided to probe deeper. Eventually, he set his sights on the Top Dog, Paul Whittenhall, headman of the Marshall's. Alex had a deep feeling that, somehow, Whittenhall knew more than he would let on, or he was playing dirty by giving Besand a way to escape.
When a plane carrying Besand to another prison crashes in the snowy mountains, Alex joined the rescue team under false pretext. One way or another, he would find out if Besand had survived the crash.
Brynn, a beautiful nurse and also part of the rescue team, becomes fascinated by Alex. As the days wore on, and the weather worsened, they became more close.
What happens between Brynn and Alex?
Did Besand die in the crash or is he alive and watching them?
Will Brynn's ex, Liam, finally find her and put a stop to Brynn and Alex's shenanigans?
Readers will have to buy this book for the answers. Well worth the 5 stars.
Read more
One person found this helpful
Report abuse

TheOnlyLaHeffa
4.0 out of 5 stars Crank up the heat...this is a mighty fine bone chilling thriller
Reviewed in the United Kingdom on December 8, 2013
Verified Purchase
Chilled is Elliot's second book and loosely follows on Hidden. It features as the main character, the quiet Alex Kinton, who is Jack Harper's best friend who unselfishly helped him keep Lacey safe. The book starts off to a bone chilling leap with a group of search and rescue team members about to set off looking for a downed aircraft in a sub zero snow storm. Alex forces himself into the group by claiming to be a federal agent looking to search for survivors. The only female team member is Brynn, the group's nurse and these two main characters immediately feel an attraction to each other that surpasses their circumstances. But all is now what it seems: Alex is desperately looking for one of the aircraft passengers, a convicted serial killer who murdered his mentally retarded brother; Paul Whittenhall (the genuine FBI head) is trying everything in his power to prevent Alex from returning alive; and the rescue team is faced not only with an avalanche, but also a dreadfully ill team member making it impossible to return as early as they hoped. The team is stranded in near arctic conditions, with a killer in the lose, diminished supplies and sick and injured team members. Chilled is far better than Hidden, the first book on the Bone Secrets series. The characters are more likeable and thankfully this installment has lost some of the Mills & Boon-ishness of the first book. I'm looking forward to starting Buried and I'm hoping the books improve as they progress.
Read more
2 people found this helpful
Report abuse

D. J. Jones
5.0 out of 5 stars Another good read
Reviewed in the United Kingdom on June 23, 2014
Verified Purchase
Having by now already downloaded,read and thoroughly enjoyed, three of Kendra Elliot's books during my holiday I started on this, my 'fourth in a row', hoping that she had followed her approach of 'same people, different focus'. She hadn't but it was on a similar theme and didn't take long to gain my interest. Once again I was 'hooked' and completed this whilst still on holiday - two 'firsts' for me - FOUR books in a week and FOUR by the same author, one after the other.

Not everyone will like these books, we all have different tastes, so this review is simply my personal view - but I know what I like and I use the same process for awarding stars to show why I like, or dislike, a book. I make my 'star ratings' based on awarding one star for a 'yes' to each of the following questions: 1. Did I enjoy the story? 2. Did it hold my attention throughout? 3. Did I get to know the characters and care what happened to them? 4. Was I sorry that the story finished - did I want to read more? and 5. Would I buy another book from this author? The answer to each of those is 'yes' and consequently this is yet another Kendra Elliot book that gets all 5 stars.
Read more
Report abuse

christine taylor
4.0 out of 5 stars Good plot. Great read
Reviewed in the United Kingdom on February 13, 2019
Verified Purchase
Bery good story. I have read 5 of these and whilst the plot and story are very good they were spoiled for me bu jyst ine chaper of very explicit sex. If I had wanted this I would read 50 shades of grey not crime thriller. Apart from this, which I just skimmed over, the books wrre very goo and once started to read couldn’t put now and have now read 5 one after the other
Read more
Report abuse

graham jarvis
4.0 out of 5 stars A very good book, well worth a read
Reviewed in the United Kingdom on March 27, 2014
Verified Purchase
I started this book with high hopes and was dismayed that although its supposed to be the second in a series, the characters from the last book were not in this. Don't get me wrong, it is well written, entertaining and difficult to put down, but it has nothing at all to do this the first book in the series, completely different characters, different place and I felt somewhat let down by this. This is called the bone series and the first book started with bones being found so that made sense, but although there were bodies in this novel there were no bones to be seen. So I am saying I don't get why this is part of a series, maybe it will come clear in a later novel, but at the moment I have no answer.
As a stand alone novel though, it's excellent and I recommend a read, you wont be disappointed.
Read more
Report abuse
See all reviews
Back to top
Get to Know Us
Make Money with Us
Amazon Payment Products
Let Us Help You
EnglishChoose a language for shopping. CanadaChoose a country/region for shopping.
© 2008-2021, Amazon.com, Inc. or its affiliates