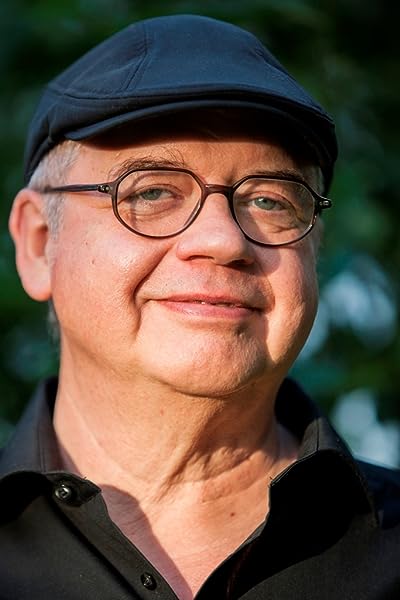 by Evelin Burger (Author), Johannes Fiebig (Author)
4.6 out of 5 stars 279 ratings
See all formats and editions
Sorry, there was a problem loading this page. Try again.

Evelin Burger and Johannes Fiebig have written more than 30 books on tarot, the interpretation of dreams, fairytales, and other symbols and oracles, which have been translated in more than 10 languages and have sold more than 1.7 million copies. They have two adult children, and live near Kiel at the Baltic Sea, Germany. For more information, go to fiebig-und-buerger.de.

4.6 out of 5 stars
4.6 out of 5
279 global ratings
How are ratings calculated?
To calculate the overall star rating and percentage breakdown by star, we don’t use a simple average. Instead, our system considers things like how recent a review is and if the reviewer bought the item on Amazon. It also analyzes reviews to verify trustworthiness.
Top reviews

Crystal
5.0 out of 5 stars Sooooo much info!!!
Reviewed in Canada on July 20, 2020
Verified Purchase
For a beginner tarot read this book has SO much info! So many layouts and so many things I didn’t even know of! This book will help me become a better tarot reader!
Read more
Helpful
Report abuse

Erica
3.0 out of 5 stars Not mindblowing, but handy
Reviewed in Canada on December 25, 2002
This book didn't have quite the range of spreads that I'd hoped, but I did expect that when I bought it and I wasn't sorry. I won't comment on the introductory segments on numerology, astrology, or general card theory, as I largely skipped over that (although I suppose that's worthy of comment in itself). As some other reviewers have mentioned, of the 120 (or however many) spreads that there are in this book, a very large number of them are one, two, and three card spreads. I tend to make up my own spreads, often on the fly, so what I've found useful about this book is that both the simplistic and complex spreads give me different ideas or angles to use when I create my own spreads. To date, I've used this book to avoid getting into a rut in the way I define my cards, and I've used it to get inspiration for new spreads of my own. Quite frankly, I could get a lot of the same information browsing the web for spreads, but it's much more convenient for me to have a nice little collection that I can keep in the same place as my cards, plus it saves me the footwork.
In summary, this is an inexpensive book that I'd recommend for anyone with moderate expections looking for ideas or inspiration, but this book will definately not present you 100 new fancy spreads that you've never heard of before.
Read more
3 people found this helpful
Helpful
Report abuse

Theia
3.0 out of 5 stars Simple Spreads For The Beginner
Reviewed in Canada on January 6, 2004
Most of this book is filled with pictures of layouts with two or three word descriptions of the meanings of each position. When I got this book I had been studying tarot for only two months. I found that my intuitive senses seemed to dull after considering only three or four cards. I did not have the experience to comfortably interpret large spreads like the Celtic Cross. Sensing connections in such a large spread was also difficult. Enter "The Complete Book of Tarot Spreads." The layouts are mostly smaller (2-6 cards) making reading much more accessible to the beginner. Many of the layouts have several variations, and by studying the variations I began to understand how to create my own layouts.
A more experienced tarot reader now (but not that experienced), I still occasionally turn to this book for ideas on creating my own layouts but rarely use the simple layouts now. The descriptions of the positions are incrediably simple. In some cases so simple I don't even understand what they mean.
If you are a beginning student looking for simple spreads, buy this book. If you are comfortable with larger spreads like the Celtic Cross or other spreads using greater than ten cards, don't waste your money.
Read more
3 people found this helpful
Helpful
Report abuse
See all reviews

Reba
2.0 out of 5 stars It's alright, but not amazing
Reviewed in the United Kingdom on May 10, 2021
Verified Purchase
I have quite a few tarot books and wanted to look at something spread focused to help my practice. This is okay, I wouldn't recommend particularly as it's literally just pages of templates of the spreads without explanation. It's not interesting and doesn't discuss with case studies of spreads, which would have been nice (or activities to help you develop your own or play with the spreads in the book, for example).

It won't deepen your practice and is probably better maybe as a reference guide. To be honest, there are other books dedicated to tarot practice more generally but are far better at spreads. The Tarot Bible by Sarah Bartlett has a far better section on spreads, for example. I'm now looking around for another book on spreads that's more comprehensive and elaborates more. A bit disappointing.
Read more
Report abuse

YanaYana
4.0 out of 5 stars It’s ok
Reviewed in the United Kingdom on October 24, 2019
Verified Purchase
You will find some interesting information and only templates for spreads nothing more unfortunately- no explanation included.
Read more
One person found this helpful
Report abuse

Mr. A. D. Jackson
4.0 out of 5 stars A very good book. Love some of the spreads
Reviewed in the United Kingdom on August 22, 2017
Verified Purchase
A very good book. Love some of the spreads. Inspired me to really make some changes to the spreads I already used and gave me some easily digestible information that I can add to enhance the reading experience.
Read more
2 people found this helpful
Report abuse
See all reviews
Back to top
Get to Know Us
Make Money with Us
Amazon Payment Products
Let Us Help You
EnglishChoose a language for shopping. CanadaChoose a country/region for shopping.
© 2008-2021, Amazon.com, Inc. or its affiliates