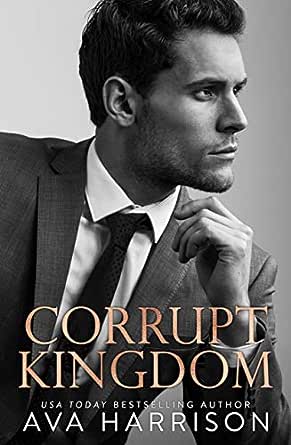 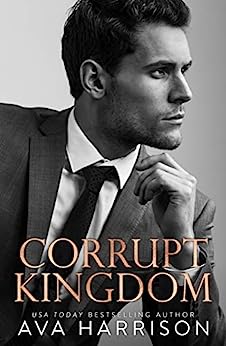 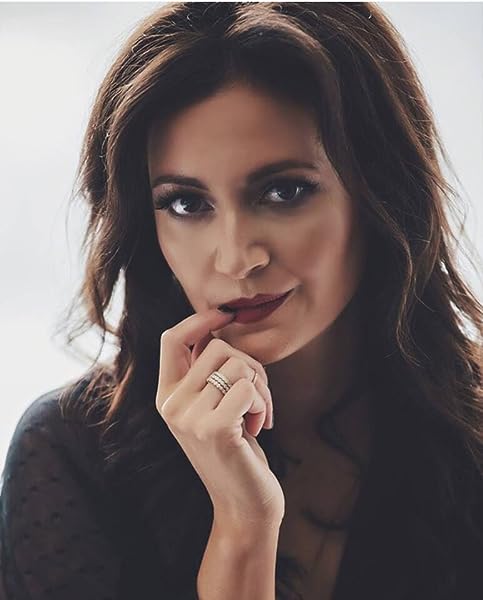 4.3 out of 5 stars
4.3 out of 5
234 global ratings
How are ratings calculated?
To calculate the overall star rating and percentage breakdown by star, we don’t use a simple average. Instead, our system considers things like how recent a review is and if the reviewer bought the item on Amazon. It also analyzes reviews to verify trustworthiness.
Top reviews

Joanne
5.0 out of 5 stars Tale of Enemies to Lovers that keeps you dying for more!!!
Reviewed in Canada on April 13, 2020
This enemies to Lust to Lovers story had me glued to my Kindle!! Ivy, a young woman becomes a victim to an abduction to pay a debt. Cyrus, a sexy ruthless banker for the dark world decides to step in and protect her. Cyrus refuses to tell her why she was taken from her home. This story is definitely a different type of story. The instant pull between them seems to have taken over their senses. They fight their urges which just seems to get harder, the more they know about each other. The bantering, chemistry and intense scenes kept my interest throughout. I loved this book and found the end was perfection!! Sorry to see it end!!
Read more
One person found this helpful
Helpful
Report abuse

Jenny W
5.0 out of 5 stars Cyrus, Sex on a stick!
Reviewed in Canada on April 15, 2020
Loved this book. Kept you on the edge with all the happenings!
And don’t get me started on Cyrus......
A must read if you enjoy a good book with lots of twist and turns!
Ava Harrison is my go to Author from now on!
Read more
Helpful
Report abuse

Jessica Page
5.0 out of 5 stars Great read!
Reviewed in Canada on June 26, 2020
Great read! Will read more from this author. Like most romances there is predictability but the characters are fun, well developed and have great chemistry. Dark undertones but it is done so well that you're left rooting for the antihero.
Read more
Helpful
Report abuse
See all reviews

sharon forsyth shazza
5.0 out of 5 stars Fantastic
Reviewed in the United Kingdom on May 5, 2020
Verified Purchase
This book was amazing I couldn't put it down. Cyrus wow swoon worthy and then ivy brilliant character's. It's a brilliant story.
Read more
Report abuse

Keri Loves Books
5.0 out of 5 stars Finding Light In The Dark
Reviewed in the United States on April 13, 2020
Verified Purchase
This incredibly HOT villain will have you embracing the darkness. He’s nobody’s hero, but he’ll become her savior.

Cyrus is a kingpin for the underworld. He’s ruthless in his business. His clients are criminals. You don’t get to be as wealthy or as powerful without leaving a trail of casualties.

Ivy is young and sweet. Too bad her only fault was being born to a man without morals. Her father gets in over his head gambling, so to match a bet he puts up his daughter.

Ivy is about to be handed over to a man with no regard for women or life. Cyrus may be many things, but skin trade is not something he tolerates. It’s his poker game, so protecting her becomes his issue.

This could mean a war with the Russian mafia, but once Cyrus sees Ivy, he’ll do what needs to be done to protect her.

A slow burn romance between a villain and the woman who who brings light to his life. He’s a man with walls so thick no one has ever gotten through...until her. She breaks him down bit by bit. Their interaction began out of necessity, but their feelings grew out of chemistry and an unlikely friendship. Cyrus is all alpha and willing to protect Ivy at all costs. She started as a complication that quickly became his everything, the only thing that mattered.

This story was steamy with elements of suspense and a few twists that will surprise you. I loved the ending and the epilogue was perfect. Enjoy this dark and sexy romance.
Read more
62 people found this helpful
Report abuse

Sirius Bax
2.0 out of 5 stars Corny
Reviewed in the United States on May 17, 2020
Verified Purchase
Spoilers- Boring and cringe-worthy. Girl gets kidnapped for bad guy Cyrus’ benefit. He is a “devil” of a man and people should fear him, yet he has morals on hurting women (but he has no issue kidnapping one). Takes girl to island and visits her every few days to feed her. Gives girl a stupid nickname “Sun” which he constantly uses... Girl loves to garden (her passion/hobby) and island conveniently has a greenhouse on it. Cyrus does not want her touching it of course (for some dark past secret!) Couldn’t get through the rest of the book. I love dark romance novels, but this one is just too ridiculous and slow.
Read more
44 people found this helpful
Report abuse

Jeeves Reads Romance
5.0 out of 5 stars Mysterious and original
Reviewed in the United States on April 13, 2020
Verified Purchase
Such an intriguing, compelling read! The last book I read by Ava Harrison was good, but it didn't blow me away, so I wasn't sure what to expect from this one. That cover is absolutely gorgeous so I'll unashamedly admit that I was drawn back to her work because of it and.... it did not disappoint. This one is sexy and mysterious with an antihero who will win you over and a strong, defiant heroine who gives as good as she gets. The characters make this a true page-turner, with an original, fascinating story that has a dark edge and a push/pull relationship that keeps things interesting.

The story follows Cyrus, self-proclaimed king of the underworld. He's not the typical romance hero - he does bad things on a daily basis and turns a blind eye to the bad deeds of others. The one thing he won't tolerate? The sale of human flesh. When Cyrus finds himself wrapped up in a deal that feels all kinds of wrong, he becomes a captor of sorts - taking a young woman and holding her hostage... for her own good. Ivy isn't the type of woman who will sit back and accept her fate; instead she fights back and clashes with her sexy captor until the tension sparks into something else entirely.

I love that Harrison is such a smart writer. This could've easily gone off the rails and made Cyrus seem like a terrible guy, but instead his actions just draw the reader in even more. The tension makes for a dynamic read, and I loved how complex the characters were. It kept me turning the pages just to see what would happen next, and that's the mark of a good read. This one isn't black and white; it's definitely got shades of gray, but it held my attention the whole way through. Next time Harrison releases a book, it won't take a great cover to get me reading - the quality of her work speaks for itself.
Read more
25 people found this helpful
Report abuse

Amazon Customer
1.0 out of 5 stars Repulsive
Reviewed in the United States on May 31, 2020
Verified Purchase
Sorry, but I'm not keen on reading through a barrage of f-bombs just to get to a plot that's incredibly far-fetched. I've learned my lesson here: do some more research before buy with one click button!
Read more
21 people found this helpful
Report abuse
See all reviews
Fast, FREE delivery, video streaming, music, and much more
Prime members enjoy Free Two-Day Shipping, Free Same-Day or One-Day Delivery to select areas, Prime Video, Prime Music, Prime Reading, and more.
> Get started
Back to top
Get to Know Us
Make Money with Us
Amazon Payment Products
Let Us Help You
EnglishChoose a language for shopping. CanadaChoose a country/region for shopping.
© 2008-2021, Amazon.com, Inc. or its affiliates