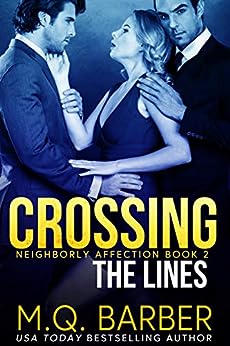 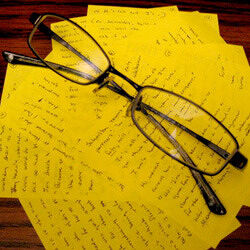 4.6 out of 5 stars
4.6 out of 5
101 global ratings
How are ratings calculated?
To calculate the overall star rating and percentage breakdown by star, we don’t use a simple average. Instead, our system considers things like how recent a review is and if the reviewer bought the item on Amazon. It also analyzes reviews to verify trustworthiness.
Top reviews

Megz Olson
5.0 out of 5 stars An amazing continuation of an engaging story!
Reviewed in Canada on February 24, 2019
Verified Purchase
It has been a long time since I have burned through a story as quickly as I have M.Q. Barber's books!
The characters are engaging, the plot is well laid out, and the emotional highs and lows are incredibly believable. An absolute must read!
Read more
Helpful
Report abuse

J. Chow
4.0 out of 5 stars The story of Henry, Alice and Jay continues...
Reviewed in Canada on May 20, 2020
This second book in the series, and indeed, all the books in the series, is not standalone - we start shortly where Playing the Game, first in the Neighborly Affection series left off.
Jay is injured, which is the catalyst for Alice to begin to come to terms with what she wants from their relationship. Jay, all drugged up from painkillers, makes a reference to Henry giving her socks as a metaphor for her having a welcome place in their triad, and I realized that it's a reference to the sock that set Dobby free in Harry Potter, only in this case, if Alice accepts the socks, it's love that will set her free.
I love Jay's exuberance, and it's his optimism and impatience which finally pushes Alice and Henry to talk about how their relationship will evolve. Things come to a head after Jay is confronted with his past tormentor at the club, Alice realizes she's in love with her boys and confesses her feelings to Henry, and Henry shows his vulnerability. This ends with the promise of Alice moving in the next day with Jay's help, and it'll be in book 3 that we'll see the continuation of their HEA and their relationship develop further.
Read more
Helpful
Report abuse

Janine
4.0 out of 5 stars Loved
Reviewed in Canada on February 15, 2016
When I read the first book I immediately like the three characters and couldn't wait to see how their new relationship was going to work and how it might evolve. After reading this book I have now fallen in love with Henry, Jay and Alice. Enjoyed the continuing story of these three and how they are trying to figure out their relationship months into it. Alice is worried that it's just sex and maybe she wants more. Henry seems to be a little too reserved and Jay is an open book who just wants everyone to be happy. Will they all figure out where they fit in and will it lead to a HEA. If you enjoy MMF with elements of BDSM this series is for you. Looking forward to the next instalment.
Read more
Helpful
Report abuse

M Wallace
5.0 out of 5 stars An eye-opening, seductive continuation!
Reviewed in Canada on January 20, 2018
I felk in love with the first book in this series and the second doesn't disappoint. I particularly appreciate that the author always brings her A game to her work. There is no hint of formula writing from book to book. Instead, I'm intrigued by the direction in which she takes the relationships among all of her characters, not just the main ones. A truly satisfying read.
Read more
Helpful
Report abuse
See all reviews

Frances Bard
5.0 out of 5 stars Beautifully crafted story
Reviewed in the United Kingdom on April 23, 2014
Verified Purchase
What a find- M Q Barber! I loved the first in this series but the development of Alice,Henry and Jays story was even better . I love menage stories but always enjoyed them in an almost academic way as an observer. But Henry,oh Henry, I have actually had to put my kindle down a few times as I felt as worked up as Alex- I felt so engaged so much a part of the action. I am so looking forward to the next one. You know who better get his b-y come uppance !
Read more
Report abuse

cthor
5.0 out of 5 stars What was missing
Reviewed in the United States on April 19, 2019
Verified Purchase
I read the first story to this series and while I thought it was a good storyline and plot, I felt it lacked something though I couldn’t quite put my finger on what “it” was. Now, I know. Each of the characters needed to get outside of their heads and convey their needs. Alice, Jay and Henry are coming into themselves and their places within their triad and realizing their needs. Alice helps Jay, Jay helps Alice AND Henry understand that because they are more alike than they are different, they may not have been the best in their communication with one another. Once they came to the pinnacle of truth, emotion of different varieties, arousal and understanding envelop their growing union. I knew the story could get better and by golly, did it. :D.
Read more
Report abuse

Lisa Marie
5.0 out of 5 stars My fav triad
Reviewed in the United States on October 12, 2020
Verified Purchase
In this second of the series, Alice, Henry and Jay become closer but Alice is still plagued by doubts. It takes all of Henry's skill and powers of observation to make the three of them a more solid triad.

Neighborly Affections easily has become one of my favorite reads with its great mix of emotions, sexy times and character development. Ms. Barber takes you through the building of her characters' relationship with a deft hand combining humor with heartfelt feelings and temperature raising scenes that keep the reader engaged and wanting more.
Read more
Report abuse

JBN
5.0 out of 5 stars I am totally addicted to Henry, Jay and Alice..
Reviewed in the United States on March 5, 2014
Verified Purchase
So what did I think about this book? I LOVE IT, LOVE IT, LOVE IT. I can't get enough of Alice, Jay and Henry.

This is the sequel to Playing the Game. Where the first book for me was a happy book, where Alice join Jay and Henry in their every-other friday bed-activities, this book took me through several emotional stages - the happy, joyful, playful, hurting, teary and angry.

What will happen if she cross the line and ask Henry for more than just every-other friday? Will Henry extend their agreement to more time together or will he terminate their contract? And dare she ask for more?

ARC received, but I have still bought the book, it is THAT GOOD.
Read more
2 people found this helpful
Report abuse

Kindle Customer
5.0 out of 5 stars WOW!!
Reviewed in the United States on March 17, 2014
Verified Purchase
I do not hand out 5-star ratings often, but I believe this book deserves that, and more. This is the second book in the "Crossing the Line" series, and if you have not read the first book entitled "Playing the Game," I strongly suggest you read that one first. You need to understand the background of the main characters and how they began their relationship. (It is also available on Amazon.) I stumbled onto this author by accident. But after downloading that first book onto my Kindle, I quickly became a fan....and I anxiously awaited publication of this second book. M Q. Barber draws you into the lives of her main characters Henry, Jay, and Alice as they stumble through their growing physical as well as emotional attachment to each other. In the first book, Alice meets Jay and Henry on the day she moves into her small studio apt in Boston. They invite her to dinner, and watching the way these two guys interact with each other, it becomes obvious to Alice that they are gay. Both men are good-looking and she is attracted to them as well...but she knows nothing could come of that. After almost a year of being her friendly neighbors , they invite her to dinner one evening and surprise her by telling her that they are bi-sexual and would be very interested in having a relationship that would include her. It turns out that Henry is a Dominant and Jay is his submissive. Alice has to decide if she would be willing to be Henry's submissive as well. Book Two picks up where Book One leaves off. There is some minor BDSM involved in this story, but it is handled with taste, and the safety and well being of Alice and Jay are always Henry's prime concern. I thoroughly enjoyed watching the loving relationship develop between these three people, and couldn't wait for them to realize what was happening as well. If you enjoy reading about unconventional love, and if the characters in "50 Shades of Gray" drew you in, then I think you will enjoy these stories as much as I did. I highly recommend them, starting with the first book. I would have paid twice the amount gladly. Well worth the price.
Read more
5 people found this helpful
Report abuse
See all reviews
Back to top
Get to Know Us
Make Money with Us
Amazon Payment Products
Let Us Help You
EnglishChoose a language for shopping. CanadaChoose a country/region for shopping.
© 2008-2021, Amazon.com, Inc. or its affiliates