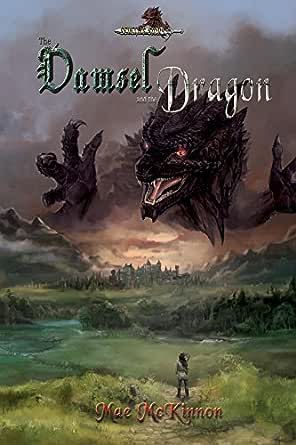 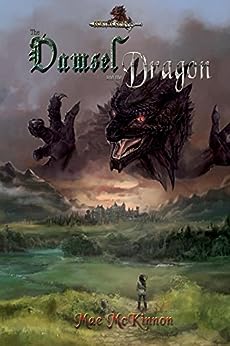 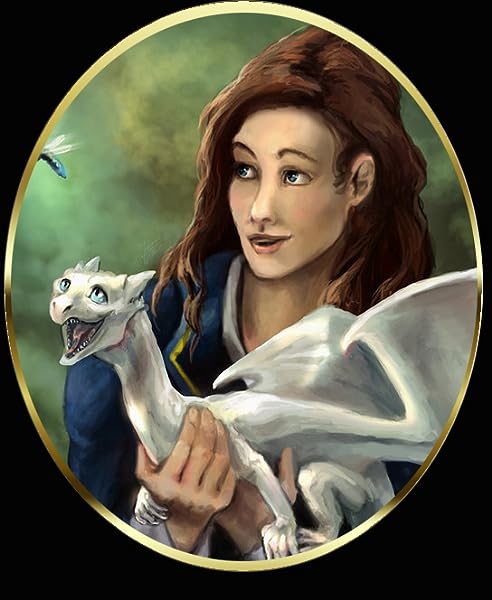 The Damsel and the Dragon: Seven of Stars Kindle Edition

4.3 out of 5 stars
4.3 out of 5
3 global ratings
How are ratings calculated?
To calculate the overall star rating and percentage breakdown by star, we don’t use a simple average. Instead, our system considers things like how recent a review is and if the reviewer bought the item on Amazon. It also analyzes reviews to verify trustworthiness.
Top reviews

Tanya Packer
4.0 out of 5 stars Lovable characters!
Reviewed in Canada on April 3, 2019
I finished the book in 2 days. There were some parts that dragged for me, but were still fun to read!

I loved the characters and can't wait to read more of their adventures.
Read more
Helpful
Comment Report abuse

A. Lachance
5.0 out of 5 stars Perfect for Lovers of Fantasy and Dragons!
Reviewed in Canada on February 13, 2018
In the interest of full disclosure, I was the (content and copy) editor for this novel and I've been friends with Ms. McKinnon for several years. I worked on her last book, "Academia Draconia," and was honoured to take on a greater role with "The Damsel and the Dragon." Even though I'm a professional editor, I'm also an avid fantasy reader and that's the perspective I'm taking for this review.

I love dragons, that's no secret, so I'm only too happy to jump on a novel with dragons. This isn't just a novel that promises dragons and delivers a few here or there. This is a book about dragons, and dragons that can take human form at that. From the first scene to the last, well... Here be dragons. I’m also a huge fan of fantasy and world-building so this book had it all for me.

Unlike in McKinnon’s “Academia Draconia,” there’s a lot more fantasy to this world; it’s a little more medieval and magical than fantasy with science fiction elements. There are also bits of romance (or at least a romantic possibility) and comedy, but I’d call this a light epic fantasy novel. This novel also introduces entirely new characters in a world far removed from the New Retmia of “Academia Draconia.” This isn’t the book for anyone looking for a direct sequel (Still the Seven of Stars universe, but wholly different world).

That being said, there are plenty of dragons in this book too. The dragons are, again, fully sentient, capable of great magic, but also have their own civilization separate from the humans of the world.

As with McKinnon's earlier novel, you get a strong sense that this is a world with a lot of stories hidden in its depths. You'll also get two perspectives on this particular tale, almost right from the start, and both protagonists have a unique outlook to their respective situations: Lin, a runaway seeking a better life than farming and marriage, and Seth, a silver dragon who learns he can shapeshift into a human. While the story has harrowing moments and well-described action scenes, it's not too dark and gritty so, if you're looking for a little more of a whimsical adventure, you'll find it here.

If I had to nitpick, besides wanting to know more about this universe McKinnon is creating (and, as always, wanting more dragons), if you’re not into a slow build to an epic finale, you might have difficulty with the first half of the book. Personally, I enjoyed following the two main characters on their own. They’re each very different and each builds the world in a different light. Lin is a quirky, stubborn character that struggles with life at the Twin Towers (largely because it houses mages… a lot of mages). Seth is much more light-hearted (but utterly clueless) so following him trying to figure out living with humans is interesting in its own right. It was a nice balance when I went back and forth between the two.

While there’s a lot of smaller, fun moments in the first half of the book (I got a lot of giggles out of Lin meeting a dragonling and his shenanigans, as well as Seth learning how to “human”), when Lin and Seth finally meet—it’s magical! There’s this cheeky, loveable demeanour to Seth as he tries to break through Lin’s shell that leads to some adorable moments… but this is a fantasy novel, and the Big Bad that’s been brewing in the background rears its ugly head just as our two protagonists are almost getting along.

The final act of this novel is dominated by an epic battle scene with our two protagonists stuck right in the middle… I won’t spoil the ending but, dragon lovers won’t be disappointed!
Read more
Helpful
Comment Report abuse
See all reviews

Ian Gough
4.0 out of 5 stars Dragons - An enjoyable tale
Reviewed in the United Kingdom on September 24, 2018
Verified Purchase
I enjoyed The Damsel and the Dragon which was written in a engaging style, especially the relationship between Lin and the dragonling, which had a charming mix of friendship and that of a lovable pet and it's adopted owner. Seth also brought a different perspective with nice touches of humour from all the characters, although Seth came into his own more when he and Lin were together.

I would only add one point of development, that I found the story drifted along for a while, being a little over explained, meaning it lacked pace after the first part and dipped in the middle. Perhaps it would have benefited from a little more of the antagonist, to add a bit more bite. For me he felt a little secondhand, until the action packed finale.

Overall I would say this was an enjoyable read and gave a different perspective for dragons, making it well worth checking out!
Read more
Report abuse
See all reviews
Fast, FREE delivery, video streaming, music, and much more
Prime members enjoy Free Two-Day Shipping, Free Same-Day or One-Day Delivery to select areas, Prime Video, Prime Music, Prime Reading, and more.
> Get started
Back to top
Get to Know Us
Make Money with Us
Amazon Payment Products
Let Us Help You
EnglishChoose a language for shopping. CanadaChoose a country/region for shopping.
© 2008-2020, Amazon.com, Inc. or its affiliates