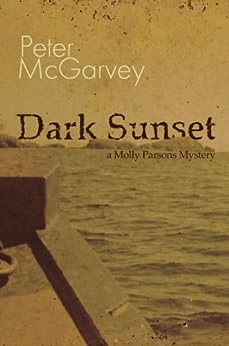 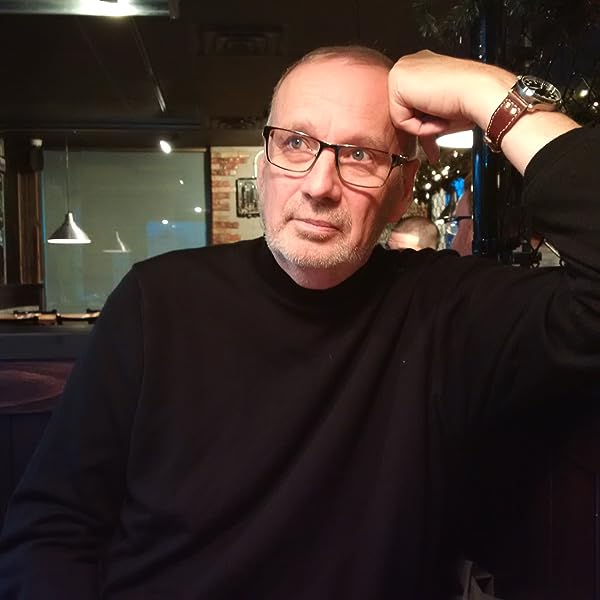 4.4 out of 5 stars
4.4 out of 5
5 global ratings
How are ratings calculated?
To calculate the overall star rating and percentage breakdown by star, we don’t use a simple average. Instead, our system considers things like how recent a review is and if the reviewer bought the item on Amazon. It also analyzes reviews to verify trustworthiness.
Top reviews

Theodore A. Rushton
5.0 out of 5 stars If you like good mysteries - - - you'll love this book
Reviewed in Canada on January 21, 2013
Unaccustomed as I am to reading murder mysteries - - my loss, if this book is a typical example of the genre - - I was delighted by the surprising plot twists, rich character development and above average writing of this book.

Full disclosure: I used to "baby sit" the author well over half-a-century ago. He was about two-years-old then and always sound asleep when I arrived. Had I known he had talent as shown in this book, I'd have awoken him and listened carefully to whatever he had to babble. But, I didn't. My loss.

McGarvey grew up in the small town of Orillia, Canada, and this book is an authentic slice of small-town life. With the exception of his Dad, authors who write about small towns in which they live generally aren't overly popular in those small towns; thus, this book is about a small town in another country - - Michigan. But in general it could apply to almost any small town; as I read it, I kept thinking of attitudes and unsolved killings I've come across in small towns in years past.

My background of 40 years newspaper and magazine work included a number of police and court mysteries similar to this book. Time and again I thought, "I remember a case that developed in somewhat the same manner." McGarvey is great in the telling of an authengtic mystery.

Most murders, perhaps 99 percent, are simply killings among friends. The charm of a good mystery novel is a killing without an obvious motive and the logic, deduction and persistence that reveals an out-of-the-ordinary solution and very often the surprise of who did the killing.

McGarvey is superb in presenting all these elements. The skill of his writing is that no one and nothing is quite what it seems, yet by the end everything is very logical.

It's a fast (one afternoon) thoroughly enjoyable read.

Buy it. You'll like it.
Read more
One person found this helpful
Helpful
Report abuse

Brett the Book Reader
5.0 out of 5 stars I Love Molly!
Reviewed in Canada on February 10, 2017
You're going to learn to love Molly Parsons, who I think could become one of those special, characters that you feel an ongoing affection for, and you'll be wanting to read of her adventures again soon. Not a femme fatale by any means, but that wholesome sort of friendly police detective who has had her share of personal challenges and fights off the bad guys whether they be crims or cops with some good solid gumshoeing.

The nice thing about McGarvey's writing is that there is no pretension to it - the story and the characters flow freely onto and off the page. He has set up the scenario of the town of Sunset, and I don't know if it's a real place or not. Probably. It's one of those typical Midwestern American towns with all of those small town characters whose lives have been intertwined for generations and who don't like the big town interference and you better not be from the other side of the tracks either. I won't talk about plot as there are lots of twists and turns and we don't want any spoilers. Give it a read and you'll soon be looking for another Molly book soon.
Read more
Helpful
Report abuse
See all reviews

Promod Sharma
4.0 out of 5 stars What a start
Reviewed in the United States on December 12, 2012
Verified Purchase
I don't read much fiction (prefer movies) but this book was tough to put down. It's easy to visualize the action. The characters are engaging and pace is quick. If you like mysteries, this one flows well and makes sense.

We visited northern Michigan this summer. This book captures the feeling of a small town.

Disclosure: I've known the author for years. I bought this book and wrote this review on my own.
Read more
One person found this helpful
Report abuse

Lorraine Toma-Jones
4.0 out of 5 stars Good Read
Reviewed in the United States on August 25, 2013
Verified Purchase
The book had some humorous dialogue. It kept me wanting to continue to read on. It had a very interesting culprit with some added twists.
Read more
One person found this helpful
Report abuse

anne
5.0 out of 5 stars Story and characters worth experiencing
Reviewed in the United States on July 17, 2013
Verified Purchase
This book contains good writing, an interesting storyline, and memorable characters. The plot moves along well, and juxtaposes timelines in an effective way.
Read more
One person found this helpful
Report abuse
See all reviews
Back to top
Get to Know Us
Make Money with Us
Amazon Payment Products
Let Us Help You
EnglishChoose a language for shopping. CanadaChoose a country/region for shopping.
© 2008-2021, Amazon.com, Inc. or its affiliates