Skip to main content
Dear Canada: Prisoners in the Promised Land and over one million other books are available for Amazon Kindle. Learn more
Share <Embed>
Have one to sell?
Sell on Amazon
Flip to back Flip to front
Listen Playing... Paused   You're listening to a sample of the Audible audio edition.
Learn more
See this image 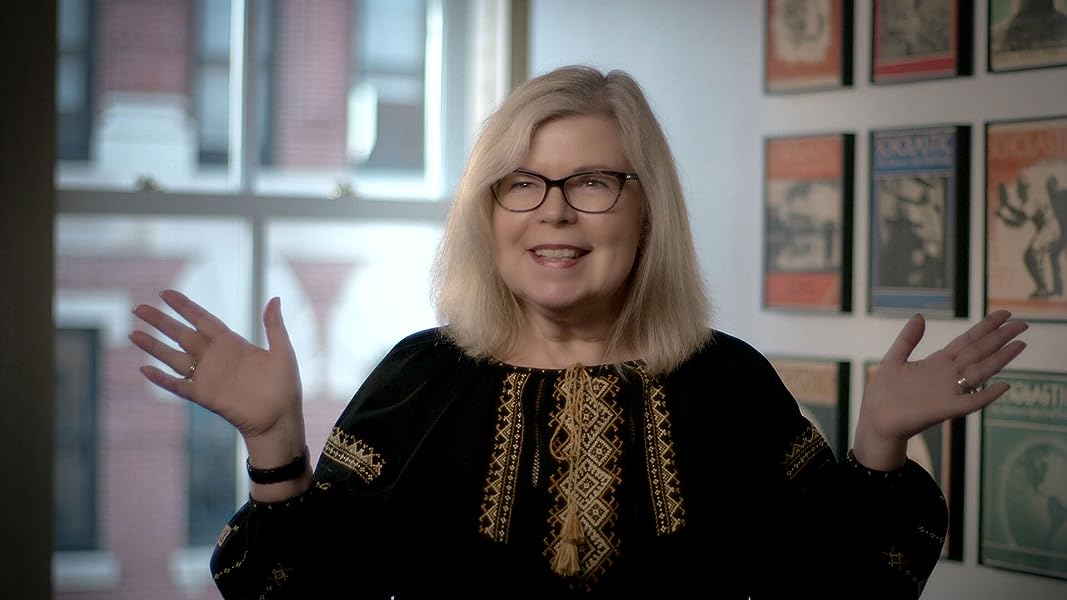 Start reading Dear Canada on your Kindle in under a minute.

MARSHA SKRYPUCH has become the pre-eminent children's writer on Canadian-Ukrainian history. She has won numerous awards and nominations for her books. Including the CCBC's Our Choice Award, Saskatchewan's Snow Willow Award and the 2004 Rocky Mountain book Award for Hope's War. She was also nominated for the W.O. Mitchell Literary Prize for her body of work and mentorship of other writers. Her most recent novels are Nobody's Child and Aram's Choice, and she has edited a new anthology of Ukrainian memoirs, Kobzar's Children.

4.8 out of 5 stars
4.8 out of 5
21 global ratings
How are ratings calculated?
To calculate the overall star rating and percentage breakdown by star, we don’t use a simple average. Instead, our system considers things like how recent a review is and if the reviewer bought the item on Amazon. It also analyzes reviews to verify trustworthiness.
Top reviews

Jemcatt
4.0 out of 5 stars interesting
Reviewed in Canada on December 22, 2020
Verified Purchase
interesting book. mostly for a younger reader. nothing scary, even tho the subject matter is sad, the book/ story was light enough. quick read. enjoyable and would recommend it - also would recommend Canadians learn about what our history is/ what happened here.
Read more
Helpful
Report abuse

L Danylyuk
5.0 out of 5 stars An unknown piece of the jigsaw in Ukrainian and Canadian history
Reviewed in Canada on September 24, 2013
Verified Purchase
I had relatives who migrated to Canada in the same period. My grand-aunt wrote to us from Canada until she died. She learned to write in Ukrainian by writing letters to us, as she was illiterate when she migrated at an early age. She visited us on two or three occasions during the Soviet period on her tourist visa. She was literally snatched from Moscow by my grandfather and would come to the West Ukraine for only few short hours (otherwise they would notice her absence).
My grand-aunt never wrote or told us about all the difficulties the migrants faced in Canada. If I had read the book earlier, we would have been more appreciative of her visits and her packages, which she regularly sent to us. The book was truly an eyeopener. It is another piece in the jigsaw, not only of Canadian history but the history of the Ukraine as well. The history, which is still generally unknown to the Ukrainians, and is not yet written about in Ukrainian history books.
The story based on facts draws the reader to know more, to feel more, and to understand more.
I only wish I have the translation of the book to the Ukrainian language that I can give it to many of my Ukrainian friends and relatives.

DoraBewickr
4.0 out of 5 stars That this actually happened
Reviewed in Canada on May 4, 2019
Verified Purchase
Mine own information.My Urkrainian Relatives did not talk about this Treatment
Read more
Helpful
Report abuse

Nicola Mansfield
HALL OF FAMETOP 1000 REVIEWERVINE VOICE
5.0 out of 5 stars Amazing Story of Little Known True Canadian Historical Events. A Must Read!
Reviewed in Canada on March 3, 2012
Reason for Reading: I am reading this whole series. I picked this particular volume because I am participating in a WWI reading challenge.

I've only read a couple of Skrypuch's books so far, but she has become one of my favourite Canadian juvenile authors. Mostly, her historical fiction revolves in some way around Ukrainians as that is where her heritage comes from and her own family genealogy is always a great starting point. Skrypuch does write about other topics but this recurring theme is interesting as it is unique. Once again, I have learned something new from one of Marsha's books. I had no knowledge whatsoever of the Ukrainian internment camps in Canada during WWI; of course everybody knows of the Japanese ones during WWII but why not the earlier Ukrainian ones? Perhaps because they make very little sense at all from a political point of view.

This book is a fantastic read. While it takes place primarily in Canada, it does start with the boat trip to the new land, the WWI story is told through the newspapers and discussions of the Ukrainian people as they sit caught in the middle of this war. Their homeland is the battlefield in Eastern Europe for a long period of time and yet the Ukrainians are neither friends with the Austrians/Germans who own their land or the Russians who invade it. All news they hear is bad, because whether it is the Allies or the "enemy" winning on their homeland it means their people, friends, relatives are in danger and dying. Through the news the family receives and letters from home and friends across Canada, until letters are halted due to the War Measures Act, we get to see a side of WWI which I've never experienced before. All my WWI reading has been about the trench warfare in France/Germany. It was very different in Eastern Europe, especially there in Galicia, a Ukrainian area owned by Austria-Hungary, which became part of the USSR later on, and finally was reunited as part of present day Ukraine.

The Ukrainians were interred in camps mostly because Canadian/British citizens confused them with Austrians (the enemy) and were ignorant and intolerable of them living within their society. Anya's mother and father loose their jobs for "patriotic" reasons. She leaves school to work for the family, but eventually after the men are taken away to camps the women share rat-infested flats, have very little to eat, are not safe on the streets on their own, and are exposed to all sorts of vile, racist comments, making life a living hell. When the family is moved to the internment camp in some ways life is better for them: they are together again as a family, it's cleaner, they have nicer living quarters, are fed, don't face as much of the racism, etc. but it is a prison and therefore they have lost their freedom. Another compelling page-turner for me as we get to learn about the war in Eastern Europe, life for the Ukrainian immigrants on the homefront, and finally life inside the internment camps. Very interesting and new-to-me information. As usual the Epilogue in these books describes what happened to the characters afterwards and the Historical Note is a goldmine of true facts. These are always my favourite part of the books in this series along with the contemporary photographs in the back. This is one of my favourites in the Dear Canada series so far. And I would love to read more on this topic.
Read more
5 people found this helpful
Helpful
Report abuse

Valerie Sherrard
5.0 out of 5 stars Skrypuch Shines in Dear Canada Story!
Reviewed in Canada on August 17, 2007
Marsha Skrypuch has written an absolutely lovely story in this, the newest volume of the Dear Canada series.

Prisoners in the Promised Land tells of one family's journey from their home in Austria-Hungary to a new life in the land of promise. Told through the eyes of young Anya Soloniuk, readers will find their hearts fully engaged as they read how Anya and her family's bright hopes are replaced by hardships and imprisonment.

Skrypuch manages to maintain a tone that is neither self-pitying nor judgemental. Rather, she expertly sustains the innocent, gentle voice of Anya, who wonders why her family was encouraged to come to a country only to be placed in an internment camp, though they had done nothing wrong.

Myron Hlynka
5.0 out of 5 stars Slice of History
Reviewed in Canada on November 23, 2007
Marsha Skrypuch has done a very nice job of casting light on a relatively
unknown part of Canadian history.

I like her writing style. She settled on one character Anya and built
the story around her, her family, her neighbours, her schoolmates, the
internment camp guards, the native people near the camp. Her device of
getting access to newspapers was simple and effective.

The book is aimed at teenaged girls, but should appeal to a much much wider audience.
I am a sixty year old male and I enjoyed it very much.

Rob Natiuk
5.0 out of 5 stars Dya-koo--yoo, Marsha!
Reviewed in the United States on March 16, 2014
Verified Purchase
That's "thank you" in Ukrainian. And thank you, Marsha, for such a well-told diary-form of book. It really expresses the feeling and hopes of these Ukrainians who were interred during World War right in Canada. Now that the "Great War" started 100 years ago, I'd love to see more knowledge of real people and events that took place right in North America. You've done a marvelous job of doing this.
Read more
One person found this helpful
Report abuse
See all reviews
Fast, FREE delivery, video streaming, music, and much more
Prime members enjoy Free Two-Day Shipping, Free Same-Day or One-Day Delivery to select areas, Prime Video, Prime Music, Prime Reading, and more.
> Get started
Back to top
Get to Know Us
Make Money with Us
Amazon Payment Products
Let Us Help You
EnglishChoose a language for shopping. CanadaChoose a country/region for shopping.
© 2008-2021, Amazon.com, Inc. or its affiliates