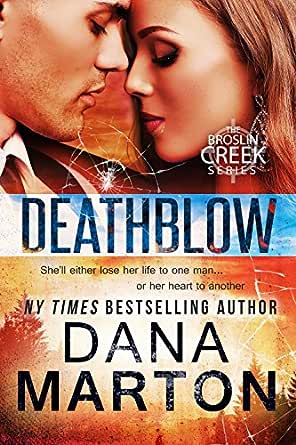 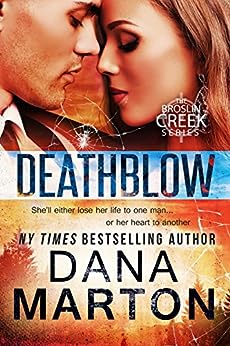 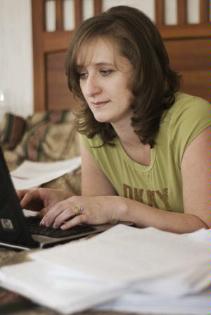 4.8 out of 5 stars
4.8 out of 5
122 global ratings
How are ratings calculated?
To calculate the overall star rating and percentage breakdown by star, we don’t use a simple average. Instead, our system considers things like how recent a review is and if the reviewer bought the item on Amazon. It also analyzes reviews to verify trustworthiness.
Top reviews

CTB ebeach
5.0 out of 5 stars Fantastic
Reviewed in Canada on June 11, 2015
Verified Purchase
I am really enjoying these books about the police force of Broslin. They have high drama and a wonderful romance brewing.
Read more
Helpful
Comment Report abuse

b
5.0 out of 5 stars cute
Reviewed in Canada on March 17, 2015
Verified Purchase
I liked that in this story, the heroine learns how to save herself. Trust, personal growth, and a nice bit of romance bring the two main characters together.
Read more
Helpful
Comment Report abuse

Single mom, Wendy Belle is doing her best to make ends meet, but since the birth of her son, the modelling jobs are not as easy to come by or to schedule. The real problem is her her ex, who won't take no for an answer, forcing her to hide out at a friend's place in Broslin, PA. Not only that, apparently Broslin's Golden Boy has been appointed to keep an eye on her as well. Tall, gorgeous, cocky as all get out, and very, very familiar....

When years ago, Joe Kessler traded in a potential football career for one in law enforcement, he did it because it was the right thing to do. He was too trusting, so that was a mistake he promised himself never to make again. From then on, every pretty woman he encountered, he enjoyed, he entertained, and he left behind. No two ways about it! But then his captain caught him coming out of an undercover op, tired and hurt and told him to do some light 'baby-sitting' duty for a friend who might be in trouble. The 'friend' is someone he hasn't been able to get off his mind for weeks now!!

A very brief, very good, very hot, but very definite mistake was the encounter Joe and Wendy had after a fundraiser a few months ago, and neither had expected to be thrown together again. Wendy is quite adamant she doesn't need protection, but when some disturbing events indicate she may be in more danger than she thought, she reluctantly lets Joe invade her and her son's lives. Joe makes himself at home with her little boy and makes sure he keeps Wendy safe. And slowly they start seeing each other in a different light.

But when his regular assignments require his attention, danger finds Wendy and it becomes clear they are dealing with someone who wants to do serious harm. With not just the different investigations heating up, but also the connection between Wendy and Joe, it becomes more and more difficult to know which direction to turn.......

Another winner!!! I so love the Broslin Creek Series, all these books are very loosely connected by merit of location and its police force. Some of the characters make return appearances, but each of the books is its own story with a HEA. And DEATHBLOW, like the ones before it, has a very high suspense factor.

Joe is a bit of a womanizer. Well, a lot of a womanizer. He has trust issues around women, which is why he doesn't let them in and doesn't allow himself to develop real feelings. It doesn't help him much with Wendy, because despite the negative impression he had painted her with, he was unable to forget about her after their brief encounter, and once he had an opportunity to get to know her and learn her situation, he was toast. There was no stopping his protective instincts from charging to the forefront and taking over and he fell as hard for her son as he did for her.

Having grown up as a model and then living with an abusive man has not done much good for Wendy's self esteem. Young yet, but having been told often enough that aside from the physical attributes she once may have had, she has very little else, if anything, to offer, has her feeling very vulnerable. It takes Wendy a long time to trust men, especially ones who are quick with the charm and good looks. Words mean less to her than actions, and it is through his actions that Joe is finally able to break through to her. Once she feels Joe at her back, secure, her spine turns to steel and she is able to face the devil himself!

I love the character growth in this book. Two people who view each other as shallow, are each surprised by the depth and strength of personality they find. Not only that, but they allow the other to flourish and stand by in encouragement and support.

I have a real love for stories that have good balance when it comes to romance, suspence and a heat factor. Dana Marton's books provide that balance.

Amazon Customer
3.0 out of 5 stars Story
Reviewed in the United Kingdom on April 12, 2018
Verified Purchase
Bought Jan 2014!! Just read now. I didn't enjoy this as much as the others I've read in series. Fair number of holes in plot eg to me, it's totally illogical for someone doing protective duty to go on another assignment leaving person vulnerable, etc. So many things happening that get rushed and wrapped up quickly. It didn't grab me as others did.
Read more
Report abuse

Kindle Customer
5.0 out of 5 stars Deathblow (Broslin Creek bk 4) by Dana Marton.
Reviewed in the United Kingdom on February 20, 2017
Verified Purchase
Another brilliant read... What tangled webs people weave, especially authors! Twists and Turns all through, a few predictable, most aren't. The excitement builds and builds. Theres a lot of team work and a very impressive and understand boss of the station, Cpt. Bing. This author writes well and keeps you intrigued right through from page one to the very last. Love this series.
Read more
Report abuse

Avid reader
3.0 out of 5 stars Good read
Reviewed in the United Kingdom on July 1, 2014
Verified Purchase
ok read, felt a little rushed, he went from ladies man to wanting her and the baby after only being together once and that was only an hour and a half!! I know its fiction but it does have to be somewhat believable.
Read more
Report abuse

Chris McMinn
5.0 out of 5 stars Done it Again!!
Reviewed in the United Kingdom on April 5, 2014
Verified Purchase
Dana has done it again. Another amazing book for the Broslin Creek Series. She sucks you right in and makes you feel part of the action. I couldn't put it down. A must for any romantic suspense reader!
Read more
Report abuse
See all reviews
Fast, FREE delivery, video streaming, music, and much more
Prime members enjoy Free Two-Day Shipping, Free Same-Day or One-Day Delivery to select areas, Prime Video, Prime Music, Prime Reading, and more.
> Get started
Back to top
Get to Know Us
Make Money with Us
Amazon Payment Products
Let Us Help You
EnglishChoose a language for shopping. CanadaChoose a country/region for shopping.
© 2008-2020, Amazon.com, Inc. or its affiliates