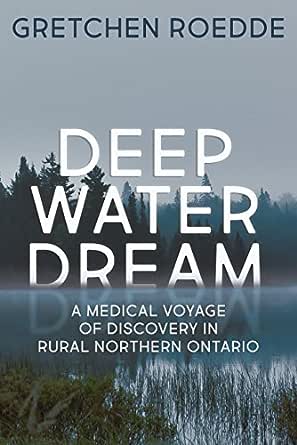 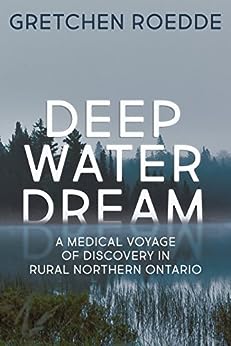 A thought-provoking and powerful memoir--Canadian Journal of Rural Medicine --This text refers to the paperback edition.

“Abinoojii.” “To be lifted up” is a better explanation than “child,” which is another translation. An Anishinaabe phrase from Wikwemikong, a community that is home to three languages, Bea Shawanda spoke it firmly. She was directing me, as a child, to find my own inner strength for what was ahead. This simple but powerful expression said to her lovingly by the family, Sophie and Eli, who raised her was now said by Bea to me, “Child. You will be lifted up.” She was trying to prepare me to go up north.

But Bea still had questions.

“Why do you think we should let you help us? What gifts are you bringing to us? I am the bridge between the people and you coming to us to help. I need to explain you to the Chiefs. If we bring in non-Native resources, like you in health and social services, we have to help you bridge.” She spoke angrily.

I felt threatened. I had never been up north, in isolated First Nations’ communities. I knew nothing about these communities. I had met Bea when I was volunteering with her group in Toronto, working with homeless Indigenous people. She had asked me to help with Grand Council Treaty No. 9, a new Indigenous organization representing the northern half of the province of Ontario, in Canada. Its goal was to set up a First Nations paramedic training program for a group of OjiCree communities in the Windigo Tribal Council, north of Sioux Lookout, in northwestern Ontario, and to set up alternatives to jail for addicted youth. She had invited me to this Chiefs’ Conference in Thunder Bay to start meeting the people I would be working with. It was true. What gifts did I bring?

We were in our hotel room. I was rocking one of Bea’s kids, Maheengun, in my arms, swaying rhythmically and pretending not to feel worried about my inexperience. I kept my face neutral and left the hotel room, still rocking Maheengun. Pint-size dynamo (maybe five feet?) Bea still argued forcefully beside me, asking me about my commitment as we took the elevator to the large conference room on the ground floor.

I looked across the room and shook my head, tossing my dark blond hair loosely over my shoulders. There was one other non-Indigenous person there, a good-looking, dark-haired guy with a moustache. I couldn’t help but notice him. He wore a green plaid Viyella shirt with brown corduroy pants and closed-toe wooden clogs. He nodded at me, unsmiling, from the other side of the large, smoke-filled room, as a confusion of voices — Cree, OjiCree, English — hummed through the haze. He seemed totally unfazed by the chaos. I had no idea I was staring at my future husband.

I had started off as a physical anthropology student at the University of Toronto planning to study primates in Gibraltar in the summer. Instead, I switched to social anthropology and had sessions that looked at various ethnic minority cultures around the world. One day, a guest lecturer, a Cree leader, spoke of the symptoms of the pain of his people, violent and accidental deaths, drinking, and drugs, babies born with fetal alcohol syndrome. I went up to him after the lecture. “Is there anything I can do to help?” He looked down at me, grinning broadly. “We actually don’t need your kind of help. But if you’re serious, call Bea Shawanda. She lives in Toronto. She is the new head of the Treaty No. 9 health program. But I am pretty sure we don’t need more anthropologists. Ever thought of becoming a doctor? That would be more helpful to us. Till we train more of our own.”

I left, making room for the throng of mostly female students crowding around him, being charmed by his smiles and tanned coppery-skinned good looks.

I took his advice. I did look up Bea Shawanda and worked with her for several months. I met her kids, Byron, Elizabeth, and the baby Maheengun. Bea invited me to prepare to go farther north. And I applied to medical school. So I was there, in Thunder Bay, at the Treaty No. 9 Chiefs’ Conference, at her invitation from a few weeks earlier. At the conference for the Chiefs the sessions moved slowly, with translation back and forth between Cree, OjiCree, and English. About ten of the one hundred people in the smoky room were women. The men were all clean-shaven, except for that white guy with the moustache. A few wore beaded deerskin jackets. I was trying to take in every detail. I kept Maheengun in my arms, as Bea was busy building relationships and camaraderie, laughing with the Chiefs, engaging them with her ideas for social programs, drug and alcohol worker training, and a paramedic program. Abinoojii. Did I have the skills to rise to this challenge?

I survived that first difficult week. Back in Toronto, Bea and I met at her home. Bea explained: you need to be confident that you have skills to share with us. You need to know that people may be angry with you as a non-Native person helping us. “I needed to see how you would react. What you’d do if people in the communities say challenging things to you. You will not be working for the white world. You will not be staying with the teachers or at the nursing station. You’ll be living and travelling with our people. Our people have a lot of anger with the white world. I, myself, had bad experiences in the residential schools. I went to school when I was four and a half. These schools were used as orphanages. It was there I first experienced violence. My mom had died when I was two, and I was adopted within my family. I worked through those difficult years by becoming an activist. That was part of the healing process for me.”

Bea looked up at me, a novel experience as I am only 5 feet 4 inches tall myself. She had had tuberculosis in her spine as a kid. She spent months in the TB sanatorium. She remembers feeling frightened of the janitors. She couldn’t walk for a while and was told she could never have kids. She proved the doctors wrong and had borne the children she was raising. She sure was raising me in a new world, too.

“I think you’ll be okay because you are working for us. I was taught that in the first five years, a child receives what they need, including courage of heart. Abinoojii. I hope it is the same in your culture. You should have the strength you will need.”

I “passed.” Bea and the chiefs had agreed I could travel and work as a volunteer for Treaty No. 9. My travel expenses were paid and were extensive as most of the communities are fly-in. --This text refers to the paperback edition.

Gretchen Roedde, assistant professor at the Northern Ontario School of Medicine, has been a physician since 1978. Working with Indigenous communities, she practises near Lake Temiskaming. She has also worked as a public health doctor in the developing world, specializing in mother and child health and HIV/AIDS. Gretchen lives in Haileybury, Ontario.

Gretchen Roedde, assistant professor at the Northern Ontario School of Medicine, has been a physician since 1978. Working with Indigenous and marginalized communities, she practises near Lake Temiskaming. She has also worked as a public health doctor in the developing world, specializing in mother-and-child health and HIV/AIDS. Gretchen lives in Haileybury, Ontario

Amazon Customer
5.0 out of 5 stars Autobiography set in Northern Ontario
Reviewed in Canada on January 24, 2019
A noteworthy memoir set in several Cree communities and in Amish households. Gretchen discovers how the Northern Ontario communities deal with health issues and finds ways to help them. An incredible lady who give her working life to benefit the health of others, often having to adapt to the ways of the people and with few modern medical aids. The story brings to life the hardships of living in the north, but also the support and willingness of people with their different beliefs to bring about successful results. I highly recommend reading this autobiography.
Read more
Helpful
Comment Report abuse

Dan Plawiuk
5.0 out of 5 stars An inspiring personal journey
Reviewed in Canada on February 26, 2019
An enthralling and personal account of a doctor immersed in first-nations communities and their shared successes, failures, and heartbreak over a lifetime. I burned through this book in 3 nights, was tough to put down.
Read more
Helpful
Comment Report abuse
See all reviews
Fast, FREE delivery, video streaming, music, and much more
Prime members enjoy Free Two-Day Shipping, Free Same-Day or One-Day Delivery to select areas, Prime Video, Prime Music, Prime Reading, and more.
> Get started
Back to top
Get to Know Us
Make Money with Us
Amazon Payment Products
Let Us Help You
EnglishChoose a language for shopping. CanadaChoose a country/region for shopping.
© 2008-2020, Amazon.com, Inc. or its affiliates