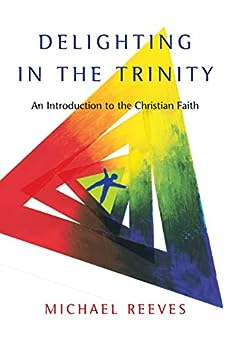 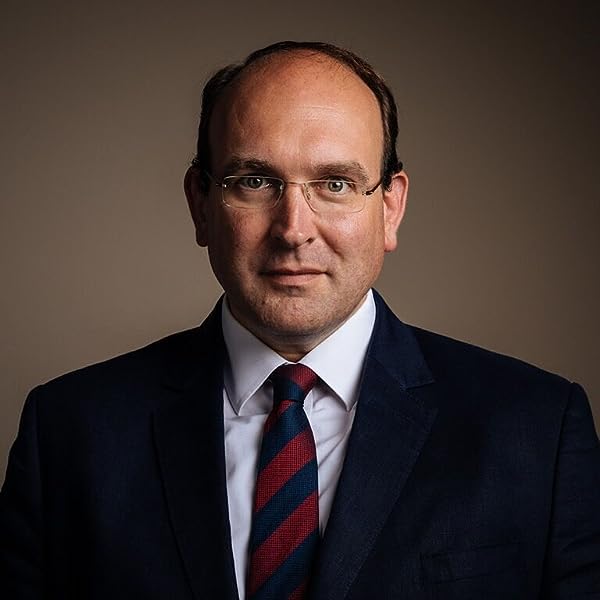 Delighting in the Trinity: An Introduction to the Christian Faith Kindle Edition

If you have ever felt that the doctrine of the Trinity was a liability, a burden to be borne patiently, this is the book that will change your perspective. Michael Reeves's Delighting in the Trinity presents the triune God as the best thing about the Christian faith. Convinced that 'the triunity of God is the secret of his beauty, ' Reeves writes from a full heart, with contagious enthusiasm for the Trinity. Delighting in the Trinity is more stimulating, quotable and engaging than we usually expect a theology book to be. Page after page, Reeves finds new ways of talking, draws surprising connections and reminds us that the God of the gospel is good news in three persons.

. . . summary doesn't do justice to the tight and witty writing that Reeves provides . . . his style reminds me of C.S. Lewis.

[T]he book is an easy and pleasurable read with a down-to-earth articulation of the three-in-one God who loves and invites us into the deepest parts of his eternal love. Charming in its wit and winsome in its emotional appeal, it will motivate readers to love God more deeply and fully. I wish I had this book when I began my seminary studies. If only there were more theological treatments of the Trinity (or other Christian doctrines) written like this book, learning theology, and in a deeper sense, knowing and loving God, would be a delight.

Even many Christians find the Trinity confusing, but Delighting in the Trinity is the clearest and best written explanation I've ever read.

Have you ever been mystified by the Trinity? If so, then this book is for you. . . . This book is an ideal introduction for young people, for those who want to know more about God . . . and for pastors who are looking for ways to communicate the faith to non-specialists. It's basic approach is sound, and it will refresh the souls of all who read it. Could we ask for more?

Michael Reeves . . . has produced a powerful and concise treatment of the trinity in Delighting in the Trinity. One of the strengths of this volume is its practicality and accessiblity. One of the most exciting aspects of this book is Reeves' skill in helping readers understand what it means to enjoy God and understand the doctrine of the trinity to be a demonstration of 'the beauty, the overflowing kindness, the heart-grabbing loveliness of God.'

Michael Reeves's Delighting in the Trinity is an enjoyable introduction to the doctrine of the Trinity. . . . [It's] a great read. . . . This book would be useful for working with non-Christians seeking to understand Christianity. It would also serve the Christian who wants a better understanding of why the Trinity was not the invention of 'bored monks on rainy afternoons.'

4.7 out of 5 stars
4.7 out of 5
978 global ratings
How are ratings calculated?
To calculate the overall star rating and percentage breakdown by star, we don’t use a simple average. Instead, our system considers things like how recent a review is and if the reviewer bought the item on Amazon. It also analyzes reviews to verify trustworthiness.
Top reviews

Marion
5.0 out of 5 stars Inspring
Reviewed in Canada on November 5, 2020
Verified Purchase
Love this book there is so much in it. Need to read it over and over to get everything out of it. Michael Reeves is inspiring and yet down to earth. Makes it easier to understand a difficult subject. easy to understand. Made me feel like I was basking in the love of God.
Read more
Helpful
Report abuse

M Nuhu
5.0 out of 5 stars a Must Read
Reviewed in Canada on January 29, 2020
Verified Purchase
This amazing book reveals the relational God of the Christian faith in relation to Allah of Islam. The author helps the reader to think through the implications, e.g. A person can have a personal relationship with only a God who is relational in essence/being - who is three in one.
Read more
Helpful
Report abuse

Rob Campbell
5.0 out of 5 stars Worth it!
Reviewed in Canada on April 20, 2017
Verified Purchase
I am not an academic person by nature, but love to learn more about God. Michael Reeves was very helpful to guide my thinking in a way that was understandable yet, challenged me to think on the new perspectives and even old ideas that I have grown in. Delighting in the Trinity has motivated me to know God deeper and to worship all of Him in a beautiful way. Thank you for a book that I will continue to recommend.
Read more
Helpful
Report abuse

Dennis Arve Wilkinson
4.0 out of 5 stars Trinity is a tough topic
Reviewed in Canada on January 7, 2017
Verified Purchase
Reeves makes it come alive, couldn't put the book down. I love the "believe the better story" idea when looking at religion. Reeves is definitely convincing that the triune God of Christianity and the story that unfolds from him is indeed the better story.
Read more
Helpful
Report abuse

George J
4.0 out of 5 stars excellent book recommended
Reviewed in Canada on January 14, 2014
Verified Purchase
I have found this book simulating and enlightening . I am pleased that I have this book . I have sent it to 2 others . elucidates the relationship of God , Son and Holy Spirit .
Read more
2 people found this helpful
Helpful
Report abuse
See all reviews

P.E Selvadurai
5.0 out of 5 stars I Thank my God upon every remembrance of you
Reviewed in the United Kingdom on March 1, 2015
Verified Purchase
What a delightful book. You can truly delight in our God who is indeed three in one. Thank you Mike Reeves and I thank God for you. This book has drawn me closer to the Lord more than ever before. Highly recommend it to Christians and non Christians. The Former will draw closer to the Saviour and the latter will come to know the true God and will give his or her life to God.
A small message for Mike Reeves
Philippians 1: 3
Read more
One person found this helpful
Report abuse

Johnboy
5.0 out of 5 stars Finding answers to the Trinity
Reviewed in the United Kingdom on June 26, 2016
Verified Purchase
An excellent introduction to the Christian faith, sweeping asides many heresies and false beliefs and giving a positive answer to many questions that arise.
Read more
Report abuse