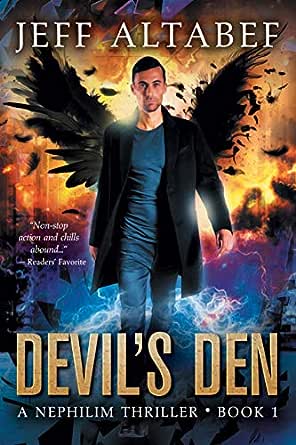 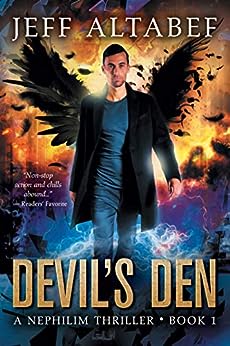 AUTHOR: Jeff Altabef lives in New York with his wife, two daughters, and Charlie the dog. He spends time volunteering at the Writing Center in the local community college. After years of being accused of telling stories, he thought he would make it official. He writes in both the thriller and young adult genres. As an avid Knicks fan, he is prone to long periods of melancholy during hoops season. Jeff has a column on The Examiner focused on writing and a blog on The Patch designed to encourage writing for those that like telling stories.

EDITOR: In addition to a career as a newspaper editor, publisher, and manager, I've written fiction most of my life. The newspaper biz has taken my family and me from Phoenix, Arizona, to small towns in North Carolina and Texas, and from seven years in Washington, D.C., to five years in Asia. Born and raised a small-town kid, I'm as comfortable in Tokyo or Tuna, Texas. I now reside in a small community in Wisconsin where I manage the business operations of a daily newspaper. The variety of places I've lived and visited serve as settings for the characters who invade my head. I also edit fiction and non-fiction books for authors from around the world. It helps that I'm fluent in five languages: U.S. English, U.K. English, Canadian English, and Australian English, plus my native language, Texan.

EDITOR: I love reading. Books have always been a part of my environment and my life. I taught English Literature for many years and my favorite part was watching students find their voice in writing. I edited at Weekly Reader for about a year prior to taking time off to have children. They are now writing their own stories, and reading as many books as their mama! I manage an independent bookstore in Chappaqua, New York called Scattered Books, which is my second home. I travel often with my family, and friends, and always make sure I find the bookstores wherever we go. --This text refers to the paperback edition.

3.9 out of 5 stars
3.9 out of 5
15 global ratings
How are ratings calculated?
To calculate the overall star rating and percentage breakdown by star, we don’t use a simple average. Instead, our system considers things like how recent a review is and if the reviewer bought the item on Amazon. It also analyzes reviews to verify trustworthiness.
Top reviews

Mary Margaret
5.0 out of 5 stars A search for answers takes a turn
Reviewed in Canada on April 3, 2019
Steven Cabbott returns to his hometown to find his mother in search of information. You see Steven sees demons and is forced to kill them because they seem to be really interested in him. Hopefully his mother, if she's still alive and he can find her, can provide some answers. Instead he gets a text from his first and only love, Kate, asking for his help. Her daughter was kidnapped and she wants her back. Steve has a unique set of skills and friends who can help him find her and return her to her mother. Fighting bad guys, demons, searching for a missing girl, a mysterious man named Paul makes for a roller coaster ride of a story. There are twists and turns and the ending blew my mind a little. An amazing first book in this series. I can't say enough about it. I loved, loved, loved this book.

I received a free copy of this book via Booksprout and am voluntarily leaving a review.
Read more
Helpful
Report abuse

AA Lee
5.0 out of 5 stars This Novel Has It All
Reviewed in Canada on March 4, 2019
The main character compares very well with Thomas Sniegoski's Remy Chandler. Both are deep conflicted and surprisingly moral anti-heroes trying to figure out their place in the world and to the world. Both can't seem to help those who they consider unable to help themselves and neither seems to have a problem doing dirt to get the right thing done. The only primary difference is that Remy Chandler is a full unfallen angel while Steve Cabbott is a nephilim. If the character isn't enough to get you interested, the storyline drags you in and holds on to your attention. The action starts and keeps going with little plot twists to keep you entranced and thrilled. This book is a keeper.

I received a free copy of this book via Booksprout and am voluntarily leaving a review.
Read more
Helpful
Report abuse

Kristen Lewendon
5.0 out of 5 stars An urban fantasy that is nothing like anything I’ve experienced before
Reviewed in Canada on March 31, 2019
An urban fantasy that is nothing like anything I’ve experienced before. This book is such a twisted cross of amazing things. Modern-day dystopia and Christian mysticism combine in a fundamental battle of Us versus Them. I’m a movie girl so those are the analogies I can best work with. There are the supernatural elements of Constantine, the social and emotional commentary of The Handmaid’s Tale, with even a bit of Spawn thrown in for good measure in the form of the message to be the master of your own destiny that closes out the movie, and this book. I’m not sure where all else the author is going to send Steven, but I know it’s an adventure I want to sign on for.
I received a complimentary copy of this book through Booksprout.
Read more
Helpful
Report abuse

Texas
4.0 out of 5 stars Interesting.
Reviewed in Canada on November 5, 2018
Devil's Den - I enjoy reading books by Jeff Altabef. This one, while different from the first book I read by him, is a job well done. The storylines morph like crazy keeping the reader constantly figuring out the new angle, the new twist, the new wrench. A good blend of realism, virtual reality, and demons and angels; don't want to say more without giving something away.

Well written, relatively fast paced and with good descriptions making an interesting, intriguing read complete with suspense. Some of the characters are doozies; there's just enough development of some characters to add to the story, but the main characters do grow as the story advances along. There are a lot of storylines making the story complex but not confusing. Included are peeks at Red Death (two chapters) and Fracture Point (three chapters), which I didn't read either. I contacted Frankie to review her books and received this book. 4*
Read more
Helpful
Report abuse

lynda
5.0 out of 5 stars A Great Read
Reviewed in Canada on November 5, 2018
A very enjoyable tale with lots of suspense and action. A tale of a future where the major cities in each State are split by wealth and class. The main character Steven, comes back home looking for his mother, and wishes he never found her. The characters are well developed with just enough detail so you understand them, but not get bored. This fast paced plot will keep you turning pages wondering what will happen next. I'm looking forward to the next book.
Read more
Helpful
Report abuse
See all reviews

juozas kasiulis
5.0 out of 5 stars Fight against Evil
Reviewed in the United Kingdom on November 5, 2018
Verified Purchase
I found this book very engaging with interesting characters, especially the main one. As I enjoy the supernatural genre this book was just what I wanted. Even this book tended on the darker side and has some gore moments still there are plenty of moments of choices between good and evil. Will be waiting for next book:)
Read more
Report abuse

KcDuchess
5.0 out of 5 stars The battle between good and evil is fought on all levels and all the bets are off
Reviewed in the United States on November 12, 2018
Verified Purchase
Devil's Den is the first book in Jeff Altabef's new series and it is good. Actually better than good, it's a five-star ride into a world where demons and angels exist among humans.

The world, that Jeff Altabef has built, is dark and sinister, only fleeting moments of hope. Steven joined the army after his mother killed his father and claimed he was a demon. Now, 16 years later, Steven sees demons and the dark side tempts him.

It's been two weeks, six days, and seven hours since I last killed someone. Pity, I really wanted to reach three weeks.
(Loc 253 Kindle edition)

Now Steven is back, trying to track down his mother and find out the truth about his father. One text message from a person he left behind sixteen years ago changes his search into a rescue mission. A teenage girl has gone missing and he has to find her before it is too late. When the truth behind her disappearance is slowly revealed Steven realizes that the battle between good and evil is fought on all levels and all the bets are off.

Devil's Den is a thriller combined with paranormal and dystopian and maybe even some apocalyptical aspects too. It may sound like a lot, but it is all perfectly weaved into an amazing story. From the first page until the very last, Devil's Den has a tight hold of the reader and there's no other choice than keep reading. Putting the book down is simply not an option.
Read more
3 people found this helpful
Report abuse

Kindle Customer
4.0 out of 5 stars Impressive Fiction of Supernatural
Reviewed in the United States on December 31, 2019
Verified Purchase
The author's account in a tale of the Supernatural is quite impressive. While there is a lot of fiction, the reader is easily drawn into the identities within the story. I find the book riveting. I can't wait to read the sequels.
Read more
2 people found this helpful
Report abuse

Nancy A Clark
4.0 out of 5 stars An interesting take
Reviewed in the United States on January 20, 2020
Verified Purchase
This is an interesting story, involving the supernatural world and the possibilities that fill the time that leads into "the great struggle" or the end times. Highly imaginative and completely different from other books on the subject. Time well spent
Read more
One person found this helpful
Report abuse
See all reviews
Fast, FREE delivery, video streaming, music, and much more
Prime members enjoy Free Two-Day Shipping, Free Same-Day or One-Day Delivery to select areas, Prime Video, Prime Music, Prime Reading, and more.
> Get started
Back to top
Get to Know Us
Make Money with Us
Amazon Payment Products
Let Us Help You
EnglishChoose a language for shopping. CanadaChoose a country/region for shopping.
© 2008-2020, Amazon.com, Inc. or its affiliates