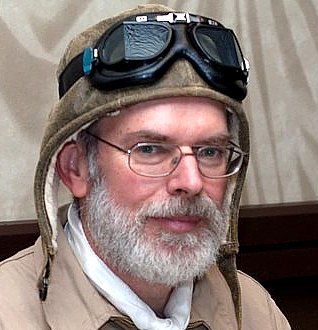 Author Milo M. Hastings (1884-1957) has the unusual distinction of being the only poultry scientist ever to write a classic work of science fiction (CITY OF ENDLESS NIGHT, 1919). He was also a health-food pioneer and wrote an early work on the dangers of high blood pressure. Editor Robert Plamondon keeps a flock of 600 free-range hens on his farm in Blodgett, Oregon, using methods inspired by THE DOLLAR HEN.

Introduction to the Norton Creek Edition

Milo Hastings THE DOLLAR HEN changed my life. The book was almost 90 years old when I first read it, but it set me on the path to a successful free-range egg business. It gave me more good advice than any poultry book Ive read, before or since. But Hastings was always ahead of his time.

Hastings was Poultryman at the Kansas Experiment Station in 1902, only a few years after any scientist anywhere turned his attention to practical poultry questions, but he was given no funds. He moved on to the USDA, which charged him with learning all about the commercial poultry industry as it then stood, which brought some much-needed practical information into the field.

In 1919, he wrote a classic work of science fiction, CITY OF ENDLESS NIGHT. Because of Hastings practical bent, the book is chillingly plausible, which isnt something you can say of most SF works of that era.

In the Twenties, Hastings was active in the physical culture movement, writing books and serving as food editor of Physical Culture magazine. The movement was mostly focused on the health benefits of exercise, but Hastings added a much-needed emphasis on nutrition. This was when vitamins were a new concept. Hastings was right there with both theory and practice. He wrote books on nutrition and an early work on high blood pressure.

Hastings was that rarest of creatures, the practical philosopher. He wanted to make sense of the world in a way that would be immediately useful to his readers.

When I started raising chickens on my Oregon farm in 1996, I wanted to learn about profitable free-range egg farming. I have always tried to turn my hobbies into businesses, and I saw no reason why farming should be an exception.

The modern literature I could find on poultry farming fell into three categories:

1. Professional literature for modern factory farms. This information is interesting and often useful, but is generally cant be applied directly to the problems of small farms.

2. Literature for backyarders, fanciers, and hobbyists. Though fascinating and in many cases charming, these works are generally quite useless for practical farmers. They are written by and for people with very small flocks who look forward to spending time and money on their fascinating hobby without any real expectation of profit. To the farmer, profit is what pays the mortgage, puts the kids through college, and pays for retirement (or, in my case, make a part-time contribution to these things), and any work that treats profit as an optional extra provides hazardous guidance.

3. Literature motivated by politics, a romantic view of farm life, or a fear of chemicals. I found these particularly misleading, because they tended to represent theories as facts and wishful thinking as established practices. It turns out that most of this writing is done by non-farmers, though they do not advertise this fact.

To learn something practical, I turned to the poultry literature of yesteryear, when small farms like mine were the norm, and a flock of hens figured into nearly every farm in the country. I quickly learned that the period of interest started around 1900, when practical poultry research began, and ended around 1960, when the switch to factory farming was complete.

I live close to Oregon State University, where just about every poultry book ever written can be found on the first floor of the Valley Library. However, the first dozen or so books I read were just as impractical as their modern equivalents. There have always been books written about the delights of country life by newly transplanted city folks. Ominously, many were written by people whose poultry business was in its second or third year of operation, before the owners money or luck had been given time to run out.

In short, my search for examples of practical, unpretentious, profitable free-range egg farming was coming up empty.

Then I found THE DOLLAR HEN.

Hastings was refreshingly practical, even cynical. I liked him immediately. He was the only poultry author I had found who came right out and said that a farmers time is too valuable to waste, and that results come not from fancy methods but from simple ones, intelligently applied.

More than that, he had investigated every aspect of the poultry industry when working for the U.S. Department of Agriculture, and he explained the fundamentals of how it all worked. Because fundamentals never change, this information is as useful now as it was when it was written, almost a century ago.

The book is particularly useful to todays small farmers and those who deal with them, because the problems and methods of small farmers have changed relatively little, and have more in common with those of Hastings day than they do with todays industrialized farms.

I have edited Hastings original work, replacing terms that have fallen out of use with modern equivalents, adding explanatory footnotes, and knocking some of the rough edges off the original editions erratic punctuation. At no point have I changed the meaning of a single sentence.

4.6 out of 5 stars
4.6 out of 5
8 global ratings
How are ratings calculated?
To calculate the overall star rating and percentage breakdown by star, we don’t use a simple average. Instead, our system considers things like how recent a review is and if the reviewer bought the item on Amazon. It also analyzes reviews to verify trustworthiness.
Top reviews

Lorrie
4.0 out of 5 stars Nothing new under the sun.
Reviewed in Canada on August 3, 2003
Lots of new gadgets and inventions today but the old methods of yester year still tried and true. This is brought out in a wonderful easy read and fine editing by Mr. Plamondon. Capturing the past and sailing it into today with good common 'chicken sense' practices. I also have other books by Mr. Plamondon that have that same appeal. Success With Baby Chicks, Genetics of the Fowl and am looking forward to getting my copy of Feeding Poultry: The Classic Guide to Poultry Nutrition. These are a wealth of information for the beginner to the well weathered Showman or the serious breeders.
I highly recommend these books.
Read more
Helpful
Report abuse

Michael B
3.0 out of 5 stars Old book given new life
Reviewed in Canada on May 6, 2003
Mr. Plamondon has taken a 1909 classic and edited it to reflect modern advances while maintaining the common sense basis of the original. His comments are bolded at the bottom of the page where needed. The original text is maintained allowing the reader to see how pastured poultry farming was done almost a hundred years ago. Recommended reading for anyone either raising free-range poultry or considering it.
Read more
Helpful
Report abuse
See all reviews

Hazelnut
4.0 out of 5 stars Buy only if you are serious about raising chickens
Reviewed in the United States on January 31, 2010
Verified Purchase
This book was originally written in 1907, but for the wannabe serious poultry farmer, it still makes excellent sense. The author was a poultryman at the Kansas Experiment Station, and later in charge of the commerical poultry investigation of the USDA. He had investigated every aspect of the poultry industry before writing this book, which specifically addresses itself to the individual chicken farmers, not the commercialized big industry.

I bought the book because I wanted to raise, organically, a small flock for healthy eggs and meat, and, if possible, make it pay for itself in sales as well. His book is the best I've found that deals with the entirety of housing, feeding, hatching chicks, and making money as well as feeding your own family.

He gets right down to the fundamentals, which is what you'll need to know. It's a good book to read and keep as reference. You won't be sorry if you buy it.
Read more
6 people found this helpful
Report abuse

NanaSmith
5.0 out of 5 stars Great Chicken/Farm Book
Reviewed in the United States on September 18, 2011
Verified Purchase
This book will help anyone who thinks about using poultry for a business. The author covers the economical and practical side of the business. Even though this book was written in the early 1900s, the principles of the poultry business are still the same. The author also offers tips on how to help the hobby poultry farmer make the best use of his/her land.

I would love to see someone write a modern day version of this kind of book.
Read more
One person found this helpful
Report abuse

Rebecca Neilson
5.0 out of 5 stars Great Book!
Reviewed in the United States on March 20, 2011
Verified Purchase
While you might think this book is outdated you are wrong! It is very revelant to today and that is why it truely is a The Classic Guie to American-Free Range Egg Farming. Very informative and practical.
Read more
Report abuse

Carla W.
5.0 out of 5 stars Learned alot about chiken farming
Reviewed in the United States on April 12, 2013
Verified Purchase
We started raising chickens about 8 years ago and without this book we may have failed in our endeavor. It was a good read and very helpful
Read more
Report abuse
See all reviews
Fast, FREE delivery, video streaming, music, and much more
Prime members enjoy Free Two-Day Shipping, Free Same-Day or One-Day Delivery to select areas, Prime Video, Prime Music, Prime Reading, and more.
> Get started
Back to top
Get to Know Us
Make Money with Us
Amazon Payment Products
Let Us Help You
EnglishChoose a language for shopping. CanadaChoose a country/region for shopping.
© 2008-2021, Amazon.com, Inc. or its affiliates