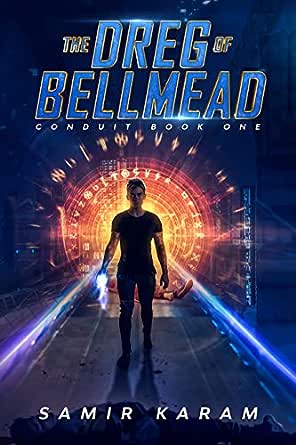 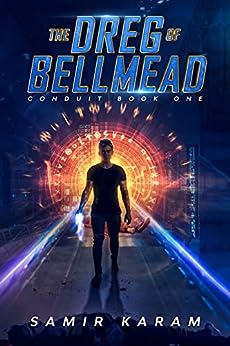 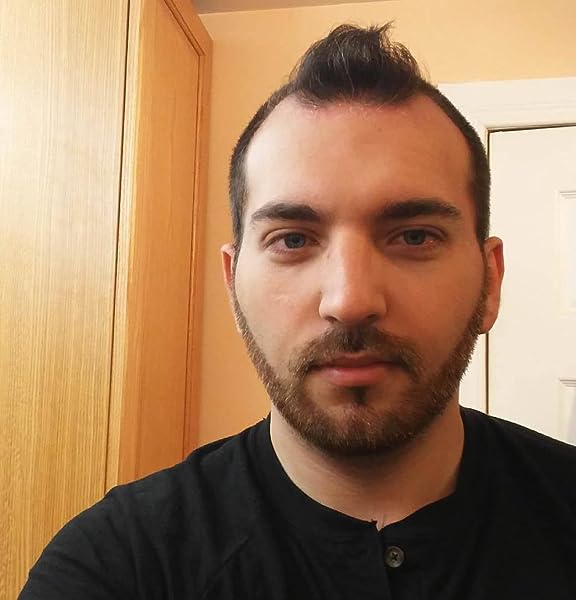 4.4 out of 5 stars
4.4 out of 5
6 global customer ratings
How does Amazon calculate star ratings?
Amazon calculates a product’s star ratings using a machine learned model instead of a raw data average. The machine learned model takes into account factors including: the age of a review, helpfulness votes by customers and whether the reviews are from verified purchases.
Top Reviews

Ian
5.0 out of 5 stars Amazing book
Reviewed in Australia on October 12, 2019
Verified Purchase
I found about about the authors book by reading some of their fanfiction. Wow this book does not disappoint it’s bloody fantastic & I can’t wait to read the next in the series
Read more
Helpful
Sending feedback...
Thank you for your feedback.
Sorry, we failed to record your vote. Please try again
Report abuse

Kine X
4.0 out of 5 stars 4 Star Review
Reviewed in the United States on April 8, 2020
Verified Purchase
I liked this book, but I feel like it could have been better.

The characters have their own distinct personalities. You can easily tell which character is saying what, just from how the sentence is structured. But, even with that, I feel like the MC's dialogue was pretty generic. I felt like I'd seen this MC many times before, an edgy teen with snappy comebacks who thinks that the world is against him (that last part may be warranted in his case, though). The three people he constantly talks with are welcome, but it feels like they're just a crutch sometimes--like they're just there to move the story forward.

In regards to the magic, I have to say I like where it can potentially go. I don't care for the magic he chose (cause I'm a fanboy of enchanting), but it turns out that his magic really helps him in the end. There weren't any defined rules for the magic besides "creativity=different uses".

The writing itself is well done, so there's not much I can say on it. I don't recall seeing any mirror words, run on sentences, or wrong uses of words (like they're, there, or their, etc). There were a few errors I found, but they're minuscule.

There are a few other things, but those have to do with preference of one style over another (ex: the oxford comma).

Altogether, I have to say that I enjoyed this book and look forward to the next one.
Read more
One person found this helpful
Helpful
Sending feedback...
Thank you for your feedback.
Sorry, we failed to record your vote. Please try again
Report abuse

Domon38
5.0 out of 5 stars Looking for a little darkness in your life?
Reviewed in the United States on September 20, 2019
Verified Purchase
Exactly as described. Engaging story. Definitely different from my usual reads. Would definitely recommend!
Read more

One person found this helpful
Helpful
Sending feedback...
Thank you for your feedback.
Sorry, we failed to record your vote. Please try again
Report abuse

Michelle Kutrybala
3.0 out of 5 stars I read this on the recommendation of my eldest son. Have it 3 stars due to overwhelming amount of violence. It's just not to my liking. Maybe a generational thing. As the author said at the end. Would be a good read for anyone interested in fantastic or anime, especially a younger audience.
Reviewed in the United States on March 24, 2020
Verified Purchase
Was looking for something new having read a couple of traditional sci-fi fiction recently. La la la la la l
Read more
Helpful
Sending feedback...
Thank you for your feedback.
Sorry, we failed to record your vote. Please try again
Report abuse
See all reviews
Fast, FREE delivery, video streaming, music, and much more
Prime members enjoy Free Two-Day Shipping, Free Same-Day or One-Day Delivery to select areas, Prime Video, Prime Music, Prime Reading, and more.
> Get started
Back to top
Get to Know Us
Make Money with Us
Amazon Payment Products
Let Us Help You
EnglishChoose a language for shopping. CanadaChoose a country/region for shopping.
© 2008-2020, Amazon.com, Inc. or its affiliates