Skip to main content
Share <Embed>
Have one to sell?
Sell on Amazon
Flip to back Flip to front
Listen Playing... Paused   You're listening to a sample of the Audible audio edition.
Learn more
See all 3 images 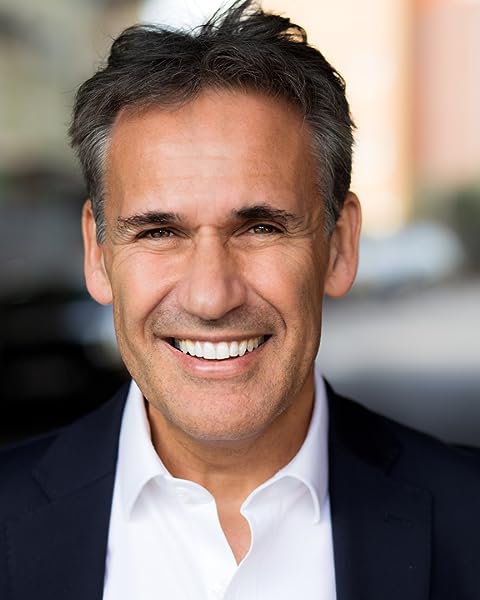 The End of Lawyers?: Rethinking the nature of legal services Paperback – Illustrated, Sept. 16 2010

Start reading The End of Lawyers?: Rethinking the nature of legal services on your Kindle in under a minute.

Review from previous edition: "His advice cannot be ignored by those lawyers who want to survive the economic turmoil" ―Joshua Rozenberg, The Law Society Gazette 2008

"I feel Susskind has made an excellent start by opening up the debate" ―Phillip Taylor, The Barrister 2009

"The End of Lawyers is a fascinating and timely book" ―Bruce MacEwen, Adam Smith Esq

"This book is addictive! Susskind has done it again with an extremely engaging blend of advice." ―Patrick McKenna 2009

"I believe anyone working in a professional service form could find useful examples of what can be accomplished in their own profession, throughout this book" ―Patrick McKenna 2009

"Richard Susskind's predictions of 1996, in The Future of Law, can now be seen to be coming to pass. I am confident that those in this new work, where he looks even further into the future, will likewise come to pass, given the extraordinary depth of knowledge, analysis and reasoning he has brought to bear and which this book demonstrates on every page" ―Lord Saville of Newdigate, President of the Society for Computers and Law

"Richard Susskind speaks to the issues facing law firms big and small, in-house legal teams, legal publishers, training establishments and individual lawyers. He has a lucid style informed by personal experience and observation and deep connections within the legal profession. This book should be compulsory reading for all who care about the future of the law." ―Mark Harding, Group General Counsel, Barclays

"If you don't quickly absorb what Susskind has to say, you'll already be behind in adapting to the modern legal profession, in-house as well as private practice. You can't and won't agree with everything here, but you must read it all and think about it all. It would be irresponsible (and self-destructive) to avoid reflecting on the voluminous arguments and examples presented here." ―David Maister, consultant and author, The Trusted Advisor

"Susskind remains the only the writer today who can put the future of lawyers and the legal professions on the agenda at the highest levels of government, the judiciary, the legal institutions, major corporations - and law firms" ―Charles Christian, editor, Legal Technology Insider

"In The End of Lawyers?, Richard Susskind brilliantly and passionately shows us how to think about practising law in the 21st century. The book's inspirational outlook and yet practical approach make it a must-read for any lawyer aspiring to achieve professional success and make a difference for his or her clients." ―Dov Seidman, Chairman and CEO, LRN, and author, HOW

Richard Susskind is an author, speaker, and independent adviser to international professional firms and national governments. His views on the future of legal service have influenced a generation of lawyers around the world. He has written numerous books, including The Future of Law (Oxford, 1996) and Transforming the Law (Oxford, 2000), and has been a regular columnist at The Times. He has been invited to lecture in over 40 countries, and has addressed legal audiences (in person and electronically), numbering more than 200,000. Richard is Honorary and Emeritus Law Professor at Gresham College, London, Visiting Professor in Internet Studies at the Oxford Internet Institute, Oxford University, and IT adviser to the Lord Chief Justice of England and Wales. He holds a doctorate in law from Balliol College, Oxford, and is a Fellow of the British Computer Society and of the Royal Society of Edinburgh. He was awarded an OBE in 2000 for services to IT in the Law and to the Administration of Justice.

4.1 out of 5 stars
4.1 out of 5
52 global ratings
How are ratings calculated?
To calculate the overall star rating and percentage breakdown by star, we don’t use a simple average. Instead, our system considers things like how recent a review is and if the reviewer bought the item on Amazon. It also analyzes reviews to verify trustworthiness.
Top reviews

J. Baldwin
5.0 out of 5 stars A brilliant and imaginative book
Reviewed in the United Kingdom on March 13, 2013
Verified Purchase
The legal world is changing very rapidly, and the central argument of this brilliant and imaginative book is that the future for lawyers is bleak unless they are prepared rethink the ways they work. Susskind notes that the methods adopted by legal businesses are now so outdated that teenagers `would be horrified by the antiquity of it all'. The same applies to the courts and Susskind sees reforming outmoded court procedures as one way in which the public's `access to justice' might be considerably enhanced. The rapid growth of online dispute resolution procedures provides a striking example of what he has in mind.

Susskind argues that market forces have meant that using lawyers has now become so expensive as to be unsustainable and that there is a pressing need for a `genuine transformation in the way in which legal services are delivered'. He provides a long list of ways that law firms might adapt (e.g. by embracing developments in IT, standardising and `commoditizing' legal work, off-shoring, outsourcing, multi-sourcing and subcontracting) if they are to survive. He also regards it as crucial that lawyers charge for the work they do by fixed fees, not on an hourly basis. For obvious reasons, efficiency is, as Susskind puts it, `the enemy of the law firm that charges on an hourly billing basis.'

Lawyers tend by nature to be highly conservative and many will doubtless see the message in this scholarly yet highly readable book as unpalatable. But lawyers who resist calls to adopt new (and very unfamiliar) working practices will do so at their peril. Susskind is right: the law does not exist to provide a livelihood for lawyers.
Read more
4 people found this helpful
Report abuse

Michael L
5.0 out of 5 stars The End of Lawyers?
Reviewed in the United Kingdom on December 6, 2008
Verified Purchase
The timing of this vital read for every lawyer could not have been better. Economic downturn is accelerating the rate at which the candle of traditional legal practice is incinerating at both ends. Clients' increasing intolerance of legal uncertainty, risk and cost, and their growing need for transparency, combine to emphasize what Susskind identifies as ten technologies with the collective potential of overturning the commonly-accepted role of the practicing lawyer. The balance of power has shifted to clients, such as in-house counsel. Here, in under 300 pages, is a stream of ideas from someone long regarded as a futurologist for how lawyers can re-focus and re-apply their added value, and grow their practices - despite economic challenges - partly by leveraging emerging technology. It is persuasive, pithy, honest, illustrated with examples and browseable. Having been an in-house lawyer for 37 years, observing how traditional law practice has been deployed by leading firms, I would urge everyone in the field to read this one carefully and take its foresight seriously.
Read more
20 people found this helpful
Report abuse

忠海弘一
4.0 out of 5 stars 法曹、法曹志望者に必読書
Reviewed in Japan on August 21, 2012
Verified Purchase
私は50年近く法曹界に席を置いています。この本をネットで知りました。アマゾンで取り寄せたところ数日できました。ペパー版ですので大変安いとお思います。原書ですが法曹関係者なら、関心のある問題ですから、辞書なくても読めます。お薦めします。
Read more
Report abuse
Translate review to English
See all reviews
Back to top
Get to Know Us
Make Money with Us
Amazon Payment Products
Let Us Help You
EnglishChoose a language for shopping. CanadaChoose a country/region for shopping.
© 2008-2021, Amazon.com, Inc. or its affiliates