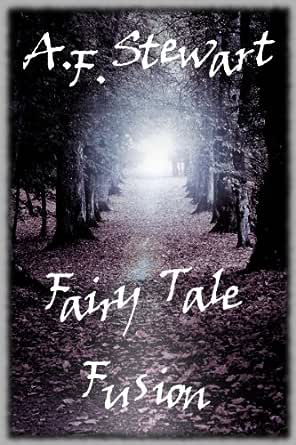 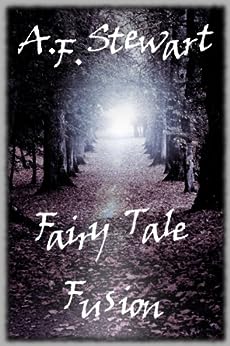 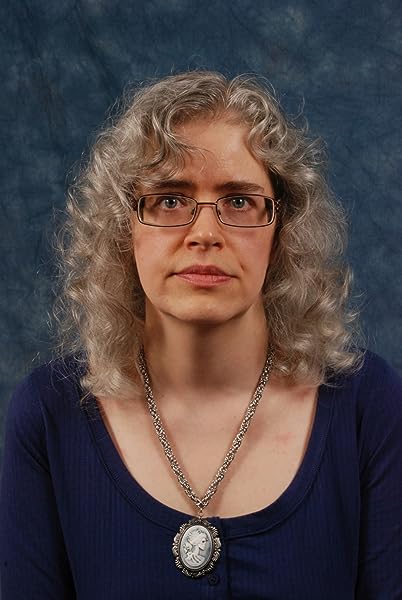 4.7 out of 5 stars
4.7 out of 5
5 customer ratings
How does Amazon calculate star ratings?
Amazon calculates a product’s star ratings using a machine learned model instead of a raw data average. The machine learned model takes into account factors including: the age of a review, helpfulness votes by customers and whether the reviews are from verified purchases.
Top reviews

TermiteWriter
4.0 out of 5 stars Amusing Send-Up of FairyLand, Plus Some Horror Shorts
Reviewed in the United States on December 14, 2016
Verified Purchase
This collection of short pieces is a satiric take on Fairyland (or is it on humanity?), including reports by FTN (Fairyland News) and cases solved by the Fairyland Police Dept. Many of the stories in Part One follow the work of Detective Tom Piper. A. F. Stewart is a writer of horror fiction and poetry and it shows. For example, in “The Case of the Missing Frog Prince,” the poor enchanted prince gets cooked and eaten in the palace kitchen. It seems that fairy tale characters are very much like humans – they feel unappreciated, steal things, have extramarital affairs, use drugs, and commit murders. Alice even marries the Mad Hatter. There is a gang called the Round Table Boys – chuckle! And an ominous reversal of the Beauty and the Beast tale creates a shudder. One of my favorite bits is the first meeting of Detective Piper and the woodland witch Rose Red in the Wish upon a Star Lounge – a nice take on hardboiled detective fiction.
Part Two consists of shorts truly in the horror genre, mostly dealing with evil toys. And the end of the final brief tale is priceless, so I won’t spoil it by telling you how the last line reads!
I recommend this book for anyone wanting a quick, entertaining. and clever read.
Read more
Helpful
Sending feedback...
Thank you for your feedback.
Sorry, we failed to record your vote. Please try again
Report abuse

Kitty
5.0 out of 5 stars Kitty Muse Book Reviews
Reviewed in the United States on July 7, 2016
Verified Purchase
Goldilocks on trial for breaking and entering. Old Mother Hubbard under suspicion for animal abuse.
What happens when reality seeps into your favorite childhood stories and nursery rhymes? Something pretty much along the lines of this book.
Detective Piper has his hands full, what with the Snow Queen crashing Cinderella’s party, among other crimes of the most dastardly type. Not to mention his on-again, off-again relationship with Rose Red, the woodland witch. She, however, has problems of her own, which Piper is only too happy to help her sort out.
Definitely the type of book that answers the reality-based question: “Do they really live happily after in those stories?”
“Fairy Tale Fusion” reminded me a lot of Jasper Fforde’s Nursery Crimes series, and was just as entertaining. I definitely recommend this book.
Read more
Helpful
Sending feedback...
Thank you for your feedback.
Sorry, we failed to record your vote. Please try again
Report abuse

Martha A. Cheves
5.0 out of 5 stars Funny and Creative
Reviewed in the United States on April 19, 2014
Verified Purchase
Have you ever wondered about what happened to all of our nursery rhyme characters? All of the stories ended with "They lived happily ever after" but is that true. Well, according to A. F. Stewart and the story land reporters, along with the story land police, that wasn't really the case.

Do you remember Alice who went to Wonderland? Well, there was a grand wedding of the Mad Hatter and Alice last Sunday. It was a stunning affair, utilizing a red and white wedding theme with a playing card motif. The bride looked dazzling in a crystal encrusted white dress with cap sleeves, offset with a red embroidered sash. Bridesmaids included the bride's sister, the Duchess, and the Cheshire Cat. The best man was the White Rabbit.

Have you ever wondered what ever happened to The Three Little Pigs? Well, according to reporters Spider Bramble and Aurora Gossamer with the Fairyland news, there appears to be a manhunt for the First Little Pig, in connection with a tragic domestic incident that left the other two Pig brothers butchered. A late night dispute, over what seemed to have been long simmering family grievances, went terribly wrong, resulting in the stabbing death of two of the brother Pig.

And what ever happened to the Old Woman Who Lived in a Shoe? She went missing fourteen days ago, after apparently suffering a nervous breakdown. This is the latest in a string of mishaps, including her arrest on drug charges and the removal of her children into foster care by Child Services. The Fairyland Police tracked her down and evidently found her trying to make a size 12 Oxford loafer her new home. She is now undergoing psychiatric observation and rehab.

To my surprise, and I'm sure yours too, there apparently wasn't a Happily Ever After for these beloved childhood characters. Fairy Tale Fusion will take you back in memories as you find out what really happened to Red Riding Hood and the Wolf, Tom Piper, Sleeping Beauty and even Beauty and the Beast.

I've read other books written by A. F. Stewart and enjoyed them and this book was just as enjoyable. Her version of these bedtime stories are not exactly great for children but they sure did give me a chuckle and I think it will you too.
Read more
Helpful
Sending feedback...
Thank you for your feedback.
Sorry, we failed to record your vote. Please try again
Report abuse