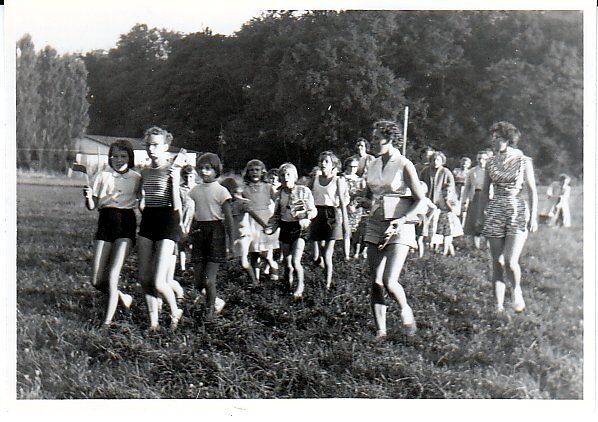 Flight Into The Unknown: Dreaming of Life and Love in Canada Paperback – May 4 2020

by Giselle Roeder (Author)
4.5 out of 5 stars 6 ratings
See all formats and editions
Sorry, there was a problem loading this page. Try again.

Start reading Flight Into The Unknown on your Kindle in under a minute.

4.5 out of 5 stars
4.5 out of 5
6 global ratings
How are ratings calculated?
To calculate the overall star rating and percentage breakdown by star, we don’t use a simple average. Instead, our system considers things like how recent a review is and if the reviewer bought the item on Amazon. It also analyzes reviews to verify trustworthiness.
Top reviews

Old Fozzie
4.0 out of 5 stars I read her first book "We Don't talk About That" and I wanted to know more.
Reviewed in Canada on September 15, 2020
Verified Purchase
In her first book she details life in East Germany while under Russian occupation. Life was terrible but they persevered and did what they had to survive. With all the horrible experiences her family encountered she managed to escape to West Berlin by herself, later got married and then moved to Canada where life was better at times. Her marriage later failed and she had to start all over again with virtually no possessions. This book tells her story that despite her troubled life growing up in post war Germany the will to live and succeed was strong.
Read more
Helpful
Report abuse

JP McLean
5.0 out of 5 stars Another Harsh Reality
Reviewed in Canada on March 24, 2021
The first book in Giselle Roeder’s memoir told the harrowing story of her childhood, World War II, her displacement, and the horrors she endured as a refugee. This second book tells the next installment of her life’s story, her decision to emigrate to Canada.

Flight Into the Unknown is another instructive account, this one of the European immigrant experience in Canada. Roeder recalls in striking detail her experiences as a new wife and stepmother in a country where she didn’t speak the language or know its customs. Roeder describes a life rich in love, success and travel, and the great price she paid for it.

This is an enjoyable memoir about a woman who has lived an interesting life, overcame significant obstacles, and grew stronger for it. I look forward to reading the third and final installment when it’s ready.
Read more
Helpful
Report abuse
See all reviews

Ann Victoria Roberts
4.0 out of 5 stars Life in Canada
Reviewed in the United Kingdom on October 30, 2020
Verified Purchase
Giselle Roeder’s first memoir, ‘We Don’t Talk About That,’ was a compelling read, an account of life in East Germany, from the latter stages of WW2 when the Russians invaded, to her escape to West Germany in 1955. Abused by her employer, in 1963, Giselle needed to escape again, and accepted a proposal from a man and his very young daughter in Canada.
This is where ‘Flight Into the Unknown’ begins, and at first her decision seems like a good one. Her husband is German, comes from a good family, and Giselle is touchingly welcomed by the little girl. The vastness of Canada is well described, as are the arbitrary decisions of her unreliable husband. My main criticism of this memoir is that I found it hard to understand how such an ambitious, hard-working, and highly intelligent woman could accept these decisions without protest. Her love for the little girl – and later, her own son – doesn’t quite explain it. Some personal reflections on that time would have given the story more depth.
Having said that, ‘Flight into the Unknown,’ is a page-turning tale in which Giselle Roeder depicts her life like a roller coaster ride. Against all odds, she became successful in business, and finally broke free once more. I look forward to the next account in the author’s life-story, in which I hope she achieves personal happiness as well as success.
Read more
Report abuse

msk
4.0 out of 5 stars Honest and moving memoir
Reviewed in the United Kingdom on July 1, 2020
Verified Purchase
I am of a generation that didn't know the 2nd World War and that didn't face deprivation or a difficult childhood. I can look back on my upbringing with a sense of joy and thankfulness for the family into which I was born. (Though I did live through the 'Troubles' in Northern Ireland, but that was a different set of difficulties.) So in some ways I found it hard to understand how the lady who has written this memoir could allow herself to be manipulated into situations and decisions taken for her. But nevertheless I found this a well-written, moving, illuminating and above all honest account, shining a light on aspects and nuances of the post-war period that I had no prior knowledge of. At times I wept for her circumstances in what should have been a 'brave new world' but often wasn't, and I admire her courage in opening up her life to scrutiny in this way. This isn't a misery memoir, however, but it isn't sugar-coated either. Well worth the read.
Read more
Report abuse
See all reviews
Back to top
Get to Know Us
Make Money with Us
Amazon Payment Products
Let Us Help You
EnglishChoose a language for shopping. CanadaChoose a country/region for shopping.
© 2008-2021, Amazon.com, Inc. or its affiliates