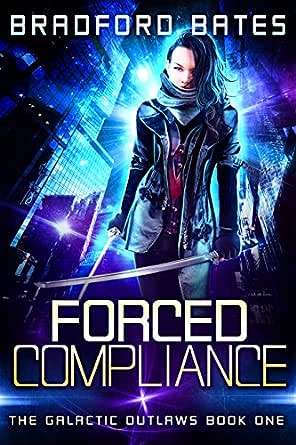 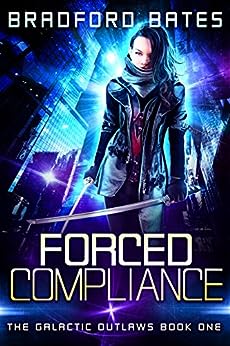 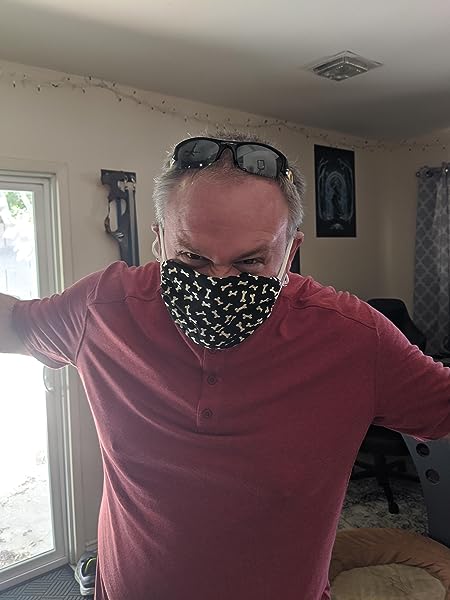 4.1 out of 5 stars
4.1 out of 5
29 global ratings
How are ratings calculated?
To calculate the overall star rating and percentage breakdown by star, we don’t use a simple average. Instead, our system considers things like how recent a review is and if the reviewer bought the item on Amazon. It also analyzes reviews to verify trustworthiness.
Top reviews

Amazon Customer
3.0 out of 5 stars It was ok
Reviewed in Canada on February 24, 2020
Verified Purchase
It was ok
Read more
Helpful
Report abuse

DEP
5.0 out of 5 stars Interesting book
Reviewed in Canada on February 12, 2017
Verified Purchase
Good interesting book. You will be reading two different things but eventually something happens. I just don't like the abrupt ending. I hope there is another book coming.
Read more
Helpful
Report abuse

Mason
5.0 out of 5 stars Five Stars
Reviewed in Canada on February 18, 2017
Damn Good. It's like Firefly meets Blade. Finished it under a day.
Read more
One person found this helpful
Helpful
Report abuse
See all reviews

Bollard
4.0 out of 5 stars Takes off at 40%
Reviewed in the United Kingdom on May 12, 2017
Verified Purchase
For the first 39.9% this is plodding stuff and I was close to giving it up. At 40% we hit a new seam of imagination and it's all good from there, apart from the grammar glitches (random insertion of commas, 'metal' for 'mettle' - you know the sort of thing) which seem inevitable these days. The writing smacks us in the face with the characters' back stories; and some of the dialogue is just not credible. But all is forgiven once the story gets going at the 40% point on Kindle. After that I forgave the kludges because I wanted to know what would happen. I am now finishing volume 2.
Read more
One person found this helpful
Report abuse

Kindle Customer
5.0 out of 5 stars Forced?
Reviewed in the United States on September 6, 2017
Verified Purchase
I really enjoyed this book! Except for a couple of times when 'too' was used where they needed 'to,' then just a couple of sentences into chapter 20, I think, they are going to test her 'metal' rather than her 'mettle.'
Despite my nitpickiness & the proofreader's errors, I loved the book. It pulled me in & kept me to the end.
It actually was two separate stories that don't come together until the end of the book, & then you're left waiting for the next book.
The crew of a smuggler's spaceship runs into trouble, goes after their missing crew member, expects & gets trouble from there on out.
A waitress that moonlights as a student at a flight school stops to help a customer that gets herself into trouble. The waitress gets kidnapped for her good samaritan behavior, & her troubles grow from there!
Want to know how their stories tie together? Read the book!
Read more
3 people found this helpful
Report abuse

Nikki JS
3.0 out of 5 stars Sci-Fi With A Paranormal Twist
Reviewed in the United States on June 24, 2018
Verified Purchase
As a rule, I do not usually read sci-fi, but I liked the authors Ascendancy series (both of them), so I thought I would give this first book in The Galactic Outlaws series a try.

What I liked about this book, is that it was a subtle sci-fi read. More like a read set in the distant future, where travelling around the universe is not a stretch of the imagination. The characters were plausible, and the two main ones believable. Which brings me to the authors M.O. for writing books, his different POV's. The two main ones are Captain Drake and Samantha Ripley, and their POV's start 70 years apart. Samantha's start at 3054 and Drake's at 3124. I also liked the crafting of the multiverse he took us to, again not too sci-fi that it would put me off. I also liked the paranormal element, it really is kind of smoothly written in.

What I didn't like, is that with all his other books, it was short. I generally don't mention the editing, but the lack of proper comma use made some parts hard to read. You had to re-read some sentences so it made sense. Also, small words were omitted in places, which you had to read into the prose for it to flow right. This for me was the reason I only gave three stars.

Overall, for me this story was quite compelling and a little unique, since I'm not a sci-fi reader. So long as you can get past the grammatical errors and word omissions, you too, should be able to enjoy this first book in the series.
Read more
Report abuse

Robert Rozell
5.0 out of 5 stars Interesting
Reviewed in the United States on April 14, 2018
Verified Purchase
There is really nothing as good as old fashion Space Opera done correctly, this is done correctly. The main characters are well thought out, interesting, and quite capable. The plot is well done moves quickly, the writing is tight. Reward yourself, read this today.
Read more
2 people found this helpful
Report abuse

Dad Brockette
5.0 out of 5 stars Not what I expected but it was awesome. Oracular meets fire fly
Reviewed in the United States on March 10, 2017
Verified Purchase
The story line just twisted one way than another, but always made since looking back. I could find no inconsistency in any of it. Just a fun and wonderful read.
Read more
3 people found this helpful
Report abuse
See all reviews
Fast, FREE delivery, video streaming, music, and much more
Prime members enjoy Free Two-Day Shipping, Free Same-Day or One-Day Delivery to select areas, Prime Video, Prime Music, Prime Reading, and more.
> Get started
Back to top
Get to Know Us
Make Money with Us
Amazon Payment Products
Let Us Help You
EnglishChoose a language for shopping. CanadaChoose a country/region for shopping.
© 2008-2020, Amazon.com, Inc. or its affiliates