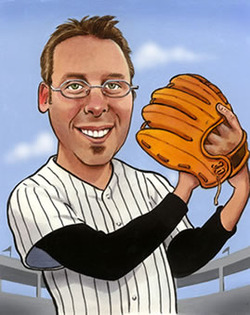 Getting To First Base With Danalda Chase Paperback – Feb. 3 2005

Start reading Getting To First Base With Danalda Chase on your Kindle in under a minute.

Toronto author Matt Beams debut novel centres on seventh grader Darcy Spillmans attempts to connect getting to first base in baseball with getting to first base with Danalda Chase, simultaneously the hottest and coolest girl at Cherrydale Junior High. But while he knows all about baseball- balls, strikes, fouls, fielders choices, balks, grounders and home field advantage-he knows diddley about girls and how to get along with them.
His baseball-obsessed but athletically inept best friend Dwight isnt much help with the girls, and his other best friend Ralph has shied away from the game to concentrate on being girl-crazy, caught up in attending dances and Cool Crowd parties instead of batting and fielding practices. But the first year of adjusting to junior high is a time for making new friends. So Darcy gets to meet Kamna, a strictly-raised East Indian girl who knows a lot about cricket and girls but not much about baseball. She agrees to coach Darcy in his attempts to get to first base with Danalda in exchange for helping her understand the intricacies of getting to first base in baseball.
But life isnt simple for seventh graders anywhere. So while Darcy and his friends work at their rocky road relationships, Al Spitball Zimmer fires a high hard one at Grandpa Stillman, sending him to the sidelines at a retirement home after he has wandered away when Darcy was supposed to be looking after him. Its a tough call for Darcy who has been really tight with his Grandpa ever since kindergarten. In fact Darcys baseball ties are a lot tighter with the old man than with his father, Nap, or his mom, Sam. Kid sister, Beattie, though, has been hit with the same baseball schtick and shes a star in her own league.
Adding to Darcys well-delineated angst over Grandpa S.s memory losses and his frustration in deciphering the signals Danalda sends him are two funny scenes-one at a spin-the-bottle party, and a second hilarious one at a movie house when Darcys maneuvering to get his arm around Danaldas shoulder ends with them banging heads. Despite the intrusion of a couple of minor plots, the main story lines (baseball and girls and Grandpa S. and Alzheimers) progress well. There are a few characters that could be sent to the dugout and the similarity of names Theresa and Thelma in the line-up is initially confusing. Some readers might also find the concept of seventh graders openly talking about making out a bit premature for that age group, but author Beam has taught and listened to kids at the junior high level in several countries and he doesnt advocate anything untoward.
Besides the stories of kids growing up there are the insights into family relationships and differing cultural standards, and the description of the effects of a debilitating disease on all involved. All are rendered with sensitivity and subtlety, and in the end Darcy, for all the right reasons, makes the right decision when it comes to choosing a girlfriend. And for his premier attempt at a young adult novel Matt Beam rightly deserves a B+.
Wayne Cunningham (Books in Canada)
-- Books in Canada

Matt Beam is a writer, freelance journalist, photographer and teacher. He has taught in New Zealand, Fiji, Guatemala, Vancouver and Toronto. His first book, Getting to First Basewith Danalda Chase, will be published by dutton in the US in 2007. Matt Beam lives with his partner, Lorraine, in Toronto. Visit his website at www.mattbeam.com.

4.0 out of 5 stars
4 out of 5
1 global rating
How are ratings calculated?
To calculate the overall star rating and percentage breakdown by star, we don’t use a simple average. Instead, our system considers things like how recent a review is and if the reviewer bought the item on Amazon. It also analyzes reviews to verify trustworthiness.

There are 0 customer reviews and 1 customer rating.
Back to top
Get to Know Us
Make Money with Us
Amazon Payment Products
Let Us Help You
EnglishChoose a language for shopping. CanadaChoose a country/region for shopping.
© 2008-2021, Amazon.com, Inc. or its affiliates