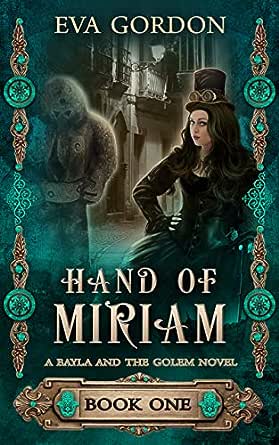 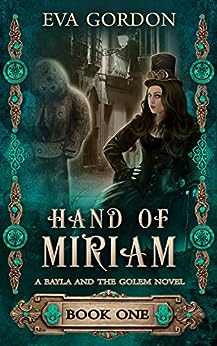 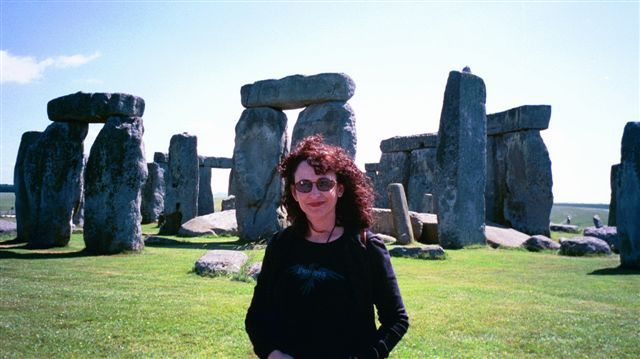 Eva Gordon writes genre bending paranormal/fantasy/steampunk and historical novels with a strong romantic element. She loves to create stories that combine her passion for mythology, steamy romance, and action/suspense. Her imagination takes her from one universe to the next. Thus far, she has several series lined up as well as single titles waiting in line for production. Eva has a BS in Zoology and graduate studies in Biology. She once taught high school Biology, Environmental Science and Anatomy/Physiology. When not in her den writing, she can be found at steampunk conventions, at work at the raptor rehabilitation center, wolf sanctuaries, or to satisfy her inner Hemingway on some global eco adventure. Visit her website: www.ravenauthor.com --This text refers to the paperback edition.
click to open popover

3.7 out of 5 stars
3.7 out of 5
8 customer ratings
How does Amazon calculate star ratings?
Amazon calculates a product’s star ratings using a machine learned model instead of a raw data average. The machine learned model takes into account factors including: the age of a review, helpfulness votes by customers and whether the reviews are from verified purchases.
Top Reviews

Maddy
3.0 out of 5 stars A very good read
Reviewed in Canada on June 4, 2016
This book is acually very well written. I enjoyed reading it though it is not my usual genre to read. The main characters are really amazing together but then again you have a beautiful widow and a fallen angel what more can you ask for..the author keeps you entertained throughout and in some parts on the edge of your seat suspense.. All in all I would recommend this book to anyone who likes steampunk paranormal or wants to read something new...
I received an arc for honest review
Read more
Helpful
Comment Report abuse

S. S. Martin
5.0 out of 5 stars Amazing!
Reviewed in Canada on February 8, 2016
'Hand of Miriam' is the story of Bayla, a woman with a thirst for adventure who becomes a widow and is branded with a knowing eye while on an archaeological expedition. She is thrown into a world of supernatural danger, and awakens a golem as protection.

This is a really powerful read with a steamy romance at its heart. I loved the main characters, they were so vividly depicted and each held their own in the paranormally-infused steampunk setting. Bayla was wonderful as the heroine, so easy to sympathise with and care about. The story unfolded in a suspenseful way and is at times an edge-of-seat experience. The love story was solid and the chemistry between the two main characters was amazing!

I would highly recommend this book to fans of paranormal romance and steampunk novels.
Read more
Helpful
Comment Report abuse
See all reviews from Canada

Cecilia Dominic
5.0 out of 5 stars A fun steampunk escape
Reviewed in the United States on February 23, 2017
Verified Purchase
This is a delightful steampunk book full of supernatural surprises and a hunky angel/golem hero who goes through his own satisfying character arc. The book's highlight is definitely Bayla, who is a strong, independent woman in a time when those traits were considered undesirable. Having a heroine who is a widow is risky because it can feel like there's a love triangle with the late husband and book hero, but the author handles the tricky emotional balance with sensitivity and skill. Also, while I anticipated some of the plot twists, they came with surprises I didn't expect. I highly recommend this book and can't wait to read the next one!
Read more
3 people found this helpful
Helpful
Sending feedback...
Thank you for your feedback.
Sorry, we failed to record your vote. Please try again
Report abuse

Gypsy M
5.0 out of 5 stars Romance mixed with paranormal swashbuckling adventure
Reviewed in the United States on March 12, 2015
Verified Purchase
Bayla herself is a sympathetic viewpoint as she tries to navigate the newly discovered paranormal world around her, and understand her growing feelings for her larger-than-life glorious protector (though she did feel very similar to Alexia Tarabotti of the Gail Carriger books). I did worry that the golem, once turned into avenging angel, was perhaps a shade too superman perfect/invulnerable for the reader to worry about his or Bayla’s safety. But then the romance became a wonderful distraction and the thrill of the Jack the Ripper legend got blended in as well (I adore anything that attempts to touch on the Ripper mystery!) And I always worry about stories that throw in religion, but rather than sound preachy or try to convert the reader (as so much Christian fiction tends to do), the bits of Jewish religion and culture thrown into this lends it an exotic air and a fascinating intrigue, adding to the flavor of the work (which I did find riveting, considering as a reader I really haven’t run across paranormal stories with Jewish religion mixed in) without overshadowing the paranormal (or trying to stamp it out), and even adds to it, running with it hand in hand. The world itself did seem very borrowed from Gail Carriger’s books with it’s secret club of paranormal blooded people, but all of the Jewish aspects did feel like it set it apart enough, and Gesher (who I did dearly love with all of his innocence and protectiveness) certainly didn’t fill the same shoes as Lord Maccon. But I would like to say that while I am comparing it to Gail Carriger’s books and loved the characters in Gail Carriger’s books, I did like the story in Hand of Miriam more than any of the Gail Carriger books because Gail’s books seemed to get weighted down in all of their random details and different directions, while Hand of Miriam managed to remain reasonably streamlined and didn’t get too hung up on tangents, red-herrings, and subplots.

The story is a wonderful romance mixed with paranormal swashbuckling adventure, with random steampunk elements blended in, very much akin to Gail Carriger’s Parasol Protectorate series (right down to the equipped parasol). I would also recommend this to fans of Cassandra Clare’s Infernal Devices series.
Read more
3 people found this helpful
Helpful
Sending feedback...
Thank you for your feedback.
Sorry, we failed to record your vote. Please try again
Report abuse

loneStranger
2.0 out of 5 stars Supernatural burn out
Reviewed in the United States on May 3, 2015
Verified Purchase
This novel made me realize how burnt out I am over supernatural creatures in steampunk fiction. I couldn't make myself care about any of the characters, which had the effect of making the whole thing seem longer than it needed to be. The plot rambles over many locales, sometimes I missed the transition and had to back up to see how they got there. It just seemed too long, and would have benefited from tighter editing. The action picked up for the last quarter. The mythos was good, and I did learn a few things about Jewish culture!
Read more
2 people found this helpful
Helpful
Sending feedback...
Thank you for your feedback.
Sorry, we failed to record your vote. Please try again
Report abuse

Sharon Schoenberg
5.0 out of 5 stars Fun adult paranormal romance
Reviewed in the United States on February 18, 2014
Verified Purchase
Eva has created another brilliant universe for paranormal readers. This one has an interesting take on the Golem of Prague Jewish legend. The Golem is a creature that was created by the Rabbi of Prague to protect the Jews against pograms (riots). Bayla, our heroine, needs protection from demons and other evil creatures after receiving a special gift during a tragic archaeological expedition. She needs to wake the Golem, a terrifying prospect, as Golems can be difficult to control. Just imagine Mary Shelley's Frankenstein, another version of the Golem legend. From there, the reader is taken on a journey of danger and romance in the setting of a fantastical universe populated with vampires, werewolves, horrifying demons, and other mythical creatures. I fully enjoyed reading this novel. Once again Eva has gifted us with steamy sex and romance. The hero is one of the best males in a romance novel I have read. She bravely set this novel in a new steampunk universe, rather than relying on her tried and true Wolf Maiden novel creation. I hope you give this book a try.
Read more
2 people found this helpful
Helpful
Sending feedback...
Thank you for your feedback.
Sorry, we failed to record your vote. Please try again
Report abuse
Load more international reviews

Karla E. Patterson
3.0 out of 5 stars Too many distractions in the story.
Reviewed in the United States on January 10, 2014
Verified Purchase
I loved reading the story, except when the author would take side trip after side trip that did not add to that part of the book. The overall story was good, but should have been more developed by eliminating so many of the side trips.
Read more
2 people found this helpful
Helpful
Sending feedback...
Thank you for your feedback.
Sorry, we failed to record your vote. Please try again
Report abuse