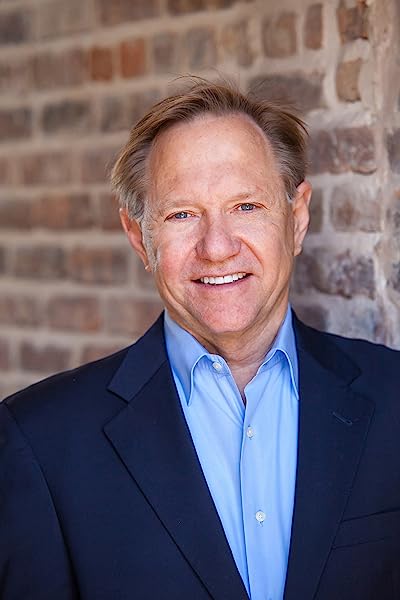 by Quint Studer (Author)
4.7 out of 5 stars 266 ratings
See all formats and editions
Sorry, there was a problem loading this page. Try again.
Read more Read less

Start reading Hardwiring Excellence on your Kindle in under a minute.

4.7 out of 5 stars
4.7 out of 5
266 global ratings
How are ratings calculated?
To calculate the overall star rating and percentage breakdown by star, we don’t use a simple average. Instead, our system considers things like how recent a review is and if the reviewer bought the item on Amazon. It also analyzes reviews to verify trustworthiness.
Top reviews

Charles T
4.0 out of 5 stars Excellent introduction to health-care systems improvement
Reviewed in Canada on January 6, 2013
Verified Purchase
This is the first book I read on my latest passion, which is "Patient Safety", all tied in very integrally with overall systems improvement.

There is a lot to know and learn, both knowledge and skill, and not at the bedside (critical though that is as well). This is about what organizations can do to keep patients safer and run more efficiently - thankfully, they go hand in hand.

And it is widely acknowledged that, despite some impressive gains, we have just started on the long journey to realizing a higher potential.

Studer, a former hospital CEO who now runs a "coaching" (more than "consulting") company, has written this book which I found a bit formulaic and repetitive. That does not diminish his own expertise, nor that he shares it in this exposition.

His people have said that his company has other works which may be equally worth reading, but Hardwiring Excellence was one of the first and remains their most popular.

Compare it with "If Disney Ran Your Hospital" (owned but not yet read) and "Good to Great" about systems in general, not healthcare specifically (consistently recommended for those starting in this field, but I haven't read it yet either).

If you're anywhere near health-care, then for the love of all we hold dear, please realize how very much we need this kind of message. Hardwiring Excellence is a great way to start.

Near the beginning, when Studer tells the story of struggling to get an under-performing hospital back on track, then i) he went away and got training (!), and after several failed attempts at various initiatives, went back to a floor-nurse he had talked with some months earlier and said something like, "I'm Quint Studer, COO (at that time). So: I work for you. What do you need to do your job better?" Much to his surprise, i) she wanted to do her job better and ii) was able to tell him some concrete things right away which he could implement and see in action.

Thus started is own transformation. (And that's important - we all want everyone else to transform, but we have to transform ourselves.)

But readers shouldn't fear the "Kumbaya" syndrome. One of the sections of Hardwiring Excellence includes instruction on how to deal with a persistently under-performing manager, and how important it is, if remediation ultimately fails, to fire them!

But there are many steps in between, about how to motivate, train and organize workers to higher levels of functioning, working "differently" more than "harder", and that's a message we desperately need to hear ... and incorporate.
Read more
Helpful
Report abuse

Lynn Healey
4.0 out of 5 stars Personal story intertwined with the concept
Reviewed in Canada on July 4, 2015
Verified Purchase
Love how it just talk about the concept but he gives you real life examples along with his personal story.
Read more
Helpful
Report abuse

Nicole Hammerschmidt
5.0 out of 5 stars Hardwiring Excellence
Reviewed in Canada on June 3, 2004
The book is a common sense approach to operational excellence which health care workers of all levels will appreciate. It crosses all disciplines, education levels and training.
Read more
Helpful
Report abuse
See all reviews

G
5.0 out of 5 stars great food for healthcare leaders
Reviewed in the United States on December 29, 2018
Verified Purchase
This is a great introduction to management especially in healthcare settings. It is relative to today's hospital and healthcare settings. There are situations discussed that routinely take place in healthcare but probably are to are prevalent in other settings, although the lesson can be applied to other careers and vocations as well. It's an easy read and is easy to include in group discussions so that you can get your team on the same page and path and work towards improving customer service, efficiency, teamwork and outcomes.
Read more
2 people found this helpful
Report abuse

Kristen Johnson
5.0 out of 5 stars Improving hospital patient experience - easy to understand, easy to implement
Reviewed in the United States on July 16, 2017
Verified Purchase
I already own this book and purchased again so I have one in each of my offices. This is a great reference for hospital patient experience processes - easy to understand, easy to implement, with statistically proven results. Quint Studier writes from experience both as a patient as well as a hospital administrator! Definitely worth the read!
Read more
2 people found this helpful
Report abuse

Michael D. Sadler
4.0 out of 5 stars required reading
Reviewed in the United States on July 25, 2015
Verified Purchase
I love this style of presenting this information. My only negative thought is that the book evolves around providers and patients. It tends to leave 80% of the work force in the shadows. Referred to but not reconized as important to success. Not sure this is what you wanted to do but that's the way I read it.
Read more
5 people found this helpful
Report abuse

Aaron F
5.0 out of 5 stars Clear and simple
Reviewed in the United States on May 22, 2017
Verified Purchase
Please allow this be my first hardwired Thank You! Thank you Mr Studer for writing an inspiring and positive book. Really, it is a manual for acheiving results, backed up by personal experience and successes. This program approaches customer service and quality through voluntary participation of employees. It is a self-sustaining quality improvement program fueled by politeness, positivity and genuine interpersonal contact regardless of rank.

Hardwiring Excellence is complete with actionable instructions that are clear to understand. Soon after finishing this book, I ordered Results That Last.
Read more
3 people found this helpful
Report abuse

Tony V
5.0 out of 5 stars The best of the best!
Reviewed in the United States on March 11, 2016
Verified Purchase
An excellent book and a "must read" for all healthcare leaders and managers. This is the 3rd time that I have used this book with mostly new and/or inexperienced managers and it never fails to jump-start some excellent discussions and stimulating ideas. Just common sense things that if we committed to doing everyday and requiring the same of all team members, the differences in any organization would be astounding. Nothing magical here, just how to give great care, do the most basic things - answer call lights, show respect, round for outcomes, and show appreciation. The dividends those deposits make are enormous. Try it - you have nothing to lose and so much to gain!
Read more
3 people found this helpful
Report abuse
See all reviews
Back to top
Get to Know Us
Make Money with Us
Amazon Payment Products
Let Us Help You
EnglishChoose a language for shopping. CanadaChoose a country/region for shopping.
© 2008-2021, Amazon.com, Inc. or its affiliates