The Hidden Messages in Water and over one million other books are available for Amazon Kindle. Learn more
Share <Embed>
Have one to sell?
Sell on Amazon
Flip to back Flip to front
Listen Playing... Paused   You're listening to a sample of the Audible audio edition.
Learn more
See this image 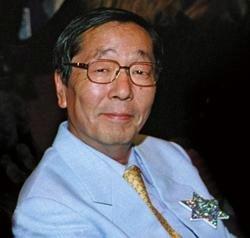 Start reading The Hidden Messages in Water on your Kindle in under a minute.

4.7 out of 5 stars
4.7 out of 5
1,335 global ratings
How are ratings calculated?
To calculate the overall star rating and percentage breakdown by star, we don’t use a simple average. Instead, our system considers things like how recent a review is and if the reviewer bought the item on Amazon. It also analyzes reviews to verify trustworthiness.
Top reviews

Red the Wonderer
5.0 out of 5 stars True messages from water
Reviewed in Canada on February 4, 2019
Verified Purchase
This remarkable book shows how water connects us all and connects all things on the planet. The power of positive thought has never been so clearly demonstrated and the beauty of the crystals formed is breathtaking. An absolute must for anyone interested in life and how everything we do and say is important.
Read more
Helpful
Report abuse

miameemaw
5.0 out of 5 stars Loved the Documentary, had to have the Book Too
Reviewed in Canada on July 21, 2019
Verified Purchase
I love the work of Dr. Emoto. I first discovered him in the documentary What the Bleep. Then got his documentary, Hidden Messages In Water...loved his film so much...I had to have his book for my collection, too! Fascinating science of how thought, intent, and feelings effect and change everything around us right down to a molecular level.
Read more
Helpful
Report abuse

Eric Pambianchi
5.0 out of 5 stars One of the most powerful books I've read in a long time
Reviewed in Canada on March 3, 2020
Verified Purchase
One of the best books I've read in a life time. Masaru Emoto has managed to write a beautiful, eloquent book that reads like poetry, while at the same time revealing so much about the power of positive energy and mindfulness. This book is an absolute must read.
Read more
Helpful
Report abuse

Luzita N Kennedy
5.0 out of 5 stars Inspired!
Reviewed in Canada on July 31, 2016
Verified Purchase
I follow an Ashtanga practitioner by the name of Deepika Mehta. She is, and has, a beautiful soul. She recommended this book on her Instagram account. Having followed her recommendations before on other books, I immediately bought this one. What an inspirational read! It has forever affected how I view my speech, thoughts, and behaviour. It has heightened my awareness of the implicit impact I have on my environment. The images of the ice crystals are amazingly beautiful, and speak to my soul. Thank you for this beautiful book, and for sharing your research. Love and gratitude forever more.
Read more
Helpful
Report abuse

Ace researcher
5.0 out of 5 stars Beautiful, eye opening book
Reviewed in Canada on April 21, 2020
Verified Purchase
I was amazed at the contents of this book and am eternally grateful to the author for his incredible foresight and patience in getting the images of the frozen water crystals that he did. You will love this book.
Read more
Helpful
Report abuse

Todd Hunter
5.0 out of 5 stars Great book!
Reviewed in Canada on January 6, 2020
Verified Purchase
This is a fantastic read. I have always been fascinated by water and he connected a lot of the dots for me, life changing book.
Read more
Helpful
Report abuse

Jennifer Hibberd
3.0 out of 5 stars Inspirational Read
Reviewed in Canada on June 10, 2014
Verified Purchase
This book is fascinating subject matter. It engages the reader to think about and view nature in a different manner. However, it lacks scientific method and statistics to support it's findings. It's impossible to credibly explain the beauty of this book to others.
Read more
One person found this helpful
Helpful
Report abuse
See all reviews

Asio flammeus
1.0 out of 5 stars In this stream runs the continuous water's mother. (A poets dream.)
Reviewed in the United Kingdom on December 1, 2018
Verified Purchase
How one rates any book will depend, to same extent, on what we expect of it.

Being a photographer of some 60 years experience, I commenced an appraisal of the book by studying the images of crystals that go to make a large proportion of the content. I have to admit to finding the captions puzzling. For example, page 17. Two images related to subjecting water samples to performances (recordings, presumably!) of Beethoven's 5th and 6th Symphonies.

First observation: both works take over 30 minutes to perform. Are we to understand the entire work was "used" in these so-called experiments? If so, then I should think it difficult to fathom to what the water might be responding; the orchestration, the tempo, the volume or just about anything?! (It is worth noting that interpretations for performances vary greatly: Toscanini tended to take a fast tempo, Furtwangler a much slower and varied tempo (rubato) and so on. Human response to interpretations vary, so quite what the poor water molecules made of it all I could not begin to imagine.

I therefore approached the text in a state of some trepidation. The Introduction and Prologue got off to a reasonable start for I am inclined to agree with the author in that the "world" is in a bit of mess, mostly as a result of human practices. Problems soon arose for me in subsequent chapters through the frequent allusion to God, "cosmos", “soul”, “universe” etc. (Bear in mind this is a translation from the author's own language.) I tend to be put off when such words are used without qualification.

Masaru Emoto may be clear in his own mind as to what he understands by the use of the word “cosmos” as he is about the meaning of God but he needs to be more focused in his delivery for the book to be taken seriously. Of course he is not alone by any means when making sweeping statements, almost without exception the words God and universe are banded about with no attempt at a definition for the words themselves.

Things did not improve as I progressed through the book, I'm afraid. One could quote numerous examples that would convince the intelligent reader that whatever else the book might be it certainly is NOT a scientific treatise.

Let us sample verbatim from page 71:

A physicist conducted an experiment in which he studied how the positions of the stars affected water. Using water containing various minerals, he tested how easily paper soaked up the water when the stars were in certain positions.

What he found was that when Saturn has a large influence on Earth, lead responded by being soaked up by the paper, while other elements such as copper, silver and steel showed little or no response.

We can deduce from this that there is a close connection between Saturn and lead. Metals resonate the emotions and moods of people, and so the next logical deduction is that Saturn is closely related to the emotions of anger.

Without wishing to appear scornful I have to say this is total hogwash.

“Stars” – their positions in relation to what? Their Right Ascension (R.A.) and declination (dec.)? Their altitude and azimuth at a given time and place?*

Next we have PLANET Saturn mentioned as if it were a “star”!!

*One may surmise that what is implied here may be the apparent placement of the PLANETS – in this instance Saturn – against the background of the constellations of the zodiac.

Incidentally, the third paragraph puts me in mind of a student (I lectured for London University in astronomy and the history of mathematics) who would insist that the Sun is a red cabbage!

Page 72 expands on these fantasies, thus: The number of planets in the solar system is 9, a number when multiplied by 12 gives us 108. Using the periodic table (of elements), we may someday be able to identify which planets correlate to which elements.

The number of KNOWN planets in the solar system is now given as 8 since Pluto has been relegated to the title of “dwarf planet”. All quite arbitrary, I would have to suggest.

The human brain may imagine what it pleases. Concepts are the fruitful products of our imaginations. In this way we all have ideas on what the words God, soul and cosmos etc. may come to signify to us as individuals.

Our perception of the external world—the physical world outside our bodies—is a synthesis from inherent knowledge and experience, teaching, indoctrination and so forth.

Unfortunately I have to report that little of what the author has to offer with this book holds water for me!

krystalallen
5.0 out of 5 stars brilliant book + must read + Law of Attraction & water science.
Reviewed in the United Kingdom on January 6, 2020
Verified Purchase
brilliant book- lots of good new ideas. makes you change the way you think about the world. Makes you consider self talk and its proven effect on the body. Worth buying the book for the crystal photos alone. It is Law of Attraction & Water combined. REALLY recommend his work. This man is a genius. He is ahead of his time. Wonderful book.
Read more
3 people found this helpful
Report abuse

L. Steadman
5.0 out of 5 stars Love this book
Reviewed in the United Kingdom on June 6, 2020
Verified Purchase
This book changed my life and it gave me an appreciation for water. Now I’m more mindful of my usage of water. I speak good to the water and I don’t like to waste water.
Read more
3 people found this helpful
Report abuse

ShellyAmazon Customer
5.0 out of 5 stars Great little book
Reviewed in the United Kingdom on June 15, 2019
Verified Purchase
As a homeopath and energy healer this little book really resonates with me. So lovely and easy to read
Read more
5 people found this helpful
Report abuse