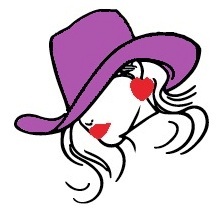 by Randi Alexander (Author)
4.8 out of 5 stars 7 ratings
Book 1 of 3 in the Heroes in the Saddle Series
See all formats and editions
Sorry, there was a problem loading this page. Try again.

4.8 out of 5 stars
4.8 out of 5
7 global ratings
How are ratings calculated?
To calculate the overall star rating and percentage breakdown by star, we don’t use a simple average. Instead, our system considers things like how recent a review is and if the reviewer bought the item on Amazon. It also analyzes reviews to verify trustworthiness.
Top reviews

Renay
5.0 out of 5 stars Perfect Reading Treat!
Reviewed in Australia on January 14, 2017
Verified Purchase
If you are looking for a quick read. Treat yourself with this fast paced love story. An extremely smooth talking, sweet and super sexy cowboy/firefighter(swoon), Treven is the perfect hero. He saves Delta, a straight talking strong willed racing car driver, from a horrific racing accident. Or was it? It is what happens next that will have you falling in love with both Treven and Delta. Bring on book 2, Badge and a Saddle!
As a member of Randi's Review Crew I received this book in return of an honest review.
Read more
Report abuse

Kindle Customer
5.0 out of 5 stars Hot in the Saddle
Reviewed in the United States on February 19, 2017
Verified Purchase
Treven and Delta met at a car race. She was driving and her car caught fire. Being a fireman, he immediately ran to get her out of the car. He did, but he suffered burns on his hands. After they were both treated and released from the hospital, she drove him home and stayed to take care of him and his horses.

After a few days, they ended up in bed together. Then she found out that both her race cars had been tampered with. Someone was trying to kill her.

Steven heard part of a phone conversation and instead of asking her for an explanation, he asked her to leave. She was heart broken. She had already fell in love with him.

As soon as she had left, Treven knew he had blown it. He had no phone number, no way to get a hold of her and someone was still out there to get her. He asked Rex to investigate and they got their answer.

A great story with good love scenes and a strange outcome, but a happy one. Definitely worth reading.
Read more
Report abuse

Eileen
5.0 out of 5 stars Enjoyable
Reviewed in the United States on June 1, 2016
Verified Purchase
Well written story with just the right amount of heat and plot twists. Characters you grow attached to from the first d t chapter.
Read more
Report abuse
See all reviews
Back to top
Get to Know Us
Make Money with Us
Amazon Payment Products
Let Us Help You
EnglishChoose a language for shopping. CanadaChoose a country/region for shopping.
© 2008-2021, Amazon.com, Inc. or its affiliates