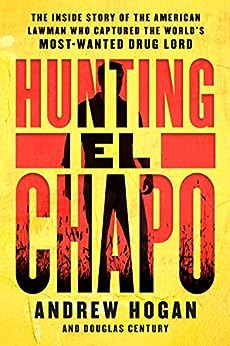 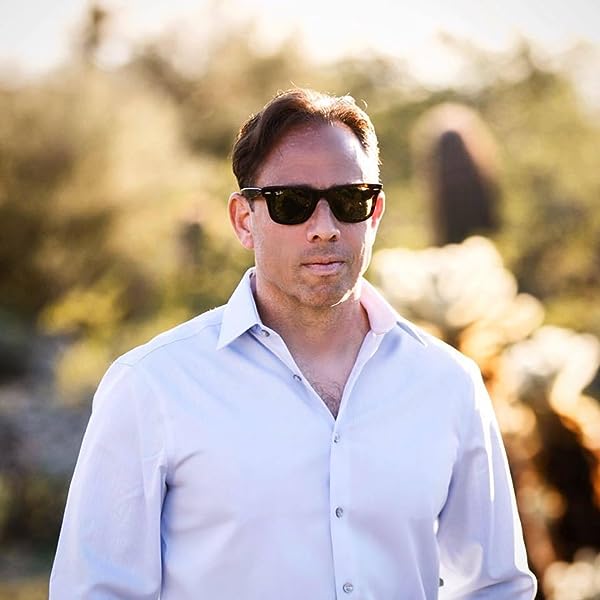 Hunting El Chapo: The Inside Story of the American Lawman Who Captured the World's Most-Wanted Drug Lord Kindle Edition

“Cinematic….[a] captivating first-person account…. the most authentic glimpse inside the world of El Chapo — because Hogan actually went there and did what few thought possible.” -- USA Today --This text refers to the paperback edition.

A former deputy-sheriff from Kansas, Special Agent Andrew Hogan graduated from the D.E.A. Academy and moved to Arizona in 2006 to work undercover inside the Sinaloa Cartel. In December 2012, he moved his family to Mexico City to head the D.E.A.’s Sinaloa Cartel desk, leading a manhunt that ultimately led to the capture of multibillionaire drug-lord and escape-artist El Chapo Guzmán.

Douglas Century is an author, journalist, and screenwriter. Co-author of Hunting El Chapo (Harper, 2018), he also co-authored several New York Times bestsellers, including Under and Alone (Random House, 2005) and Takedown: The Fall of the Last Mafia Empire (G. P. Putnam’s Sons, 2002), a finalist for the 2003 Edgar Award in the category of Best Nonfiction Crime Book. He also co-authored If Not Now, When? Duty and Sacrifice In America’s Time of Need (Berkely, 2008), which won the 2010 Colby Award. A veteran investigative journalist, Century is a contributing editor at Tablet magazine and writes regularly for Billboard and The New York Times. He lives in New York City.

When Andrew Hogan landed a job with the DEA, little did he know he would eventually be put on the trail of Joaquín Archivaldo Guzmán Loera a.k.a. El Chapo the leader of Mexico’s Sinaloa Cartel and Public Enemy #1 in the United States. Working tirelessly on both sides of the border, Hogan and his team of agents infiltrate Chapo’s sophisticated communication structure, exposing the drug lord’s cleverly disguised network of inter-connec-ted safe houses, one by one. . . . But whom can they trust with their intel?

Hunting El Chapo follows Special Agent Hogan as he leads a white-knuckle manhunt with an elite brigade of trusted Mexican marines piling into military helicopters, armored pickups, and SUVs; racing door-to-door through the cartel’s stronghold of Sinaloa. This cinematic crime story takes the reader behind the scenes on one of the most sophisticated and dangerous counter-narcotics operations in the history of the United States and Mexico.

4.6 out of 5 stars
4.6 out of 5
278 global ratings
How are ratings calculated?
To calculate the overall star rating and percentage breakdown by star, we don’t use a simple average. Instead, our system considers things like how recent a review is and if the reviewer bought the item on Amazon. It also analyzes reviews to verify trustworthiness.
Top reviews

Joanne Clermont
5.0 out of 5 stars Facts
Reviewed in Canada on September 18, 2018
Verified Purchase
Extremely good book. I listened to the author’s interview and I bought his book. He is extremely intelligent and experienced in his field of work. He is a brave man
Read more
One person found this helpful
Helpful
Report abuse

barb schultz
5.0 out of 5 stars Good
Reviewed in Canada on May 8, 2019
Verified Purchase
Excellent very informative if you’re interested in the cartel setup in Mexico.
Read more
One person found this helpful
Helpful
Report abuse

Jim Ross
5.0 out of 5 stars Need to read
Reviewed in Canada on May 26, 2020
Verified Purchase
Outstanding effort with so many obstacles and the attention to detail that is required to put Scum Bags away. Mexican police should be locked up with the drug dealers as well.
Read more
Helpful
Report abuse

Rsha
4.0 out of 5 stars Good reading
Reviewed in Canada on January 24, 2019
Verified Purchase
Very good reading. Fast paced and exiting.
Couldn't put it down. Best el chapo book yet.
Must read for those who follow the drug wars.

Randal
5.0 out of 5 stars great book
Reviewed in Canada on June 30, 2018
Verified Purchase
This book is well written and an excellent read.
Read more
One person found this helpful
Helpful
Report abuse

Dan
2.0 out of 5 stars ?????
Reviewed in Canada on January 15, 2019
Verified Purchase
Interesting, but too long for he wants to actually tell!
Read more
Helpful
Report abuse

Sumnigg
5.0 out of 5 stars Haven’t read but as described
Reviewed in Canada on January 12, 2020
Verified Purchase
As described
Read more
Helpful
Report abuse
See all reviews

samandalinoz
4.0 out of 5 stars A bit of an eye opener.
Reviewed in the United Kingdom on June 21, 2018
Verified Purchase
Really interesting book. I felt that in some areas it was a bit of an ego trip by the author but it really does show what lengths the upper echelons will go to to avoid detection and capture. By that I don’t just mean financially. These people are brutal in the extreme and there are no boundaries.

The author also gives mention to the high level of corruption that permeates the Mexican justice system and the every day struggle that the brave few go through under immense risk to personal and family safety. Nobody can be trusted.

The methods used to track down and capture the target are by nature complex and painstaking and therefore this does lead to repetition and some dull areas in the book. Nonetheless it is worth hanging in there as this is a bit of an eye opener.
Read more
One person found this helpful
Report abuse

JaneAhloma
5.0 out of 5 stars Hunting a drug kingpin
Reviewed in the United Kingdom on April 5, 2019
Verified Purchase
Wow, what a great true story. If you’re a fan of Narcos, The Don Winslow Trilogy read this book! True story of how El Chapo was tracked and captured by a DEA operative. I stayed up late reading this page-turning thriller ride. Liked the realistic tone of the writer, no hype or ego from him, which considering who he caught was surprising. Great book, just read it!
Read more
Report abuse

Andrew
5.0 out of 5 stars What a fantastic modern history
Reviewed in the United Kingdom on January 27, 2020
Verified Purchase
I got the audiobook for my commute. I was actually looking forward to the train ride because I could listen to the exploits of AH and his trusted allies in the painstaking search for Chapo. If you loved Narcos on Netflix then this will be a hit for you.
Read more
Report abuse

Dale
1.0 out of 5 stars Not as good or in grossing as a British equivalent crime book
Reviewed in the United Kingdom on April 27, 2020
Verified Purchase
Just couldn’t get into it too sterile
Read more
One person found this helpful
Report abuse
See all reviews
Back to top
Get to Know Us
Make Money with Us
Amazon Payment Products
Let Us Help You
EnglishChoose a language for shopping. CanadaChoose a country/region for shopping.
© 2008-2021, Amazon.com, Inc. or its affiliates