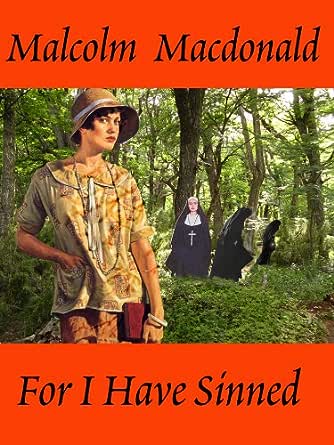 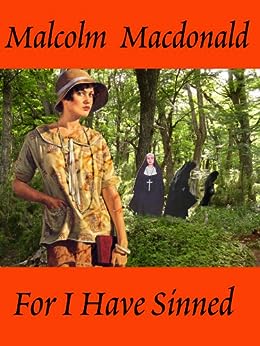 For I Have Sinned Kindle Edition

The 23rd novel from this prolific author (To the End of Her Days, etc.), a tale of the heart set primarily in Ireland during WWI, alternates emotionally moving passages with tedious ones. Finbar and Deborah McKenna are on board the ship carrying them from the Emerald Isle to their new home in South Africa when they discover that their seven-year-old daughter, Salome, has been left behind. Unknown to them, the girl has been found by Marion Culham-Browne, the wife of a British nobleman, who has just lost a daughter with a striking resemblance to Salome. Marion raises Salome in the family castle until her rich, cantankerous husband has the girl exiled to a nearby convent. There, Salome meets a kindhearted nun who helps her find her identity. Meanwhile, at the South African ostrich farm where Finbar has become a manager, a series of mysterious clues slowly reveals Salome's fate, prompting Deborah to return to Ireland to locate her daughter. Macdonald's plot twists are deftly placed, and his female characters are especially well drawn, but much of this is slow going, with many of the scenes and subplots lacking compelling historical detail. For all its heartfelt moments, this doesn't measure up to Macdonald's usual fast-paced historical fiction.
Copyright 1995 Reed Business Information, Inc. --This text refers to an out of print or unavailable edition of this title.

Salome, an impish seven-year-old, changes the course of her life with a game of hide-and-seek, begun just as the boat upon which her family plans to emigrate leaves Ireland for Africa. She is left behind at the dock, taken in by Marion Culham-Browne, a woman trapped in an unhappy marriage with a cruel spouse and whose own daughter died the year before. Eventually, the husband manages to secrete Salome away in a convent, and so she is parted from her second mother. Macdonald alternately tells Salome's story and the fate of her birth parents, who continue their search, via correspondence with Irish authorities and God, from their new African home. The many coincidences that result in near misses heighten the tension until the actual reunion is almost anticlimactic. But Salome's fate is not. Macdonald does a splendid job of creating a fascinating character in tune with the times (the turn of the century) and one whose effect on her family, especially her mother(s), is relentless. Denise Perry Donavin --This text refers to an out of print or unavailable edition of this title.
click to open popover