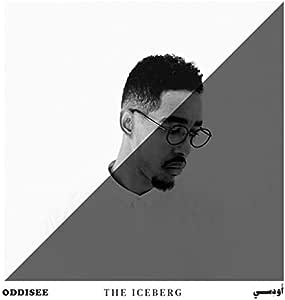 The prolific MC, producer and musician Oddisee's new album, ''The Iceberg,'' is a plea for humanity to dig deeper in search of understanding and common ground. ''The Iceberg'' is a distillation of stereotypical tropes in hip-hop and beyond, 12 tracks about money, sex, politics, race and religion that appear superficial until l his multi-dimensional lyrics unfurl to expose the complexities of individuality and identity: How we see ourselves and how others see us. Deeply soulful, and shot through with jazz, go-go, gospel, thick r&b and hard beats, the album is a timely, poetic statement. ''The Iceberg'' is out March 24 on Mello Music Group. ''The Iceberg'' was recorded and produced by Oddisee at his own studio in Brooklyn, made with live instrumentation performed by Oddisee and members of his band, Good Company. Oddisee has released two studio albums, several EPs, mixtapes and instrumental albums, and has over 30 million plays on Spotify. He's been profiled by NPR, the Washington Post, praised by Pitchfork and Stereogum, performed on NPR's Tiny Desk, Red Bull Sound Select and at festivals including Glastonbury and Sasquatch. ''The Iceberg'' follows two releases in 2016, the ''Alwasta EP'' and the instrumentals album ''The Odd Tape.'' His 2015 full-length ''The Good Fight'' was a Top 5 album on the ITunes hip-hoprap chart and he was #5 on Billboard's Next Big Sound Chart.

4.7 out of 5 stars
4.7 out of 5
27 global ratings
How are ratings calculated?
To calculate the overall star rating and percentage breakdown by star, we don’t use a simple average. Instead, our system considers things like how recent a review is and if the reviewer bought the item on Amazon. It also analyzes reviews to verify trustworthiness.
Top reviews

sim
5.0 out of 5 stars Played on repeat. Quality listen.
Reviewed in the United Kingdom on November 15, 2020
Verified Purchase
Beautiful writer/ producer. No heap of swear words or N words. Suitable vibes to play to my baby boy. Oddisee, one of our favourite rappers. So talented. Stunning listen. We had it on repeat. Long time since I've done that with an album.
Read more
Report abuse

HEN
5.0 out of 5 stars Absolutely amazing album
Reviewed in the United Kingdom on July 7, 2019
Verified Purchase
Absolutely amazing rap/hip hop album by Oddisee. Highs and lows plus some of the most insightful lyrics I've heard. If you're a fan of the likes of Thundercat get Oddisee too.
Read more
Report abuse

Yerokins
5.0 out of 5 stars Great release once again
Reviewed in the United States on April 28, 2017
Verified Purchase
Great album as always produced and delivered by Oddisee. I always look forward with excitement to his new projects, however does anyone else who purchased the audio cd format notice the typo on track 5's title? "You Gew Up" It's minor but at the same time annoying as hell.
Read more
2 people found this helpful
Report abuse
See all reviews
Fast, FREE delivery, video streaming, music, and much more
Prime members enjoy Free Two-Day Shipping, Free Same-Day or One-Day Delivery to select areas, Prime Video, Prime Music, Prime Reading, and more.
> Get started
Back to top
Get to Know Us
Make Money with Us
Amazon Payment Products
Let Us Help You
EnglishChoose a language for shopping. CanadaChoose a country/region for shopping.
© 2008-2020, Amazon.com, Inc. or its affiliates