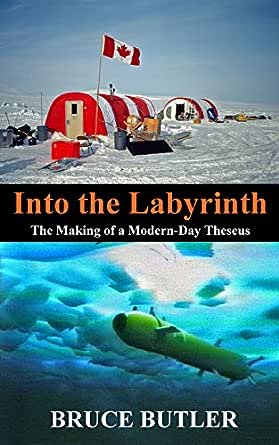 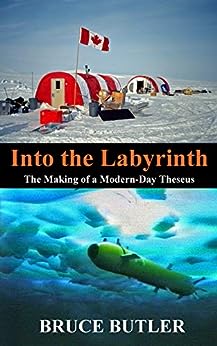 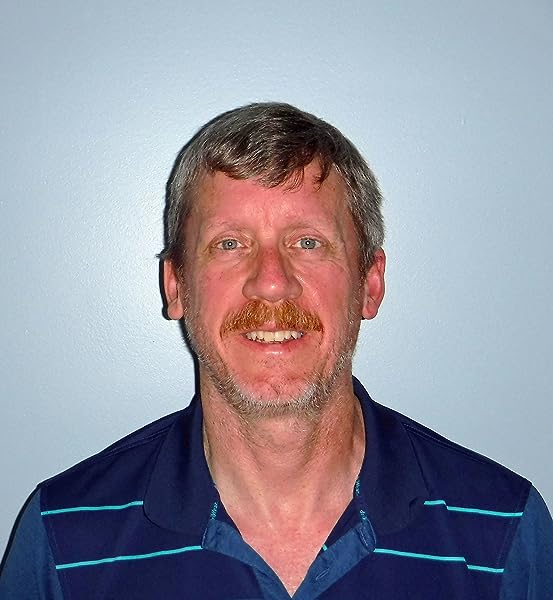 Into the Labyrinth: The Making of a Modern-Day Theseus Kindle Edition

Anthony Dalton, FRGS, FRCGS, author of BAYCHIMO, Arctic Ghost Ship
"Science, technology, adventure and the Arctic: a potent cocktail poured around one man's explorations as part of a team in the far north. Bruce Butler writes with the clarity of an educated mind and the passion of an explorer -- and he writes for a general audience. The Arctic has many moods and expressions. Bruce experiences them with an appealing mix of humility, excitement and grit. This is a book for anyone interested in the past, present and future of Canada's Arctic."

Neil Bose, Vice President (Research), Memorial University of Newfoundland, Canada
"Into the Labyrinth is a very readable account of the Theseus project because it brings in a personal element from the point of view of the author, the personalities of his International Submarine Engineering colleagues and those in other organisations leading and collaborating with the project."

D. Richard Blidberg, Director, Autonomous Undersea Systems Institute
"The world of Autonomous Underwater Vehicles (AUVs) has evolved over the past 40 years; from the first prototype systems being developed in the academic community to a full fledged commercial market which continues to grow very quickly. This book takes a step back to the early stages of commercial involvement with AUV systems. It gives perspective of one development program that helped forge a new market place for autonomous unmanned systems. The author was involved in one of the earlier programs to apply AUV technology to address an ambitious mission to be undertaken in a very challenging environment; under the Arctic ice cap. This book could have resulted in a rather dry description of the trials and tribulations of early development efforts. Instead the author was able to give the book an entertaining personality while describing the technical process of bringing new technology to bear on an important mission of the future; to autonomously deploy a cable under the Arctic ice cap for hundreds of kilometers. Bruce Butler has produced a book that reminds us all of the innovation, excitement, and frustrations associated with the systems development process. It was not only fun to read but also quite informative. It reminded me of the how the Arctic environment can add challenge to any system design. I would encourage anyone who has been or would like to be involved with this fascinating technology to read about story of the development of the Theseus AUV."

Phil Nuytten, Founder and President of Nuytco Research Ltd.
"This is the true story of one of International Submarine Engineering's major projects. Butler was fortunate to be a part of a great development team that imagined an incredible ultra-hi-tech deepsea device and then brought it to reality. In this book, he generously shares his good fortune with us and allows us to travel with him on his exciting journey. I have been in the subsea industry for all of my adult life and I can tell you that it's a great read and the author is the real deal."

--This text refers to the paperback edition.
click to open popover

5.0 out of 5 stars
5 out of 5
5 global customer ratings
How does Amazon calculate star ratings?
Amazon calculates a product’s star ratings using a machine learned model instead of a raw data average. The machine learned model takes into account factors including: the age of a review, helpfulness votes by customers and whether the reviews are from verified purchases.
Top Reviews

John
5.0 out of 5 stars Engineering adventure of a lifetime
Reviewed in Canada on January 15, 2019
Verified Purchase
This was an interesting and, at times, very exciting story to read. I couldn’t seem to put it down. The author does a great job of transforming usually dry engineering notes into an engaging adventure that will make you feel like you were there.
Read more
Helpful
Comment Report abuse

Phil Hartley
5.0 out of 5 stars Very Interesting Book
Reviewed in Canada on February 3, 2019
Just finished this book and thoroughly enjoyed every page. The subject is a very technical engineering project with immense challenges that have no guarantee of a positive outcome. This makes for what could otherwise be a very dry and boring read for the non-technical. However it is written with humor and emotion that draws in any reader. The personal interactions and fun that the engineering participants have throughout the project help to make the read very enjoyable. A very interesting engineering feat, the book makes you want to go out and take on a challenge as the participants did. Inspiring. Well written.
Read more
Helpful
Comment Report abuse

Doug
5.0 out of 5 stars Canadian AUV leadership
Reviewed in Canada on April 15, 2019
The author has done an amazing job of making complex engineering concepts easy to follow and still showed the complexity of undertaking this incredible project. I also liked the way the author's personality and sense of humour comes out through the text and the manner in which the book was put together. The technology, the setbacks up to a climax and anticlimax make for an easy, enjoyable read and a page turner. Canadians involved in spying on Russians-who'd of thunk it?
Read more
Helpful
Comment Report abuse

Ice Man
5.0 out of 5 stars The story of the AUV that made history
Reviewed in Canada on March 24, 2019
Bruce has turned what could have been a dry engineering tale into a sometimes humourous, sometimes gripping read. I was there when Theseus made history and, yet, I was still sitting on the edge of my seat as Bruce described the mission.
Read more
Helpful
Comment Report abuse
See all reviews

Wilfred Monteith
5.0 out of 5 stars A Real Life Engineering Adventure
Reviewed in the United Kingdom on December 7, 2018
Verified Purchase
This is both an adventure story and a tale of challenge and excitement for engineers and scientists. It covers the typical project development stages of requirement, concept, design, build, test, fix problems and delivery, plus comradeship.
This book is recommended as a essential read for all engineering, science and software students.
Read more
Helpful
Sending feedback...
Thank you for your feedback.
Sorry, we failed to record your vote. Please try again
Report abuse
See all reviews
Fast, FREE delivery, video streaming, music, and much more
Prime members enjoy Free Two-Day Shipping, Free Same-Day or One-Day Delivery to select areas, Prime Video, Prime Music, Prime Reading, and more.
> Get started
Back to top
Get to Know Us
Make Money with Us
Amazon Payment Products
Let Us Help You
EnglishChoose a language for shopping. CanadaChoose a country/region for shopping.
© 2008-2020, Amazon.com, Inc. or its affiliates