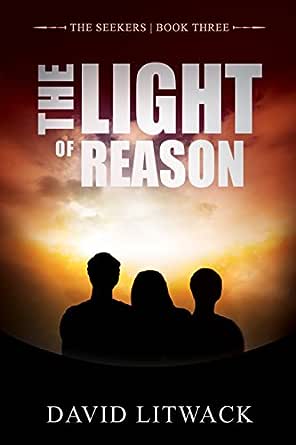 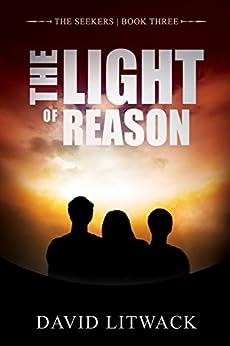 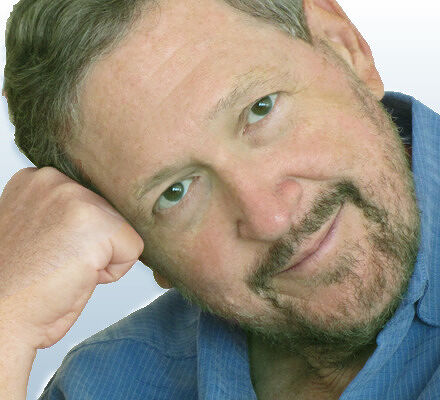 The Light of Reason (The Seekers Book 3) Kindle Edition

AUTHOR: The urge to write first struck at age sixteen when working on a newsletter at a youth encampment in the woods of northern Maine. It may have been the wild night when lightning flashed at sunset followed by the northern lights rippling after dark. Or maybe it was the newsletter's editor, a girl with eyes the color of the ocean. But he was inspired to write about the blurry line between reality and the fantastic. Using two fingers and lots of white-out, he religiously typed five pages a day throughout college and well into his twenties. Then life intervened. He paused to raise two sons and pursue a career, in the process -- and without prior plan -- becoming a well-known entrepreneur in the software industry, founding several successful companies. When he found time again to daydream, the urge to write returned. David and his wife split their time between Cape Cod, Florida and anywhere else that catches their fancy. He no longer limits himself to five pages a day and is thankful every keystroke for the invention of the word processor.

EDITOR: Lane Diamond has over 120 published books to his editing credit, including many multiple award-winners, across many genres and styles. --This text refers to the paperback edition.

4.7 out of 5 stars
4.7 out of 5
9 global ratings
How are ratings calculated?
To calculate the overall star rating and percentage breakdown by star, we don’t use a simple average. Instead, our system considers things like how recent a review is and if the reviewer bought the item on Amazon. It also analyzes reviews to verify trustworthiness.
Top reviews

di115
5.0 out of 5 stars Light vs darkness
Reviewed in Canada on November 27, 2016
I was given an advanced copy of this book to read and give my honest review. All I can say is WOW! This is one of the most fast paced gripping novels I have ever read. David Litwack will keep you on your toes and what a great ending. The characters come alive and bring you into their world. I would highly recommend this book.
Read more
Helpful
Report abuse
See all reviews

Jas P
5.0 out of 5 stars Brilliant Conclusion to this Exceptional Series – Can Orah and Nathaniel prevent War?
Reviewed in the United States on January 24, 2017
Verified Purchase
Part 3 of the Seekers Trilogy sees our ‘Seekers of Light’ travelling back across the waters to their homeland, and picks up immediately from the events in ‘The Stuff of Stars’.
Orah and Nathaniel are joined by many others on their return voyage to their homeland, Kara and Caleb represent the Technos and the Greenies from the other land, and represent those that have come with the Seekers to see their home, the land of the Vicars, and the Keep. They have come with them to see if they can help with the fight against the darkness, but also to help with the progress of the other land, and to get ideas of how to help themselves. With a good exchange of knowledge, there is the chance to set up trade.
However (without giving away too many spoilers), what they return to is not what they left. The Vicars and Deacons have risen in their absence, striking against the keep and technology. This story becomes a battle of values, and although originally it was a battle fought through fear on one side and virtue on the other, now it has become a much different beast. Now both sides have access to technology, to weapons, now it is not just about values.
Litwack again uses his characters in this book in a compelling, and masterful way to tell his story, letting them not only be the heroes and villains, as he has in the other volumes, but also tell the emotional tale. Litwack weaves a stunning tale of the emotional impact the journey has on Orah and Nathaniel, how it has changed them from the innocent young girl she was in the first book, to the strong leader she is now, and from the young boy he was in to the warrior Nathaniel has become, willing to not only fight for his beliefs, but to kill to defend those he loves. Litwack explores both his main characters and the terrible toll being a Seeker has taken. It is a beautifully written story, with such elegant prose and language.
Litwack has also taken the time to generate a beautiful landscape for his story to take place in, with wonderful detail that allows you to fully immerse yourself into his world as you read.
This is a wonderful conclusion to a truly remarkable series. It is easily comparable to the works of Wyndham’s ‘The Chrysalids’, or John Christopher’s ‘The Tripods’ series, or several other series of a similar vain. The difference with this series is that David Litwack writes with such beautiful language, making these books so easy, and such a pleasure to read. This is one of those special series that only come along every now and then, and should not be missed.
Read more
2 people found this helpful
Report abuse

Hammer75
5.0 out of 5 stars An exceptional and fulfilling conclusion to the Seekers Trilogy.
Reviewed in the United States on February 19, 2017
Verified Purchase
In this third book in the Seeker Series we sail home with Orah and Nathaniel, returning with a combination of amazing new technologies and people from across the sea who want to learn crafts from those in the young adventurers’ society. With tools from the highly-advanced society that they visited (in Book 2), their hope is to provide for a better future for their homeland. What they return to is a rather disastrous situation with a religious despot in power and people they care about imprisoned or in hiding. Book 3 takes the reader through their complicated path towards restoring justice and freedom in their home society - to the light of reason. They are helped in this adventure by both the people and the technology that they brought with them from across the sea. The characters are vivid, the obstacles are interesting, and the adventurers’ approach to conflict and extraordinary situations is creative. Mr. Litwack paints a wonderful picture of the challenges that the seekers face that really draw you in, making this a difficult book to put down. I am so very thankful that the author chose to turn the 1st book into a trilogy. With each book the writing is increasingly vivid and the storyline and main characters have such depth that you feel a part of the story yourself. The Light of Reason provides an exceptional and fulfilling conclusion to the Seekers Trilogy.
Read more
One person found this helpful
Report abuse

Julie Corsi
5.0 out of 5 stars Worth reading
Reviewed in the United States on October 11, 2017
Verified Purchase
A great ending to the series. Many times in these multiple volume series books, the last book feels like the author has lost interest and is in a hurry to finish the whole thing. That's not the case here. The characters stay true to their nature. There's hope for the future.
Read more
One person found this helpful
Report abuse

yogadiva
5.0 out of 5 stars Five Stars
Reviewed in the United States on April 8, 2018
Verified Purchase
I like the idea of the future being determined by what thoughts.m

Jodi
4.0 out of 5 stars The Light of Reason
Reviewed in the United States on January 19, 2017
Verified Purchase
Great ending to a good dystopian series.
Read more
Report abuse
See all reviews
Back to top
Get to Know Us
Make Money with Us
Amazon Payment Products
Let Us Help You
EnglishChoose a language for shopping. CanadaChoose a country/region for shopping.
© 2008-2021, Amazon.com, Inc. or its affiliates