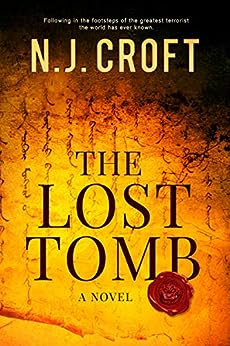 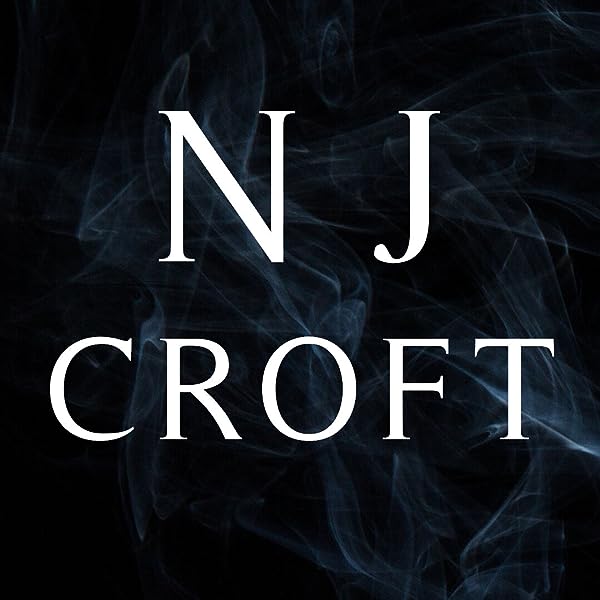 4.5 out of 5 stars
4.5 out of 5
94 global ratings
How are ratings calculated?
To calculate the overall star rating and percentage breakdown by star, we don’t use a simple average. Instead, our system considers things like how recent a review is and if the reviewer bought the item on Amazon. It also analyzes reviews to verify trustworthiness.
Top reviews

Matt Pechey
4.0 out of 5 stars An Interesting Piece of Fiction!
Reviewed in Canada on May 24, 2020
Verified Purchase
I leapt into the world of N.J. Croft on the recommendation of a friend, which appears to have paid off well. After devouring the opening novella, I turned to this book, which I was sure would offer more insight into the mysteries of Genghis Khan. Rather, it packs a thrilling punch and takes things in some other, but entertaining, directions. Noah Blakeley works in a highly trained group for the American Government, searching out and neutralising terrorist groups. Working inside Project Arachnid, he is alerted to the news that his ex-wife, Dr. Eve Blakeley, was killed in a plane crash in Russia. Not only that, but Blakeley must now relocate to the United Kingdom to take care of his three estranged children. As Blakeley gets his feet under him, he begins poking around into what Eve had been doing, learning a little about her Genghis Khan work and what she was trying to find. The more he uncovers, the stronger the sense is to Noah that Eve was killed by a group seeking to protect all things related to Khan’s resting place, as a strong legend surrounds what could happen when the secret location is revealed. Noah makes plans to travel to Russia and potential Mongolia to uncover what was known and get to the root of it all. Working alongside an apparent colleague of Eve’s, Noah realises that he may have taken on more than he should. A call from back in the UK reveals that someone’s kidnapped his daughter and wants the whereabouts of the secret tomb discovered. Fuelled by determination, Noah does all he can, knowing that one false move could see him dead and his daughter’s body sliced by a sick group calling themselves the Descendants of Genghis Khan. All this, while a major terrorism conference is set to open in Russia, where many world leaders will attend and could be killed. An exciting follow-up to the novella, Croft keeps the reader guessing as they travel down many a rabbit hole in order to discover the truth from centuries ago. Recommended to those who need a little adventure in their lives, as well as for readers who enjoyed the opening novella.

I am happy to have taken up the N.J. Croft challenge and will surely explore some of the other novels that have been published but are not part of this small collection. While I was expecting more Dr. Eve Blakeley, Croft chose to explore things from the other side of the coin, offering up Noah instead. A gritty man with a military background, Blakeley has the domestic life parachuted into his lap, as he makes the best of a horrible situation. However, given the right mix of situations, he shows his true colours and can battle with the best of them. His hard exterior is offset by a love for his pre-teen daughter, whose life is all but certain. Croft utilizes his protagonist well and presents a handful of other secondary characters whose presence keeps the story moving effectively. There is truly a mix of action with emotional connection in a story that seeks to build off the previous novella, while also standing on its own. The story works well and has a few twists that take the plot in unforeseen directions, while a mix of chapter lengths allow each to build on one another. Croft writes in such a fashion that the reader is left wanting to know more. I will gladly try another of the standalone novels, as this reader worked well and kept me intrigued until the final reveal.

Kudos, N.J. Croft, for a great (though brief) duology, which got me at least a little curious about Genghis Khan. I hope others discover all your work and your fan base increases.
Read more
Helpful
Report abuse

Brenda Wasnock
5.0 out of 5 stars Exceptional Book!
Reviewed in Canada on May 28, 2020
Verified Purchase
Very much enjoyed this book! The timely theme, well drawn characters and twists & turns to the plot kept me turning page after page!

I especially liked the descriptions of the inner struggles by all the main characters - the humanness as they fought for what they thought was right while understanding the struggles and fears of the others.
The Senator was brutal and chilling yet somehow human too in her fears.

I wish there was a next one to follow this one available right now!

Thank you for a great read! I look forward to the next one!
Read more
Helpful
Report abuse
See all reviews

ARbee
4.0 out of 5 stars Well crafted tale, bogged down in complexity.
Reviewed in the United States on April 6, 2020
Verified Purchase
Like the prequel, The Lost Spear, this archeological Thriller reads at an astounding pace overall. However, unlike the shorter prequel novella, it does get tangled in itself over the last twelve chapters.
Nonetheless, a very good work of adventurous fiction in a setting rarely detailed.
Read more
3 people found this helpful
Report abuse

Charley
4.0 out of 5 stars Great story - well written, but tainted with indiscriminate use of foul language.
Reviewed in the United States on July 22, 2020
Verified Purchase
In spite of indiscriminate foul language found in the prequel "The Lost Spear," I looked forward to reading "The Lost Tomb." I was glad that I did, and found the book very engaging and exciting as well as being quite well written and edited. HOWEVER, I take STRONG EXCEPTION to the author's indiscriminate and gratuitous use of the f-bomb which added absolutely nothing to the story, and greatly detracted from my enjoyment. As mentioned in other reviews of Mr. Croft, this useless appearance of vulgarity seems to be nothing but a bone toss to a degenerating culture. I will be looking forward to reading future books by this author IF he refines and limits his use of profanity to meaningful and effective points in the story.
Read more
One person found this helpful
Report abuse

Petra C Kline
5.0 out of 5 stars Page turner
Reviewed in the United States on March 23, 2020
Verified Purchase
I got this book early and read it in one day. Interesting mix of history, occult and religious story telling. I found this author by browsing, looking for something to read. I read The Lost Spear first. I was hooked. Reminds me of the early works of James Rollins, Greig Beck and Matthew Riley. If you like fast moving action thrillers, is a book for you. Just be prepared to pull an all nighter. Hard to put down.
Read more
2 people found this helpful
Report abuse

Doc777
3.0 out of 5 stars Good overall story, awkward use of some language
Reviewed in the United States on June 20, 2020
Verified Purchase
Liked the story, although the ending became a bit predictable. Did not like that the author felt obligated to sprinkle the f-bomb about every third page. Seemed almost like he went back and added it after finishing the book to appeal to a certain group.
Read more
2 people found this helpful
Report abuse

Bill Tyson
4.0 out of 5 stars A Good Read
Reviewed in the United States on June 26, 2020
Verified Purchase
I enjoyed the story. The story was good and the characters were different. I did not like the unnecessary foul language.
Read more
2 people found this helpful
Report abuse
See all reviews
Back to top
Get to Know Us
Make Money with Us
Amazon Payment Products
Let Us Help You
EnglishChoose a language for shopping. CanadaChoose a country/region for shopping.
© 2008-2021, Amazon.com, Inc. or its affiliates