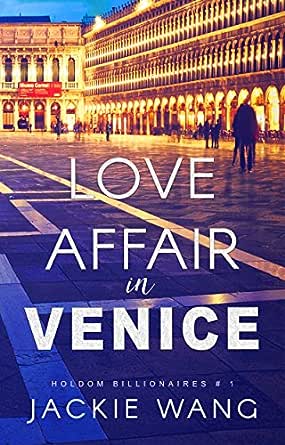 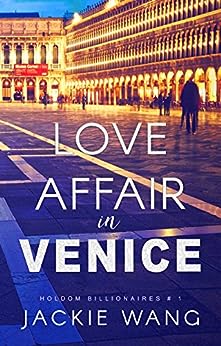 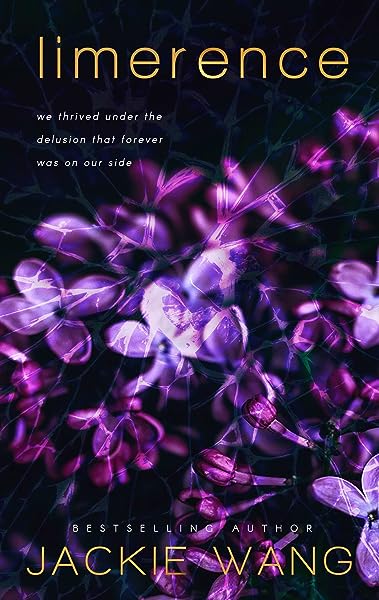 JACKIE WANG lives in Vancouver, Canada with her real-life alpha hero and their rambunctious daughter. When she’s not writing or working, Jackie is binge-reading, watching cooking shows, playing with her daughter or filling in her adult coloring books. --This text refers to the paperback edition.
click to open popover

Wordie
5.0 out of 5 stars Fantastic read 5 star and more
Reviewed in the United Kingdom on December 29, 2016
Verified Purchase
This book is way worth 5 stars and more the female in this story has more ten enough ups and downs but all is good in the end a great couple of hrs reading with hot and steamy bits to boot can't wait to read part 2 if there is one I so hope there is great work Jackie loving your books just keep em coming 💞
Read more
Helpful
Sending feedback...
Thank you for your feedback.
Sorry, we failed to record your vote. Please try again
Report abuse

It is written in a style that is very easy to engage with, it avoids the traps of making the language too flowery and also stops short of being too abrupt as well. Romance is an extraordinarily fast expanding market, so there are plenty of new titles to read, especially with the advent of self-publishing, but this book is certainly one romance novel that is worthy of positive attention. At least for those who enjoy reading romance – for those that prefer murder, it probably won’t be something that will meet your literary needs.

It also manages to walk the ever blurry line between romance and erotica better than any other book that I have read in the last year. Often the romance of a relationship and love affair is lost in a haze of sex and lust, which authors often throw in to compensate for the lack of subtle romance that this book has in bucket loads.

Yes, it does have sexy and scandalous elements to it, they are almost impossibly to avoid when it comes with a billionaire finding love in the shards of a shatter engagement and with Italy and Hollywood as the backdrop for the book, the torrid nature of the love affair that grows should be no surprise.

I did find Vanessa annoying after a while, but that doesn’t take away from the story, in fact it adds to it, in order to be irritated by a character, there has to be a personality that rubs you the wrong way – so many books are filled with character vacuums that mean that you don’t feel one way or the other about them.

An enjoyable read that is certainly going to be enjoyed by romance fans.
Read more
Helpful
Sending feedback...
Thank you for your feedback.
Sorry, we failed to record your vote. Please try again
Report abuse

Jennifer
5.0 out of 5 stars Romance, high drama, intrigue
Reviewed in the United States on December 8, 2015
Verified Purchase
More twists and turns than a roller coaster, is the life of Vanessa Holdom, high-profile, hard-as-nails business mogul who is blindsided with the news of her fiance’s infidelity. In an attempt to take a breather from the media flurry, she goes off on a sojourn in Italy. Men there practically have a Phd in pitching woo, and a charming gondolier named Marco shows her an idyllic world outside the ruthless corporate milieu.

I seriously did not know what was going to happen next; this was more drama than the daytime soaps as scandal, blackmail, violence and hubris unfolds all the while Vanessa is knuckling under; after all being in charge of a multi-million dollar empire is insanely taxing on top of keeping her love life off of the media radar. It made me glad not to be one of “those people”, you know, the rich and famous always having to juggle their private and public lives with aplomb.

If you live for literary Hollywood drama, then this may be your next read-the directions that Vanessa’s life takes at every corner will leave you speechless…and the ending is nothing less than surprising.

I like being a “regular person” more now and see that life as a celebrity can be mighty stressful!
Read more
One person found this helpful
Helpful
Sending feedback...
Thank you for your feedback.
Sorry, we failed to record your vote. Please try again
Report abuse

Rhonda
5.0 out of 5 stars Love this beautiful story!!
Reviewed in the United States on April 20, 2017
Verified Purchase
Love Affair in Venice by Jackie Wang.....Another fantastic book from an amazing author. This story keeps you flipping pages, it has some much going on with all the twists and turns and lots of emotions. I love seeing the story unfold for Vanessa and Marco, it was beautiful. Jackie Wang is an amazing author and always writes five star books.
Read more
One person found this helpful
Helpful
Sending feedback...
Thank you for your feedback.
Sorry, we failed to record your vote. Please try again
Report abuse

Tiffany
1.0 out of 5 stars Sadly... not worth the #1
Reviewed in the United States on February 5, 2016
Verified Purchase
I thought this book was a mess. It started out good, but left me disappointed and wishing I had my $1 back.
Read more
Helpful
Sending feedback...
Thank you for your feedback.
Sorry, we failed to record your vote. Please try again
Report abuse