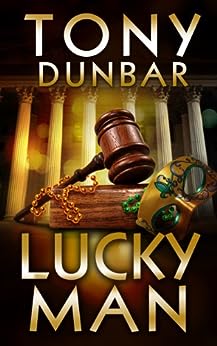 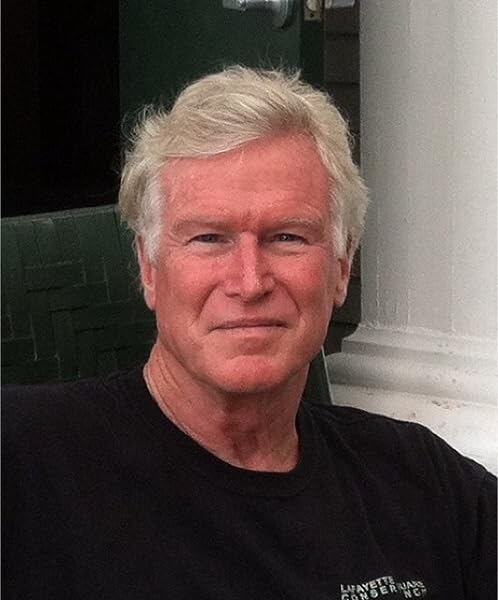 "Dunbar revels in the raffish charm and humor of his famously rambunctious city."
--The New York Times Book Review

"Take one cup of Raymond Chandler, one cup of Tennessee Williams, add a quart of salty humor, and you will get something resembling Dunbar's crazy mixture of crime and offbeat comedy."
--Baltimore Sun --This text refers to an out of print or unavailable edition of this title.

of sin. And murder is only one of them.

New Orleans Attorney Tubby Dubonnet is getting tired of his slow-moving, indolent city--with all its dirt and dancing, its colorful characters and corruption. For Tubby, a change of scenery might be in order, until a moralistic crusading prosecutor tries to destroy the career and reputation of Tubby's favorite judge.

Suddenly Tubby has a good reason to get out of bed in the morning. Because a little matter of office sex has turned into a nasty mystery of murder, rape, and suicide, real and imagined. And with more than a fair share of femmes fatales around him, and some dangerous criminals masquerading as reputable businessmen, Tubby suddenly has a lot more to do than avoid his next bottle and plot his next meal: he needs a lucky break--just to stay alive.... --This text refers to an out of print or unavailable edition of this title.

"Dunbar revels in the raffish charm and humor of his famously rambunctious city."
--The New York Times Book Review

"Take one cup of Raymond Chandler, one cup of Tennessee Williams, add a quart of salty humor, and you will get something resembling Dunbar's crazy mixture of crime and offbeat comedy."
--Baltimore Sun --This text refers to an out of print or unavailable edition of this title.

"I don't know why you have to be difficult," Raisin Partlow told his date. "You said you wanted to go out on the town."

"This is not 'town.' This is crackville!" Her arms were crossed and she wouldn't get out of the car.

"This is the Irish Channel, honey. Forget about crackville. You're safe as can be," he coaxed.

She wasn't having it. "There's a sign right there on that house that says slum property. Does that tell you anything?"

"That's some stupid thing the city bureaucrats put up. I've been coming to this bar all my life. Trust me. You'll like it."

The din inside was deafening. Men and women shouted and shoved, waving fistfuls of money in the air to get their bets down. Raisin pushed forward through the smoky haze until he reached the center of the action, dragging his reluctant companion behind him. A space had been cleared on the floor, brightly illuminated by a fluorescent light. You could barely hear the chicken clucking.

"Black ten, black ten," he cried, trying to keep a grip on his girlfriend.

One hundred numbered squares were painted on the tavern's cement floor. Resting over them was a big wire cage, like a giant crab trap, inside of which a flustered chicken hopped about and scratched.

They pleaded with the bird and whooped and hollered. Somebody slammed into Raisin's back and gave him a drunken hug when he protested. A barmaid dispensing potions from her tray poked him in the side, elbowing her way through the excited throng. His date got lost for a moment. Raisin looked down and found her on the floor, trying to grab his leg, sputtering at him.

Laughing, Raisin pulled her up and tried to ignore her fist pounding on his chest.

Finally the fowl's gullet quivered. Her feathers shook politely, and she carefully shat.

"Red number eighty-two!" the master of the game proclaimed, unleashing a chorus of groans and threats upon the bird's life, but the proof was unmistakably there.

The proprietor's burly arm reached in and retrieved the bird, which he cradled protectively against his chest.

"Settle up at the bar," he called out to quiet the crowd. "Next drop in one hour."

At his signal a nephew tugged a rope and lifted the cage up to the ceiling. The chicken was carried to the back room, where her reward of fresh pellets and bread pudding awaited.

Patrons walked over the game board to verify the result until the evidence was ground away by countless feet.

"That's certainly a rare form of entertainment," Raisin exulted. "You won't see that every day."

Outside, a dog barked on the quiet street and chemical tank cars on the New Orleans Public Belt Railroad clanked together and slowly started to roll.

Raisin crushed his cigarette on the broken pavement and held the car door open for the woman.

"I guess that was your first chicken drop," he said, trying to get a conversation going.

She slammed the door.

She's a moody one, Raisin thought.

"It's always like this when we work together," Johnny Vodka complained. "Your car breaks down and we're on the bus."

"Not every time. Last time we rode in a cab."

"We drove a cab. That was our cover. And you ran over a lady's Chihuahua."

"So? The department paid for it."

"You're always focusing on money. I'm talking loss of life."

"A Chihuahua is life?"

They were still debating this issue when the bus let them off at the end of the line. Aging brick apartment buildings arranged like orange boxes squatted on hard-packed earth, beaten flat by generations of little children and police car tires.

Johnny Vodka and his partner Frank Daneel walked across the first yard they came to, pool sticks in one hand and duffel bags in the other. A couple of sharks coming for a private weekend in the super's secret vice den--that was the charade. They dumped it all in a heap in front of a featureless concrete facade while Daneel went to a door marked 3-G and knocked.

Johnny "V" stepped around the corner to light a cigarette out of the wind and to gaze upon the barren landscape, dotted with pockets of people, a group of children playing with a soccer ball, fat ladies clustered in a circle on folding chairs.

They were supposedly working undercover, but he could tell that they stuck out like sore thumbs.

He looked over his shoulder and watched a scrawny female going through his luggage. It took him a moment to realize that she was brazenly stealing from him.

"Hey!" he yelled, and tried to grab her.

Quick as a lizard she snagged a pool cue and darted away toward a playground where guys hustled chess and old men played bourre.

Instinctively Johnny picked up the remaining stick and charged after her. His long strides gave him a chance, and he cornered her behind an overgrown bush.

The panting woman feinted one way and then the other, trying to get him off balance so she could run past him. She was twenty, maybe, pretty, and had wild black hair and a dress flecked with sweat.

Then they both jumped the same way. The policeman almost got a hand on her and then almost lost it when she swung her stick wickedly at his wrist.

Johnny raised his own cue in self-defense, and hers cracked down with a loud pop. To his amazement she threw away her broken stick and had the gall to spit at him. Then she shot him a bird and tried to sprint away again.

Angry and flushed, Johnny whipped the pole across her butt and knocked her flat on the ground. When he reached for her ankle she scrambled away like a crab and, holding her thigh in pain, hissed at him.

"Get lost." Vodka cursed, giving it up.

While he dusted off his pants she danced away down the sidewalk, gleeful in escape, until she almost collided with the glassy-eyed tall man. He beckoned her forward and grinned.

The girl froze, while Johnny watched her out of curiosity. She backed up. The tall man took a step toward her, and that was all.

Like a dove flushed from cover the woman raced back toward the policeman, arms waving madly in the air.

She jumped on him and gave him a hug so tight, he could feel her breasts through his shirt and smell the French fries in her hair.

"Help me, please," she begged.

Johnny Vodka looked over her head, but the tall man was gone. He wished he had paid more attention to what the guy looked like. --This text refers to an out of print or unavailable edition of this title.

Tony Dunbar is a lawyer and the author of four previous works of nonfiction and five previous Tubby Dubonnet novels. He lives in New Orleans. --This text refers to an out of print or unavailable edition of this title.
Read more

4.0 out of 5 stars
4 out of 5
488 global ratings
How are ratings calculated?
To calculate the overall star rating and percentage breakdown by star, we don’t use a simple average. Instead, our system considers things like how recent a review is and if the reviewer bought the item on Amazon. It also analyzes reviews to verify trustworthiness.
Top reviews

J. Cote
3.0 out of 5 stars and I love his secretary
Reviewed in Canada on January 26, 2016
Verified Purchase
Tubby is kind of interesting, and I love his secretary. Nothing much really happens, Tubby just drifts along on a non-plot. Good on characters, sorry to say nothing at all I'd call 'gripping'. I admit I skipped boring pages of what streets they were driving on and what they ate to try to get to PLOT. Mr Dunbar, I don't care about New Orleans street names and I really, really don't car what the characters eat.
Read more
Helpful
Report abuse

AMH
5.0 out of 5 stars Excellent murder mystery
Reviewed in Canada on July 10, 2016
Verified Purchase
Another good book in the Tubby Dubonnet series, sets the scene beautifully and you can almost imagine you're in New Orleans. Don't know if the local characters are based loosely on real people, bit scary if they are, but all these books are guaranteed to be a good read, haven't found a bad one yet.
Read more
Helpful
Report abuse

Donald W. Desaulniers
4.0 out of 5 stars A Good Book About Lawyers
Reviewed in Canada on July 25, 2014
Verified Purchase
I enjoyed the characters and have since downloaded another Tubby Dubonnet novel entitled "City of Beads" although I haven't yet begun to read it.
Being a fan of novels about lawyers, I also like the fact that this author makes occasional use of the Amazon Kindle Free Download Promotions.

T. Talbot
2.0 out of 5 stars I was very disappointed in this book
Reviewed in the United Kingdom on January 19, 2016
Verified Purchase
I was very disappointed in this book. I have enjoyed the previous ones but felt this never really got going and ended unexpectedly and untidily I'm less inclined to read more. Sorry. The author really loves and knows New Orleans , that's very obvious, but
Read more
Report abuse

Me
5.0 out of 5 stars ...
Reviewed in the United Kingdom on August 21, 2016
Verified Purchase
I love Tubby Dubonnet mysteries! Engaging, attention grabbing, suspenseful and fun. What more could you ask for in an escape from reality?
Read more
One person found this helpful
Report abuse

Amazon Customer
3.0 out of 5 stars Not as good as earlier books
Reviewed in the United Kingdom on June 30, 2018
Verified Purchase
Tubby survives. He doesn't win or solve a case, but he isn't arrested himself. OK but not as good as the earlier books in the series.
Read more
Report abuse