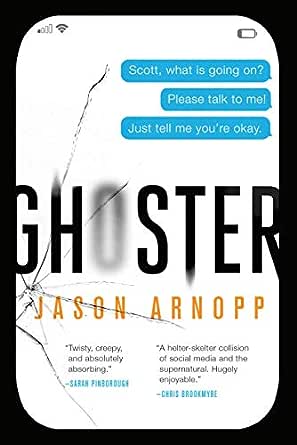 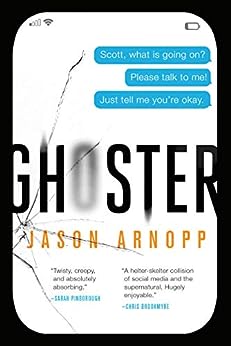 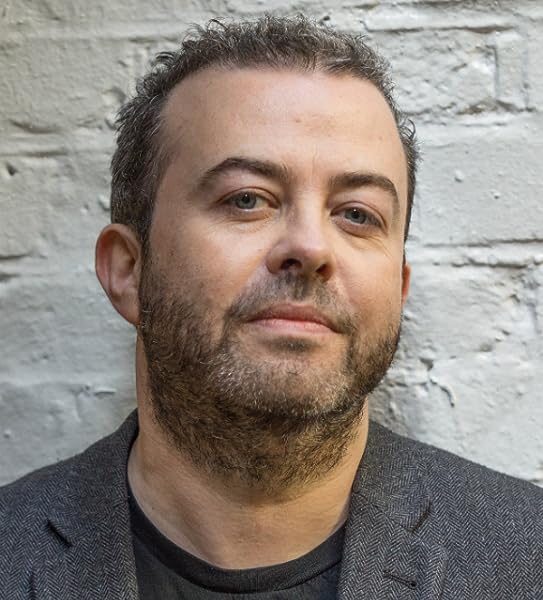 Jason Arnopp is a British author and scriptwriter. His background is in journalism: he has worked on titles such as Heat, Q, The Word, Kerrang!, SFX and Doctor Who Magazine. He is the author of The Last Days of Jack Sparks, has written comedy for Radio 4 and official tie-in fiction for Doctor Who and Friday The 13th. --This text refers to the paperback edition.

"A helter-skelter collision of social media and the supernatural. Hugely enjoyable."―Chris Brookmyre

"A fiendishly smart exploration of obsession and social media addiction, Ghoster, will haunt you in more ways than one. Compulsively readable, terrifying and laced with Jason Arnopp's trademark wit, you'll never look at your phone in the same way again."―Sarah Lotz

"A blistering satire of our digital lives disguised as a creepy thriller . . . . The story slowly morphs into something wholly unexpected-a twisty tale that just might qualify as the first true 21st-century horror story."―B&N Sci-Fi & Fantasy Blog

"A magnificently twisted and utterly unnerving tale that taps the rawest of our collective fears about social media . . . . Genuinely unsettling and oddly provocative, this is a weird and worthy addition to Arnopp's growing canon."―Publishers Weekly

"Takes a frenetic and self-obsessed modern world in its confident stride ... gives us ingenious and funny diabolism, repurposed for the 21st Century. A magnificent millennial nightmare."
―Alan Moore, creator of Watchmen and V for Vendetta on The Last Days of Jack Sparks


"Wow. Seriously hard to put down ... Chilling and utterly immersive."
―M. R. Carey, author of The Girl With All the Gifts on The Last Days of Jack Sparks


"This is one of those books where I'm sad when I'm not reading it. It manages the rare feat of being both horrific and hilarious, which makes me insanely jealous of Arnopp and has me considering how to kill him and consume his mighty power."
―Chuck Wendig, New York Times bestselling author on The Last Days of Jack Sparks


"Wittier than the lovechild of Stephen Fry and Charlie Brooker; scarier than watching The Exorcist in an abandoned asylum. Fast, furious, original and most importantly, terrifying."
―Sarah Lotz, author of The Three on The Last Days of Jack Sparks


"Funny, creepy and totally nuts."
―Paul Tremblay, author of A Head Full of Ghosts on The Last Days of Jack Sparks
--This text refers to the paperback edition.