Share <Embed>
Have one to sell?
Sell on Amazon
Got a mobile device?
You’ve got a Kindle.

Flip to back Flip to front
Listen Playing... Paused   You're listening to a sample of the Audible audio edition.
Learn more 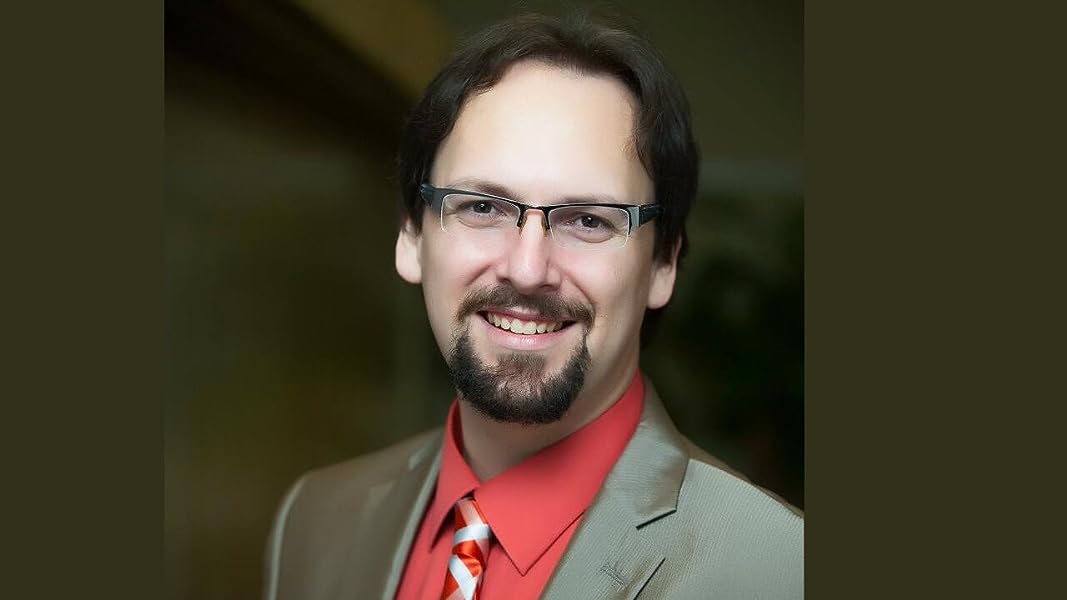 by Herman Pool (Author)
4.8 out of 5 stars 18 ratings
See all formats and editions
Sorry, there was a problem loading this page. Try again.

“Since working with Herman, Grapevine MSP has doubled in size and revenue year over year for the past 3 years. I refer my own clients to Herman to help them as well.”  ---Joe Gregory, CEO, Grapevine MSP Technology Services

Herman Pool is an award-winning speaker and marketing trainer who has owned and marketed his own companies for over two decades. As founder of Vertical Axion, he uses his experience to help small and medium-sized business owners get noticed and make money through a powerful, easy to follow marketing system. In addition to helping main street businesses grow, he has provided his services for Fortune 100 companies and marketing legend Jay Conrad Levinson, CEO of Guerrilla Marketing International.

Now that you understand marketing is a science, the next step is to learn how to set goals effectively. Whenever I ask clients what their marketing goals are, more often than not I discover that they have never learned how to effectively set and execute goals. Goal setting is a crucial skill for entrepreneurs to master if you want to be successful---not just in marketing, but in any endeavor.

One of the biggest mistakes I ever made in business was not realizing the importance of setting goals sooner. Sure, I read lots of books just like this one that told me how important setting a goal is, but I always just thought it was garbage, motivational fluff. I figured that if I just told myself, “Get more clients,” that would be enough to get going. I was so wrong.

Like many of you, there was a point in my life where the economy had taken a toll on my business and my family. Life has a funny way of forcing you to learn sometimes. While working to “get more clients,” I met a woman named Anita, eight months later I proposed, four months later we were married, and three months after we were married she was diagnosed with stage 4 breast cancer. It was her second bout with a stage 4 cancer; she had an unrelated cancer five years prior and successfully fought it. This second bout with another cancer made her and her medical team fear for the worst, but they came up with a plan to help her survive. We had to make plans of our own.

We lived three hours away from MD Anderson Cancer Center, one of the nation’s top cancer treatment facilities. Their plan was to have us drive up every other week for cancer treatment. My plan was to take as much time off work as possible so I could spend time with my wife.

We made another plan. We weren’t sure how long we would have together. I knew there were a lot of things Anita and I wanted to do together, so we decided that running up our credit to do these things was okay. If she lost her battle with cancer, Anita would have done all she wanted to do and insurance could pay off the debt. If she didn’t, no big deal. The cards had pretty low interest rates and we both had enough money to pay off the debt in a few years without impacting our quality of life.

For a few months it worked out great. My staff handled the day-to-day operations of my business. My wife and I drove back and forth to cancer treatment. I was able to go to every single appointment and treatment day. I took a few weeks off during her hospitalizations and stayed with her at the hospital. When she was feeling good, we would travel to wherever she wanted and do whatever events she thought would be fun.

Two years later, she was clear of cancer. We also had accumulated over $150,000 in debt from medical bills and credit cards. Not a problem, since the business was doing well, right? Well, it would have been fine, except for the fact that in the first year of treatment the credit card industry started losing its mind and raising everyone’s rates to the sky. Also, since I had placed myself in the position of salesperson and neglected to put anyone else in that position during this time, my business was staying level and not growing. I was paying an average credit card rate of 9 percent when we received the diagnosis. Now I was paying an average of 24 percent.

Combine all this with my wife not working for eighteen months during the treatment (as I begged her to; she wanted to work forever), and we have a pretty severe problem. What we thought we could pay down comfortably in a few years became a monster that consumed the majority of my funds to pay down in the same amount of time.

Early one morning, a noise like rushing water woke me up. It was a really weird noise to me because it sounded like water running in the house. I checked all the faucets and found them all off, but the noise just kept going. That’s when I figured it must be raining. I went to look out the window and found the source.

Water was pouring down the inside of my window frame. There was a hole in my roof and water was running down inside my house. I called around for a roofer and found a reasonable quote of $4000 to fix the roof.

With all the credit card pay downs and medical expenses, we had no reserves. All of my cards were maxed out and I was paying several thousand dollars a month just to maintain a maxed-out balance. Things were bad.

The stress of dealing with the finances, my wife’s health, my business struggling under the debt load I had created, and the beginning of my own health crisis was beating me down each day. I had to do something.

I knew I needed $4000 to fix the roof. That doesn’t sound like a lot, but in that crisis mode it was killing me.

I used some simple math to identify how many of each product I would have to sell to hit my goal. Then I identified which services were most likely to get me the $4000 fastest.

Read more
Start reading One Hour Marketing on your Kindle in under a minute.

4.8 out of 5 stars
4.8 out of 5
18 global ratings
How are ratings calculated?
To calculate the overall star rating and percentage breakdown by star, we don’t use a simple average. Instead, our system considers things like how recent a review is and if the reviewer bought the item on Amazon. It also analyzes reviews to verify trustworthiness.
Top reviews

Tini (Tincuta Nitu)
5.0 out of 5 stars Simple and effective
Reviewed in Germany on February 14, 2021
Verified Purchase
I read this book in the span of 2 days and put together a marketing plan that I look forward to executing. This book is brilliant. I love how Herman Pool explains marketing and all its moving pieces. There is an order to things and marketing is a science. This means that it works when done right. And it doesn't have to be overwhelming or hard. Thanks for making marketing simple!
Read more
Report abuse

Kristen G. Lindelow
5.0 out of 5 stars Succinct and Effective
Reviewed in the United States on March 9, 2017
Verified Purchase
Super book ---Pool does an excellent job of condensing all the steps for creating a marketing plan into a very fast read. Not having created any kind of marketing plan before, this book covered everything from how to figure out your target audience, realize what marketing options are available and how they work, and gave me the tools I needed to create a usable marketing plan in one afternoon. Definitely recommend to anyone starting a small business who doesn't want to spend a ton of time wading through a dense book on marketing.
Read more
One person found this helpful
Report abuse

Monica Tucker
5.0 out of 5 stars Business Owners-this marketing book is for you.
Reviewed in the United States on March 9, 2017
Verified Purchase
I highly recommend Herman Pool's "One Hour Marketing" for business owners who want to improve their marketing and find their ideal client. Herman makes it easy and simple and this book can be read in a few hours. Packed with information that is applicable to every business.
Read more
One person found this helpful
Report abuse

AlphaPi
5.0 out of 5 stars A Must-have Guide for any Entrepreneur
Reviewed in the United States on April 28, 2017
Verified Purchase
This book is an excellent and must-have resource for all business owners. It is no-frill guide where the best of the marketing concepts have been concisely put together in an exercise format. Any business owner can go through the guide and the exercises and come up with an excellent and actionable marketing plan. I used to fear marketing and used to rely only on word of mouth. No longer! This book actually made marketing fun and something to look forward to! Highly recommended!
Read more
Report abuse

Brian S.
5.0 out of 5 stars The "holy grail" for SMB marketing
Reviewed in the United States on April 16, 2018
Verified Purchase
Pool's grasp of marketing is superb and his suggestions are spot on. A "must read" for every small business owner.
Read more
Report abuse
See all reviews
Back to top
Get to Know Us
Make Money with Us
Amazon Payment Products
Let Us Help You
EnglishChoose a language for shopping. CanadaChoose a country/region for shopping.
© 2008-2021, Amazon.com, Inc. or its affiliates