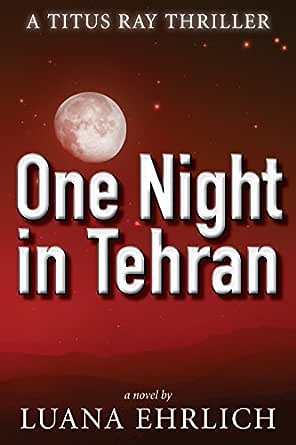 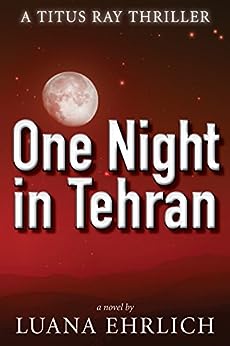 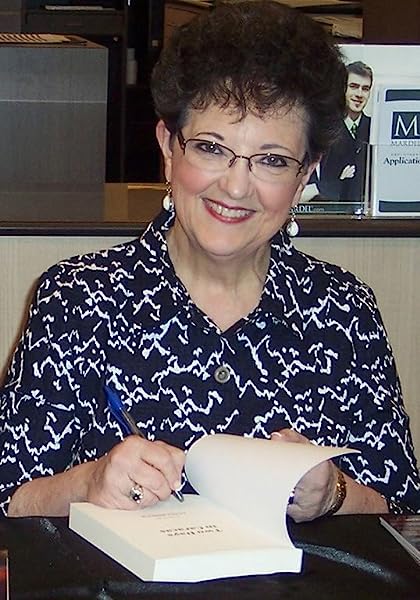 One Night in Tehran: A Titus Ray Thriller Kindle Edition

CIA operative Titus Ray is searching for answers.
Meanwhile, an assassin is searching for him.
Learning the truth . . .
Veteran CIA officer Titus Ray--on the run from the Iranian secret police--finds shelter with a group of Iranian Christians in Tehran. While urging Titus to become a believer in Jesus Christ, they manage to smuggle him out of Iran to freedom in Turkey.

Dealing with the past . . .
Returning to the States, he discovers his Iranian mission failed because of political infighting within the Agency. In a hot-tempered outburst, he delivers a scathing indictment against the Deputy Director of Operations, and, as a result, the deputy forces Titus to take a year's medical leave in Oklahoma.

Facing the future . . .
Before leaving Langley, Titus learns he's been targeted by a Hezbollah assassin hired by the Iranians. Now, while trying to figure out what it means to be a follower of Christ, he must decide if the Iranian couple he meets in Norman, Oklahoma has ties to the man who's trying to kill him, and if Nikki Saxon, a local detective with an intriguing past, can be trusted with his secrets.

· Can a man trained to lie and deceive live a life of faith?

· Should he trust the beautiful young detective with his secrets?

· Was the bullet that killed his friend meant for him?

What People Are Saying About Titus Ray Thrillers:

"The characters are very well-developed and believable. I enjoyed the way the author described Titus Ray's internal struggles and character flaws creating a very authentic main character. The story was action-packed and one is left wondering how the author could be so knowledgeable of the CIA and the work of their covert operatives."

"Excellent read full of action and intrigue, with a dash of soul mixed in for good measure."

"I'm definitely hooked on this series. Much suspense, twists and turns."

" I recommend these books for all who enjoy good clean fiction, especially involving current events in the world. I like the development of the characters and their relationship."

Luana Ehrlich is a freelance writer, minister's wife, and former missionary with a passion for spy thrillers and mystery novels. She began her series of Titus Ray novels when her husband retired from the pastorate. Now, she writes from an undisclosed location, trying to avoid the torture of mundane housework and golf stories. However, she occasionally comes out of hiding to play with her two grandsons or to enjoy a Starbucks caramel macchiato. She resides in Norman, Oklahoma. To learn more about the next book in the Titus Ray series visit the author's website www.luanaehrlich.com.
click to open popover

Audrey
4.0 out of 5 stars Spy thriller
December 31, 2018
Format: Kindle EditionVerified Purchase
Titus Ray is supposed to be on medical leave in Oklahoma but he can't seem to help avoid being caught up in international intrigue. He is a new Christian and he is learning how his faith effects his life and job in the CIA. This is a fascinating story involving Iranian Christians and terrorists infiltrating America.
Read more
Helpful
Comment Report abuse

Amazon Customer
3.0 out of 5 stars One Night in Tehran
June 20, 2019
Format: Kindle EditionVerified Purchase
Good story, likeable main characters, well written except for the overuse of unnecessary "However" in one of the last chapters. Also, personally, I don't care for the injection of religion in my readings.
Read more
Helpful
Comment Report abuse

Vivian - PEI
5.0 out of 5 stars Wonderful
February 14, 2015
Format: Kindle EditionVerified Purchase
I would have given this 10 stars if possible. This was addictive, do not start reading unless you have a free day. The characters are captivating and you want to spend time with them and to get to know more about them. Plot was well developed and fast paced. My only regret is that there is only one book so far. Highly recommend!!
Read more
Helpful
Comment Report abuse

pinky
5.0 out of 5 stars Excellent
June 6, 2015
Format: Kindle EditionVerified Purchase
Engaging, interesting with a story line that flows logically. It was hard to put down. Small but appropriate hint of faith in God appropriate to the story. Highly recommended.
Read more
Helpful
Comment Report abuse

Deanna Leduc
5.0 out of 5 stars Well written
October 14, 2015
Format: Kindle EditionVerified Purchase
This was a very enjoyable book. Well written , suspenseful, not the least boring. I was very anxious to get to the end to see the solution. Am now reading her second book in this serious.
Read more
Helpful
Comment Report abuse

B. Gray
5.0 out of 5 stars great book!!
March 6, 2015
Format: Kindle EditionVerified Purchase
Adventure, mysteries, exciting story line, a dog & an ending that can be continued! This clean Christian book shows that there can be an excellent mystery without wallowing in the "dark side".
Read more
Helpful
Comment Report abuse

Want to see more reviews on this item?

Go to Amazon.com to see all 667 reviews 4.7 out of 5 stars
Fast, FREE delivery, video streaming, music, and much more
Prime members enjoy Free Two-Day Shipping, Free Same-Day or One-Day Delivery to select areas, Prime Video, Prime Music, Prime Reading, and more.
> Get started
Back to top
Get to Know Us
Make Money with Us
Amazon Payment Products
Let Us Help You
EnglishChoose a language for shopping. CanadaChoose a country/region for shopping.
© 2008-2020, Amazon.com, Inc. or its affiliates