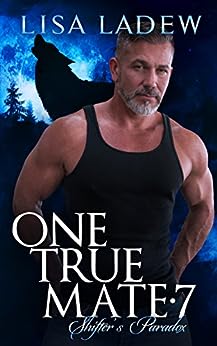 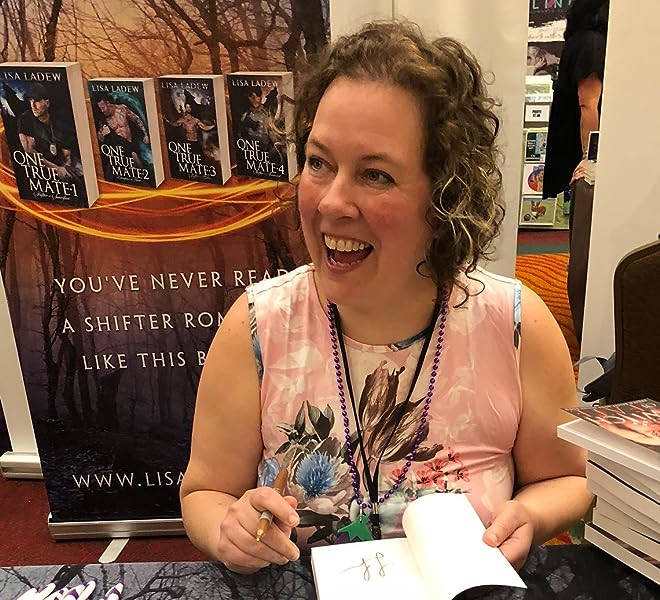 4.7 out of 5 stars
4.7 out of 5
366 global ratings
How are ratings calculated?
To calculate the overall star rating and percentage breakdown by star, we don’t use a simple average. Instead, our system considers things like how recent a review is and if the reviewer bought the item on Amazon. It also analyzes reviews to verify trustworthiness.
Top reviews

Kara Coens
5.0 out of 5 stars Oh holy fricken shiznit this was INTENSE!!!!
Reviewed in Canada on August 20, 2018
Verified Purchase
Wow, just wow!! This book took !e to places I never thought of. It was a rollercoaster from the first to last page. Harlan is so broken and hurting and oh my gosh I just felt so much for him!! Evie was an inspired character, she was hard and strong, while still sweet and sensitive, she was so beautifully written! I absolutely loved this journey!
Read more
Helpful
Report abuse

xendrix
5.0 out of 5 stars #7
Reviewed in Canada on January 13, 2018
Verified Purchase
I liked this book
Totally different from rest of series -but I think - necessary for the story line. It even made me cry
Read more
Helpful
Report abuse

Kerriden
5.0 out of 5 stars Live, love laugh and cry. Great read
Reviewed in Canada on January 5, 2018
Ladew has a great, creative and crazy mind. Shifter's Paradox is a busy story that makes you think while reading. Harlan's story answers questions about the past and opens up a whole world of possibilities. It's one of those books that if you read it quickly, you're going to have to go back and read it again. This is no hardship, I do it with all books that I find worth my time. It's like watching a show, you pick up new things each time. I normally am not a fan of books that bounce back into the past, but this has a purpose. If you don't go, you don't learn the full story of why they're where they are. While it may take you to the past, it brings you forward and things click into place. That being said, I wanted more towards the end. More interaction between Evie and family. I wanted her to be able to hug her dad. I felt that the last chapter just ended too abruptly. Perhaps it's the impatience of wanting things now and not wanting to wait till OTM8 before Evie finally speaks to the rest of her family and friends. Therefore I struggle between 4 and 5 stars because while I know Evie got her family back I wanted to read it.

If you are looking for a book to give you a range of emotions, crying, laughing, frustration this is the book. Any author that can give the reader such a range of emotions and suck you so far into her mind and the world she creates is an excellent writer. Therefore even for the frustration of the last chapter and some jumping back and forth, I give Ladew 5 stars. I want to be a part of the OTM world and isn't that what reading a book is all about?
Read more
Helpful
Report abuse

Ingrid Stephanie Jordan
5.0 out of 5 stars #Troy? #Beast?
Reviewed in Canada on January 4, 2018
One True Mate 7: Shifter’s Paradox
Release Date: #AlreadyReleased
Author: Lisa Ladew
Reviewer: Ingrid Stephanie Jordan
Serial: Standalone, No Cliffhanger
Genre: #PRN #Beast #Wolfen #Bearen
#5Stars🌟⭐🌟🌟🌟
••••••••••••••
SLOW DOWN....... Shiftenrific......
OMG!!!!! What usually takes me one day took me almost two days to read because I was confused. But we'll worth it... This books is Fan-Freaking-Tastic it captivated me from the first page, to the last page...Full of Magic
••••••••••••
Things You Should Know

Citlali are the spiritual and judicial leaders of the shiften.

Twentynine Year Anniversary when all their females had been killed all at once by a supply of tainted water by Khain.
••••••••••••
⚡Harlan Mundelein, is the Knotted Wolf Shiften and the Chief of the Serenity Police Department which he had taken over for Burton. Harlan and his wolf Nowl are fiftythree year's old, he should be celebrating his Twentynineth Wedding Anniversary to his One True Mate, Eventine Risson aka: Evie, instead he has been mourning her for Twentynineth years. Harlan's prophecy is The Knotted Wolf Anchors Time’s Keeper.
⚡Burton Risson was Chief of the Serenity Police Department until he lost it so Wade and Harlan put him at Harlan's house where he had everything he needed. Remington the doctor who also was a cat, visited him everyday.
⚡Jaggar Lockport is the Beast his dad was a wolfen, a Patrol Cop in Serenity, his mother was a felen he was half of each. Jaggar's prophecy is The Divided Beast anchors time. Jaggar can't face the fact that his best friend kissed his One True Mate or was she his? He wanted to kill him he ran instead causing havoc everywhere.
⚡Leilani, is a female that everyone thinks time travels always shows up and disappearing. She could see things and has tried to tell the wolfens, but she to really needed help. Being shot up with drugs also electroshocked. PLEASE can someone save her?
A copy of this book was provided to me with no requirements for a review. I voluntarily read this book and my comments here are my honest opinion.
Read more
Helpful
Report abuse

girly garden
5.0 out of 5 stars Wow - spellbinding romance
Reviewed in Canada on August 2, 2018
This book with Evie and Harlan kept me up and had me reading every spare moment of the day until I finished it. I was confused, happy, sad, thrilled, confused some more, tense, happy again and finally ready and eager for the next story in this series.
Yes there were a lot of things going on in this story but man oh man, wouldn't have missed reading it for anything!
Read more
Helpful
Report abuse

RobinJoyce0908
5.0 out of 5 stars Wow
Reviewed in Canada on January 5, 2018
Great book. It was definitely a little confusing at first but I soon got into it and totally understood what was happening. I totally got tears eyed from this story. It was so heart wrenching. I couldn’t imagine losing my first love. Great story can’t wait to find out what happens next.
Read more
Helpful
Report abuse

Kindle Customer
5.0 out of 5 stars OMG WOW.
Reviewed in Canada on January 7, 2018
I love the One True Mate series. I love how each character is updated in each new book. This book is one of my favorite by far. It is a bit of a history lesson from the previous 6 books. There is action, suspense and a love story all rolled into one amazing book. If you enjoy a shifter love story with a little bit of action this is one for you read. I anxiously await the next book.
Read more
Helpful
Report abuse
See all reviews

lindann
5.0 out of 5 stars A BOOK TO CRY OVER.
Reviewed in the United Kingdom on January 11, 2018
Verified Purchase
I can understand Lisa saying how this book made her cry. I can't stop. I can't remember a book ever making me cry so much. I do not usually like time shifting but the way it is done in this story is totally different from anything l have ever come across. You have to read the series to understand. I hope that Lisa gets the next story worked out very soon. I want to see Jagger get his happiness. Read them all and see how different they are from the usual shifter books.
Read more
2 people found this helpful
Report abuse

Love my fantasy.
5.0 out of 5 stars Fantastic
Reviewed in the United Kingdom on January 6, 2018
Verified Purchase
Wow, just loved this book. I knew it would be quite different as Harlan had been seeing visions of the same girl for around 40 years and she was unchanged during that time. I guessed there would be some kind of time travel but could never have guessed all the things going on here. Lots of this story was revealing past events, I enjoyed seeing the world before it went to hell for them. Loved the background stuff with Jagger, I was always intrigued by him. Don't want to spoil it by saying too much but LOVED it. I loved Harlan and really felt for him but I was shouting at him at one point for being a bit of a git! Some laughs but POOR Jaggar! I can't wait for his story. Roll on book 8.
Read more
One person found this helpful
Report abuse

dou81
5.0 out of 5 stars Gripped from beginning to end
Reviewed in the United Kingdom on January 6, 2018
Verified Purchase
Absolutely loved this book, read it in two days which is excellent for me. I had heard a few people say it was quite confusing, but i didnt find that at all. It was great to finally see in the messy life and unpredictable mind of Harlan and learn why he is the way he is. Cant rate this enough. Every book in the series have given and in depth and entirely different view of each KSRT officer/shiften. Excellent read.
Read more
One person found this helpful
Report abuse

zoe
5.0 out of 5 stars Powerful and intense
Reviewed in the United Kingdom on January 8, 2018
Verified Purchase
This story is a journey through Harlan’s life. The story is mostly told in the present but we are also treated to Harlan’s past that explains his character now. The one constant in his life has been rare glimpses of Leilani at various points throughout his life. Leilani is not his mate but when he locates her there is a powerful connection there. This is an intense read. I really felt sorry for Harlan. I enjoyed the book and it left me hungry for more.
Read more
One person found this helpful
Report abuse

Kindle Customer
5.0 out of 5 stars Conflicted
Reviewed in the United Kingdom on February 28, 2018
Verified Purchase
All through reading this book I was thinking three stars, it is totally confusing, when the dialogue was in Harlens head I had no idea what was going on some of the time. I started to wonder if he was moon struck. Then there was time travel, who's mate was who's, who's in who's body, it was just a confuddling totally. Then I read the authors note at the end and everything clicked and it was perfect. My heart was aching for jagger, I can't wait for his story.
Read more
Report abuse
See all reviews
Back to top
Get to Know Us
Make Money with Us
Amazon Payment Products
Let Us Help You
EnglishChoose a language for shopping. CanadaChoose a country/region for shopping.
© 2008-2021, Amazon.com, Inc. or its affiliates