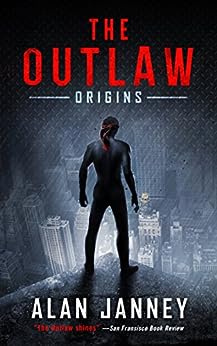 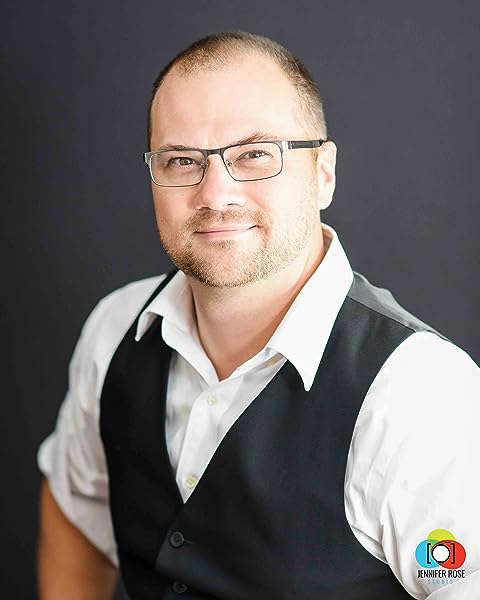 4.5 out of 5 stars
4.5 out of 5
169 global ratings
How are ratings calculated?
To calculate the overall star rating and percentage breakdown by star, we don’t use a simple average. Instead, our system considers things like how recent a review is and if the reviewer bought the item on Amazon. It also analyzes reviews to verify trustworthiness.
Top reviews

There are 0 reviews and 3 ratings from Canada

Tanyawriter
5.0 out of 5 stars Out there
Reviewed in the United Kingdom on February 19, 2018
Verified Purchase
This story will give you surprise after surprise. You will be drawn on in and you will be left hoping for more
Read more
Report abuse

Kindle Customer
5.0 out of 5 stars According to this 50 year old man...
Reviewed in the United States on July 25, 2015
Verified Purchase
I read a review of The Outlaw that said if your aren't an adolescent, move on. I am actually a 50 year old man who is an avid reader of fiction and non-fiction books with my favorite genre being Christian fiction and non-fiction. I am also an "intellectual conservative" that only enjoys books that are a joy to read. Maybe I am still a kid at heart or maybe I just don't take myself so seriously and look for the fun in life but I found this novel to be exceptionally entertaining. It had perfect pacing - offering a blend of wonderful character development and fun, thrilling action. Best of all, it didn't bog down in unnecessary verbiage(filler) and offered a very enjoyable story line (plot).

So don't be so fast to move it along...Give this book as well as this series a chance and you won't be disappointed. In fact, I would wager that you will find this a nice escape from the rigors of life where we constantly cross paths with "mature" individuals who don't know how to take a break from being so serious all the time.

Props to Mr. Janney on an excellent story that kept me up late and still made me wish the book didn't end so soon. Thankfully, the story continues in book #2 -- The Infected, which I just purchased and fully expect to find it to be infectiously fun. N.B. How many authors give you their personal cell phone number so you can send texts to them? That alone should show you how serious Mr Janney is about delivering a great novel to his readers.
Read more
12 people found this helpful
Report abuse

H. Bala
4.0 out of 5 stars and I thought my high school years were messed up
Reviewed in the United States on July 27, 2015
Verified Purchase
I guess the gentrification of downtown Los Angeles didn't stick. Alan Janney's The Outlaw: Origins paints 2017 as a bleak year for us Californios, what with racial unrest triggered by a controversial law just passed in California that makes life much harder for illegal immigrants, what with lawlessness rampant in the 'hood, what with a masked crimefighter roaming the streets, serving up a mean brand of justice. What we readers know - and what the characters in the book don't - is that the vigilante is actually a 17-year-old kid named Chase Jackson, him what juggles multiple life styles. In Glendale's Hidden Spring High, Chase is the backup quarterback, a nobody who tried out and shocked everyone by making it to the team. Chase attends one of the more posh schools in the state, never mind that he's its most broke seeker of knowledge. His shabby, old-ass Toyota cowers in shame next to the gleaming SUVs of the wealthy students. You instantly root for the kid.

4 out of 5 stars for The Outlaw: Origins, a ripper of a read even with its flaws. Alan Janney neatly folds in high school drama and football with urban superheroics. Chase is a protagonist that's easy to like. He's not perfect. He doesn't always say the right things. He's barely treading water with his complicated relationship issues. Yep, the boy is just clueless enough to make him interesting. Chase is in love with his childhood best friend, Katie. But he's flirting with the head cheerleader who he suspects is using him purely for status, seeing as how he's killing it lately on the football field. And I won't even go on about the starlet that he ends up rescuing from a mugging...

Chase's barrelful of angst is offset by the occasional action sequence. Except that the origin of Chase's superpower isn't addressed or even that much delved into. There's an element of Jekyll & Hyde and, more often than not, bouts of disorientation and excruciating pain. Some ambiguity lifts when Chase does refer to his condition as a disease (Loc 640), although that's probably more the writer's slip of the tongue. The 411 behind Chase's origin drops in the sequel (Infected: Die Like Supernovas).

Chase finds himself a celebrity on two fronts. On the gridiron, he's now being evaluated by the media and the scouts. Meanwhile, his alter ego's exploits are also gaining him massive press. The football sequences are as riveting as the vigilante smack-downs. Janney really knows how to tell these come-from-behind rallies in exciting fashion. On the crimefighting side, Chase does eventually end up with his own nemesis, and the interesting thing is that it's a villain that crosses over from one section of Chase's life into another.

I had a concern that the writer introduced that whiff of social commentary only to not do crap about it, but that was before I started reading the sequel. For now, the protests and riots staged by the Latino community serve merely as backdrop, an accentuating element. I wished, though, that Katie had more of an opinion about what's going on since she is half-Puerto Rican and all. What's kind of killing me is that Chase is so oblivious when it comes to relationships. C'mon, no one's that oblivious. Anyway, this is a read I couldn't put down, never mind that Chase's romantic complications get a bit too nutty and that, sometimes, the dialogue doesn't come off natural. Above all else, Janney is a riveting storyteller. He took me back to my high school days when I was pretty much like Chase: dumb, confused, feeling alone. Except I couldn't leap tall buildings in a single bound.
Read more
7 people found this helpful
Report abuse

Jackie loves to read!
4.0 out of 5 stars I usually don't read YA novels but the premise of this one caught my eye and I must say I wasn't disappointed in the novel at al
Reviewed in the United States on April 14, 2016
Verified Purchase
This was my first time reading a Alan Janney novel but it will not be my last.

I usually don't read YA novels but the premise of this one caught my eye and I must say I wasn't disappointed in the novel at all.

Chase, Katie, Lee, Hannah, Lee, Natalie and even the protagonist a.k.a. Tank made for a delightful read. All of these major characters are developed and the author allowed for them to do so slowly.

I felt Chase's pain dealing with the loss of his mom and the accident that left his dad in pain and unable to work cast him that inadvertently in the role as parent/care-giver. This is a lot of responsibility to pile unto a teenager's shoulders on top of the weird and mysterious changes that are happening to his mind and body.

I look forward to the next installment to "The Outlaw" to see if Chase will survive the change or will the others that are like him (infected) kill him!

Jackie
Read more
5 people found this helpful
Report abuse
See all reviews
Back to top
Get to Know Us
Make Money with Us
Amazon Payment Products
Let Us Help You
EnglishChoose a language for shopping. CanadaChoose a country/region for shopping.
© 2008-2021, Amazon.com, Inc. or its affiliates