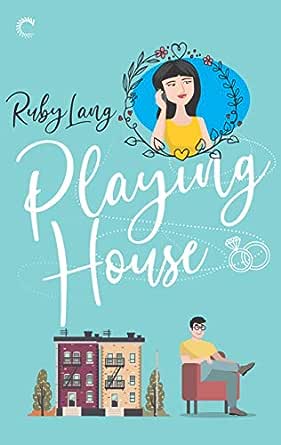 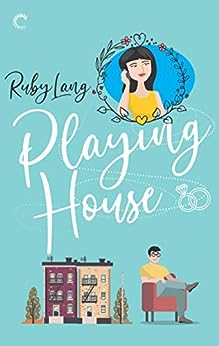 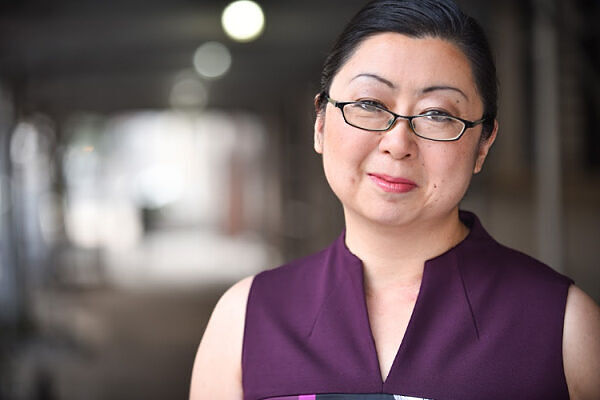 Ruby Lang is the pen name of non-fiction writer, Mindy Hung. Her essays and articles have appeared in The New York Times, The Toast, Salon, and many other fine venues. She enjoys running (slowly), reading (quickly), and ice cream (at any speed). Originally from Canada, she now lives in New York with a small child and a medium-sized husband.

“…[Emily Woo Zeller] maintains the overall lighthearted tone of the story. She also leans into the absurdity of the charade that Oliver and Fay engage in, touring expensive real estate as newlyweds "Ollie" and "Darling." Overall, Zeller makes the big emotional moments that much more resonant.” —AudioFile Magazine --This text refers to the audioCD edition.

4.0 out of 5 stars
4 out of 5
19 global ratings
How are ratings calculated?
To calculate the overall star rating and percentage breakdown by star, we don’t use a simple average. Instead, our system considers things like how recent a review is and if the reviewer bought the item on Amazon. It also analyzes reviews to verify trustworthiness.
Top reviews

Kindle Customer
3.0 out of 5 stars A cute little read
Reviewed in Canada on April 28, 2020
This was a lovely little story about Fay and Oliver, long time acquaintances, who meet unexpectedly one day and fall into playing make-believe.

I liked the ease they had with each other, the way he took an embarrassing memory and explained how he'd seen it, and gave her a new way of looking at things. I understood his reticence about disclosing his job status, particularly in light of his upbringing.

I didn't, however, like the way that Fay basically ghosted him. She knew she had a part to play in his not being 100% forthcoming, and yet she froze him out completely. Even when she knew they needed to talk more, she didn't do anything. (Neither did he, but at this point it was established that she controlled the relationship.) It just seemed like too much drama in a novella that didn't need it.

Overall, though, I liked the writing, the humour, and the dialogue. A pleasant way to spend a few hours.
Read more
Helpful
Comment Report abuse
See all reviews

Amazon Customer
5.0 out of 5 stars An amazing comfort read
Reviewed in the United Kingdom on August 23, 2019
Verified Purchase
This book was a whirlwind of excellence and I absolutely adored it.

I love books with emotional conflicts that aren’t super dramatic, but ARE deeply-rooted and speak to most people’s life experiences. This is one of those books. It gripped me from the first page, but with, like, a marshmallow hand. Reading it felt like taking a spa day. A funny, sexy spa day. I wholeheartedly recommend.

Fay and Oliver are acquaintances because they both work in urban planning in NYC. Fay is dealing with the aftermath of a marriage that really knocked her confidence, and Oliver is dealing with stigma and family pressures after losing his job. They’re both wonderful, thoughtful characters who I fell in love with. Fay is ambitious and powerful and aware that society dislikes those qualities in women. None of that stops her from having confidence wobbles and uncertainties. Oliver is gentle and strong and caring, also known as COMPLETELY SWOONY.

As for plot - basically, Oliver proves handy as a momentary fake boyfriend when Fay is harassed while viewing a house. From that moment on they discover an attraction and shared sense of humour that makes it way too easy for them to fake a relationship - which they continue to do while viewing various amazing houses (I really enjoyed the houses, LOL) for professional reasons.

And then, of course, the line between their fake and real romance begins to blur. Oof, we love a good blur.

All in all, Playing House is an amazing comfort read!
Read more
Report abuse

Kathy Whalen
5.0 out of 5 stars Funny, touching and different
Reviewed in the United Kingdom on October 12, 2019
Verified Purchase
There is something different in Ruby Lang’s style that kept me turning the pages. Fay and Oliver are a couple that I really connected with. They seemed quite different than the usual hero and heroine, but they had their own distinct and compelling personalities. I was rooting for them from the start as they went from house to house getting to know each other and sharing their love of urban housing. I’ve already bought the next one and am waiting impatiently!
Read more
Report abuse

AlltheReviews
5.0 out of 5 stars Enjoyable, beautifully written, gorgeous characters
Reviewed in the United Kingdom on September 25, 2019
Verified Purchase
My first Ruby Lang and I want more. I adored these gorgeous soft smart characters. Lovely connection and dialogue between them. I really liked the setting and peeping at all the houses! Honestly perfect.
Read more
Report abuse

Kim C.
5.0 out of 5 stars Delightful book
Reviewed in France on August 13, 2019
Verified Purchase
I have been waiting for this book for a long time, and I’m not disappointed. I prepared myself to the fact that it was only a novella so I wouldn’t be disappointed. I’m not a fan of this format, but a huge one of Ruby Lang. Some people think less is more; maybe it’s the case.
I usually prefer to have time to get to know the characters. Nevertheless, maybe because of my Asian background, I dove into the story completely. When Nat tells Oliver that “very little make their mother happy” and that it was her ”natural state to be displeased,” I felt at home. That’s how Ruby Lang’s writing speaks to me. She has a unique way to develop emotions, with the perfect balance. I could imagine the characters as if I already knew them. They are human with their fears, failures, and successes.
It’s my favorite kind of romance: real-life characters, nothing is rushed or cheesy, they make mistakes, nobody is dominating. Even though the book is short, it’s fun and delightful.
It’s a far cousin book of Kate Canterbary’s Walshes series that I adore and have already read several times.
Read more
Report abuse

warpammer
4.0 out of 5 stars Hard to rate
Reviewed in the United States on August 14, 2019
Verified Purchase
At 112 pages, Playing House is more novella than novel. The story ends at the 87% mark to accomodate a generous sample of the next book in this series, and I feel like I should be really disappointed. But here's the thing: whenever I try to imagine a way to expand or improve the book, I can't do it. Like Baby Bear's furniture and chow, everything about this story is "just right."

I enjoyed Lang's earlier work and was so delighted to pre-order Playing House. Usually when a pre-order pops up on my virtual TBR pile, I let it simmer awhile as I finish up whatever I'm in the middle of. However, in this case, I was in the midst of being let down by a new-to-me author I'd thought promising, and Playing House turned out to be the perfect palette cleanser.

First of all, this story is wicked well-written. The prose is spare but evocative, perfectly suited to the mini-tours of Harlem real estate that punctuate the growing attraction between city planners, Fay Liu and Oliver Huang. I don't actually look for grammatical and editing issues when I read, but it seems like they are so common that the absence of such errors demands to be noted and celebrated. Furthermore, the story is perfectly paced and constructed tightly enough to keep out all manner of stormy weather.

I also really loved the competence pR0n. I'm a little burnt out by event planners, building contractors, and every possible permutation of rich dude. It was refreshing to spend time with young professionals in an unfamiliar (to me) discipline that both of them loved. I enjoyed the way Oliver and Fay interacted against a background of location and architectural details that left me feeling that I'd learned something new and very interesting.

One of the best things about this story was the pervasive sense of balance integrated into the plot. The characters of Fay and Oliver are restrained and responsible even as they deal with personal issues. Fay is recovering from divorce and Oliver, from the loss of a job and from familial expectations. In fact, dealing with outside expectations is an issue for both characters and makes them that much more empathetic. The fact that Oliver has applied for a position with Fay's firm is a further potential complication between them. Peripheral characters are vital and believable even when their time on the page is limited. Oliver's mother and brother as well as Fay's long distance bestie are particularly important to the story and help illuminate the personalities of the central couple.

At the other end of the spectrum is Oliver and Fay's growing attraction, made more appealing and believable by its straightforwardness. When they succumb to that attraction, the results are both awkward and tender as well as passionate. All of these elements are interwoven in a way that enhances the restrained intensity between the two protagonists. To be more blunt, this romance is not a closed door story nor is it powered by instalust or dirty talk. As I said, it's just right, but mileage, as they say, is bound to vary. I couldn't help but root for these characters wholeheartedly, and when they find a way to resolve their conflicts, the result is immensely satisfying. However, the ending is more HFN than HEA, though it's not hard to imagine that HEA in the future.

I'm giving Playing House a solid four stars. Ironically, I might have gone with five but, ultimately, I wanted more of Fay and Oliver and more for them as well.
Read more
3 people found this helpful
Report abuse
See all reviews
Fast, FREE delivery, video streaming, music, and much more
Prime members enjoy Free Two-Day Shipping, Free Same-Day or One-Day Delivery to select areas, Prime Video, Prime Music, Prime Reading, and more.
> Get started
Back to top
Get to Know Us
Make Money with Us
Amazon Payment Products
Let Us Help You
EnglishChoose a language for shopping. CanadaChoose a country/region for shopping.
© 2008-2020, Amazon.com, Inc. or its affiliates