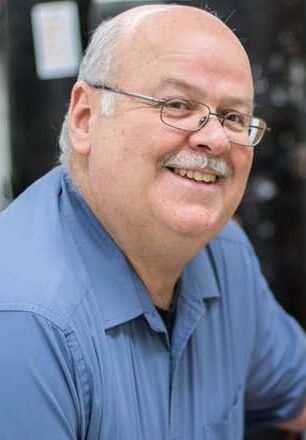 by David R. Greatrix (Author)
4.4 out of 5 stars 2 ratings
See all formats and editions
Sorry, there was a problem loading this page. Try again.

Whilst most contemporary books in the aerospace propulsion field are dedicated primarily to gas turbine engines, there is often little or no coverage of other propulsion systems and devices such as propeller and helicopter rotors or detailed attention to rocket engines. By taking a wider viewpoint, Powered Flight - The Engineering of Aerospace Propulsion aims to provide a broader context, allowing observations and comparisons to be made across systems that are overlooked by focusing on a single aspect alone. The physics and history of aerospace propulsion are built on step-by-step, coupled with the development of an appreciation for the mathematics involved in the science and engineering of propulsion.

Combining the author’s experience as a researcher, an industry professional and a lecturer in graduate and undergraduate aerospace engineering, Powered Flight - The Engineering of Aerospace Propulsion covers its subject matter both theoretically and with an awareness of the practicalities of the industry. To ensure that the content is clear, representative but also interesting the text is complimented by a range of relevant graphs and photographs  including  representative engineering, in addition to several propeller performance charts. These items provide excellent reference and support materials for graduate and undergraduate projects and exercises.

Students in the field of aerospace engineering will find that Powered Flight - The Engineering of Aerospace Propulsion supports their studies from the introductory stage and throughout more intensive follow-on studies.

David R. Greatrix is currently an Associate Professor in the Department of Aerospace Engineering at Ryerson University, Toronto, Canada, having taught and conducted research there since 1993. He has previously worked or studied for the University of Manitoba, Winnipeg; Canadair Group of Bombardier, Inc., Montreal; Boeing Canada, Winnipeg Division; the University of Toronto Institute for Aerospace Studies; and Defence Research Establishment Valcartier, Quebec.

Start reading Powered Flight: The Engineering of Aerospace Propulsion on your Kindle in under a minute.

4.4 out of 5 stars
4.4 out of 5
2 global ratings
How are ratings calculated?
To calculate the overall star rating and percentage breakdown by star, we don’t use a simple average. Instead, our system considers things like how recent a review is and if the reviewer bought the item on Amazon. It also analyzes reviews to verify trustworthiness.
Top reviews

blobloblo
3.0 out of 5 stars Not Bad!
Reviewed in Canada on April 21, 2015
Not bad. This is a good introduction to aerospace (both air-breathing an rocket) propulsion. Overall, the level is clearly undergraduate and there are a lot of illustrations in this book. However, you need some background in thermodynamics and fluid mechanics in order to follow this text. So I only recommand this book for third or fourth year undergraduate students.

The book contains a short introduction to aircraft performance. Not a bad idea since this give the reader a "feeling" about the importance of aerospace propulsion. The treatment of the first part (Airplane propulsion) is relatively standard and unimpressive but correct. The author covers propeller theory, internal combustion engine, pulsejet, turbojet, turbofan and turboprop in about 250pages. However, there are some new interesting information in the second part (Rocket propulsion) particularly for solid-propellant rocket motors and hybrid rocket engines. Some information maybe even usefull for graduate students.

Overall, this book is only a introduction to aerospace propulsion and doesn't contain much details, specially for the first part. The book is about 500 pages long, but considering appendix and figures and example problems, there are not so much left for technical content. Each chapter of this book follows the same style. Example are limited but each chapter contains a set of solved problems. I personnally don't like this idea. I would prefer well integrated examples in the text and problems without complete solutions at the end. Completes solutions are not a good idea, the temptation is too high for the student.
Read more
Helpful
Report abuse
See all reviews

Rupan
5.0 out of 5 stars Five Stars
Reviewed in the United States on February 18, 2015
Verified Purchase
Book looked like new.
Read more
Report abuse
See all reviews
Pages with related products. See and discover other items: fluid mechanics and engineering
Back to top
Get to Know Us
Make Money with Us
Amazon Payment Products
Let Us Help You
EnglishChoose a language for shopping. CanadaChoose a country/region for shopping.
© 2008-2021, Amazon.com, Inc. or its affiliates