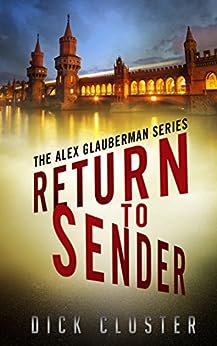 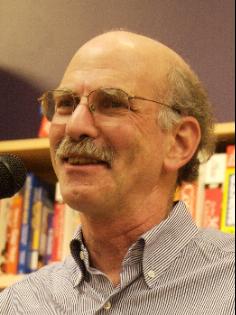 In this appealingly quirky mystery debut, Alex Glauberman is not your everyday hero: he's a Jewish mechanic who repairs German cars. He also has nodular lymphoma, a form of cancer, which is currently in remission, but the treatment causes violent mood swings. At the post office one day, a stranger asks Alex to mail a package to Germany, then leaves abruptly. Intrigued by the man's mysterious behavior, more than a little high from the medication, Alex follows his own "curious, romantic feeling that fate had just beckoned in his direction." Ingeniously, he sets up a meeting with "G. Meyer"the sender's name on the parcelwho proposes that Alex travel to Germany, via London, to retrieve the package from Meyer's estranged, half-Jewish, half-German daughter. Alex temporizes, but when he finds Meyer's body in an alley and receives the dead man's posthumous payment, he feels morally bound to Meyer's request. Despite threats from unknown enemies and warnings from friends, Alex recklessly pursues the clues that Meyer inadvertently gave him. Cluster's evident knowledge of the locales (Boston, London, Berlin) and his engagingly offbeat characters mark him as a writer to watch.
Copyright 1988 Reed Business Information, Inc. --This text refers to an out of print or unavailable edition of this title.

3.7 out of 5 stars
3.7 out of 5
86 global ratings
How are ratings calculated?
To calculate the overall star rating and percentage breakdown by star, we don’t use a simple average. Instead, our system considers things like how recent a review is and if the reviewer bought the item on Amazon. It also analyzes reviews to verify trustworthiness.
Top reviews

Alan Marston
3.0 out of 5 stars Long road to recovery
Reviewed in the United Kingdom on January 4, 2017
Verified Purchase
This book introduces us to a rather unusual hero – Alex Glauberman – skilled car mechanic who suffers from cancer, definitely not your obvious trans-Atlantic traveller and sleuth, but nevertheless a thoughtful and intelligent character. Asked to retrieve a package sent by a friend to his daughter in Germany, Alex finds himself embroiled in a quite complex financial mystery that also involves people willing to kill so that their secrets remain hidden.
I did not find this an easy read, although it has to be said that the writing is of a high standard and technically and grammatically very well put together. I may have not found sufficient time to read it in more extended chunks, and this could have led me to be always looking back to remind myself about the plot development. It is an intriguing start to a series and I will try to find time to follow it up with the others in the series.

Ann Stanmore
5.0 out of 5 stars This is an enjoyable tale
Reviewed in the United Kingdom on January 27, 2016
Verified Purchase
An unusual hero, car mechanic Alex Glauberman has a mystery to solve.

We follow Alex as he attempts to uncover the truth of package and dead body while at the same time coping with lymphona.

Who really killed Jerry? Who is chasing after Alex?

This is an enjoyable tale that holds the readers interest all the way to the end. I look forward to more.
Read more
2 people found this helpful
Report abuse

Red Andy 203
2.0 out of 5 stars waste of my money
Reviewed in the United Kingdom on April 18, 2016
Verified Purchase
sorry not for me could not force myself to finish this novel. if it was a paperback I had bought and not an ebook It would be on its way to the charity store as we speak...
Read more
Report abuse

Leeds Loiners
5.0 out of 5 stars Very Good
Reviewed in the United Kingdom on October 30, 2016
Verified Purchase
Very well written and a very unusual plot. Alex grows on you after a while and am looking forward to reading his next book. Well worth your time.
Read more
Report abuse

Rhona Foyn
4.0 out of 5 stars Good yarn
Reviewed in the United Kingdom on December 21, 2015
Verified Purchase
Cleverly written thriller that keeps you guessing as to what it is all about and why. I can recommend it.
Read more
Report abuse
See all reviews
Back to top
Get to Know Us
Make Money with Us
Amazon Payment Products
Let Us Help You
EnglishChoose a language for shopping. CanadaChoose a country/region for shopping.
© 2008-2021, Amazon.com, Inc. or its affiliates