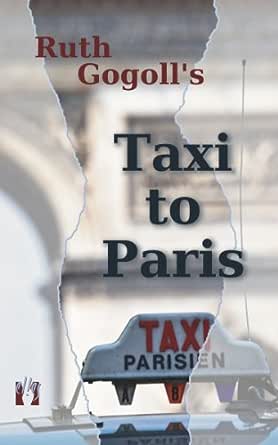 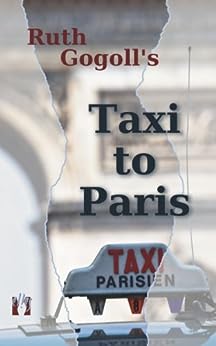 5.0 out of 5 stars
5 out of 5
1 global rating
How are ratings calculated?
To calculate the overall star rating and percentage breakdown by star, we don’t use a simple average. Instead, our system considers things like how recent a review is and if the reviewer bought the item on Amazon. It also analyzes reviews to verify trustworthiness.
Top reviews

Angie E.
5.0 out of 5 stars This is one beautiful taxi
Reviewed in the United States on July 11, 2014
Verified Purchase
Taxi To Paris may be odd because of how the two characters meet and all the non-romantic aspects to their first encounter, yet it becomes a very endearing, even beautiful, odd as the novel moves slowly (and it does move slowly, though 'good' slowly) from something pedestrian to something special.

There's a lot of conflict, but it's not the standard Harlequin kind of contention (where two people act out their dislike because they secretly have feelings for each other). Instead, it's an honest one, given their circumstances and how difficult it is for both women to trust.

It's raw and uncomfortable at times, but oh most definitely a worthwhile read. The fact that both women remain nameless throughout the tale somehow gives Taxi an even more honest, despairing, unflinching feel.

In the early stages, the sadness is all about each woman's isolated feelings and the need to eradicate what she feels for someone she can't be with in any kind of way. The main character, in particular suffers: "If ever a thought of her entered my mind, I hunted it promptly to extinction."

The novel is unique because it takes a premise that is usually one big dangerous cliché ("Pretty Woman") and makes it grim and gritty, far more fragile and not only believable and far from romantic, but somehow necessary to the storyline.

And, as with any two people coming together as a possible couple, there's always conflict: "It seemed that there were never two free minutes in which we could just be together calmly and happily. Every time, something unpredictable happened."

Prostitution would seem to be the elephant in the room, but it's actually love and how foreign and inaccessible it is to a woman who has never really known it and the person who wants to share it with her: " 'Then I can't love you either?' I said it for her. 'Do you think that my love for you depends on the availability of your body?' What should I do with all my love if I couldn't give it to her?"

There is so much here that surprises me with its easy to relate to components, but none so much as when the narrator decries the "other fish in the sea" advice people always give those who have just lost in love: "I'd remain alone instead. That situation seemed the most desirable to me at the moment. If I couldn't have her, the difference didn't seem that great."

Of course, this is only the tip of the iceberg. Ruth Gogoll offers so much struggle and going back and forth that by the end the reader is almost dizzy...yet it's a pleasant, gentle kind of vertigo.

There's always a risk in romancing the impossible, but here it works, precisely because it isn't romance so much as a very long and very painful journey to love. I guess that sounds so corny, but it's what I get from Taxi To Paris.

Ruth Gogoll's novels are all so different from each other (except for the four English books in the L As In Love series) that that alone makes me want to praise her.

The open and sometimes even awkward emotions also pull me in, though sometimes as if against my will. Unfortunately, none of her newer work (a fifth part in the L As In Love collection and the sequel to Forbidden Passion, a horrible title for a great book), has been translated into English. This makes me want to immediately learn German! :)
Read more
Report abuse
See all reviews
Back to top
Get to Know Us
Make Money with Us
Amazon Payment Products
Let Us Help You
EnglishChoose a language for shopping. CanadaChoose a country/region for shopping.
© 2008-2021, Amazon.com, Inc. or its affiliates