Have one to sell?
Sell on Amazon 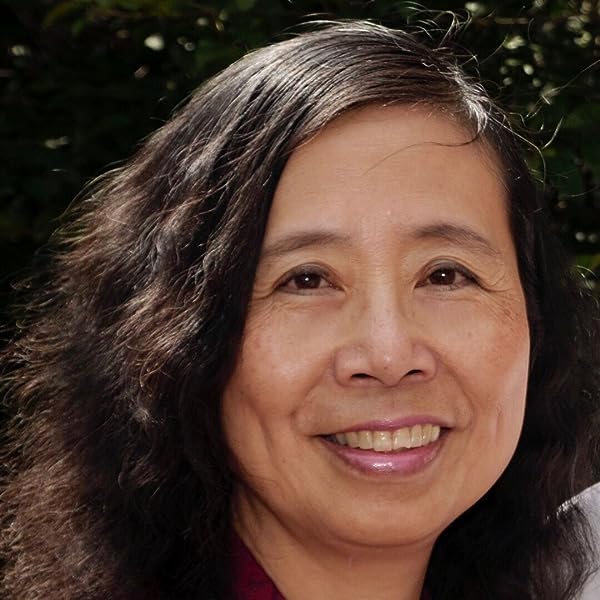 by Elsie Sze (Author)
5.0 out of 5 stars 15 ratings
See all formats and editions
Sorry, there was a problem loading this page. Try again.

Mystery and Suspense in Kazakhstan!

Sea Fever is a mystery thriller surrounding clandestine activities on Voz Island in the desiccating Aral Sea of Kazakhstan, when Ayan Kazbekov was growing up in a fishing village by the Aral in Soviet time. When two locals are murdered while taking a couple of strangers to the now-abandoned Voz Island in the post-Soviet era, Ayan and his friend Grace, the wife of an American expatriate, are incited to decipher a coded note secretly passed to Ayan before the fall of the Soviet Union by Victor, his Russian scientist friend from their university days in Moscow. Victor is not heard from again, but his note may hold clues not only to solving the locals’ murders but also thwarting life-threatening dangers to humankind.

Ever since her high school days in her native Hong Kong, Elsie Sze had wanted to become an author. Sze left Hong Kong at 22, to pursue graduate studies at the University of Toronto, and, later, the University of Chicago. After two consecutive careers as teacher and librarian, she knew it was time to follow her passion for fiction writing, if she was to realize her life's dream. She gave up her job as librarian in 2001, to devote time to her first novel. The result was Hui Gui: a Chinese story, published in 2005, a family saga set against China and Hong Kong in the 60 years leading to the British handover of Hong Kong to China in 1997. Sze is an avid world traveler, often to exotic places, which form the subjects for her stories. Her second novel, The Heart of the Buddha, published in 2009, is set in the Himalayan kingdom of Bhutan. It was a finalist in ForeWord Magazine's Book of the Year Award, 2009, in the Multicultural Fiction category. In 2013, Sze won the inaugural Saphira Prize, a literary prize offered by Women in Publishing Society, Hong Kong, for unpublished writing, for her manuscript "Ghost Cave". Her book Ghost Cave: a novel of Sarawak was published in March, 2014. Of her prize-winning novel, Sze says, "Ghost Cave talks of ghosts, yet it's not a ghost story; rather it's a story of love transcending time and space, of bonding and reconciliation as the basis of the human condition." "Ghost Cave" has been translated into French for distribution.

Sze's latest new novel "Sea Fever" was published on September 20, 2022. Set in the former Soviet Republic of Kazakhstan, now an independent republic, the novel is a mystery-thriller about the evils resulting from one of the worst human-orchestrated environmental disasters of all time, the killing of a once vibrant, life-sustaining, and fourth largest inland sea in the world, the Aral Sea in Central Asia.

5.0 out of 5 stars
5 out of 5
15 global ratings
How are ratings calculated?
To calculate the overall star rating and percentage breakdown by star, we don’t use a simple average. Instead, our system considers things like how recent a review is and if the reviewer bought the item on Amazon. It also analyzes reviews to verify trustworthiness.

Amazon Customer
5.0 out of 5 stars It is fiction strongly based on reality in the former U.S.S.R.
Reviewed in Canada 🇨🇦 on October 12, 2022
Verified Purchase
Ayan, English specialist trained in Moscow, returns to his fishing village in Kazakhstan as the U.S.S.R. ends. He meets Grace, who is looking for writing projects, but almost every time that they meet, a man is lurking in the background, possibly spying on them.KABOOM! A shockingly ugly death of a woman and her baby hit by a locomotive brings elements of the plot to a savagely critical point. It is neither a murder nor an accident, but a suicide! Yet why? What has gone so sickeningly wrong with her life on Voz Island?More and more deadly news items spring up: deaths of animals, birds, fish, and then far too many humans as the Aral Sea shrinks into a salty desert, to the point of forced evacuation of the island after Soviet military experimentation with poisons and biological weaponry minus any responsible environmental controls. But who can reverse this ghastly trend? Ayan's old friend from student days works first on one side of the equation, and then reverses himself on this horrific dilemma, tensions rising to the very end of this grimly real bit of recent Soviet history. Readers need not consider this novel as exclusively relevant to Russian militarism. Military insanity can appear anywhere.
Read more
Helpful
Report abuse

Jaclyn W.
5.0 out of 5 stars A visual and informative escape to Kazakhstan
Reviewed in Canada 🇨🇦 on November 19, 2022
Verified Purchase
Not only will you be travelling to Kazakhstan in the book, "Sea Fever," but you will also be taken upon a thriller story that will keep you turning the pages. Sze writes with great detail in her narration to the point where you almost feel like you're strolling on the streets of Almaty or looking over the Aral Sea - or what's left of it. This is a highly recommended read, as we don't often hear about the cultural experiences and sociopolitical circumstances of Kazakhstan.
Read more
Helpful
Report abuse

Megan Duke
5.0 out of 5 stars Intriguing Novel!
Reviewed in Canada 🇨🇦 on November 8, 2022
Verified Purchase
I thoroughly enjoyed this awesome novel!
It’s exceptionally well written, and as the plot thickens it gets enthralling!
I appreciated learning so much about Kazakhstan, Russia, and the tragedy of the Aral Sea.
A must read – just cozy up to a fireplace, relax and enjoy!
I’ve loved reading all of Elsie Sze’s books, and I am looking forward to her next one!
Read more
Helpful
Report abuse

Cliente Amazon
5.0 out of 5 stars Intriguing and informative
Reviewed in Canada 🇨🇦 on October 22, 2022
Verified Purchase
Well-written and engaging, this mystery intrigued me on every page, and I also came away having learned something valuable about true events in a little known part of the world. I highly recommend this book.
Read more
Helpful
Report abuse

Gary Frank
5.0 out of 5 stars An important story
Reviewed in Canada 🇨🇦 on September 27, 2022
Sea Fever, Elsie Sze's latest novel, tells an important story of environmental degradation and human oppression during the final years of the Soviet Union and the early years of the nation-states that followed its demise. Based on Sze's extensive experience in Kazakhstan, the narrative develops the chance encounter of the two main characters into an intriguing tale of crime, political corruption, and misguided environmental and military policy. The disappearance of the Aral Sea and the human and environmental tragedy it created were the result of yet another disasterous attempt to dominate nature and peoples. Sea Fever shows us why we must resist such folly.
Read more
Helpful
Report abuse

Simon
5.0 out of 5 stars So well written that I can't stop reading the book until I reach the very end!
Reviewed in Canada 🇨🇦 on September 27, 2022
The timing of the book release is impeccable with what's going on in Ukraine. It brings you back to the era of the breaking up of USSR. Highly recommended as a must read! A tip if the hat to the author!
Read more
Helpful
Report abuse

tincan
5.0 out of 5 stars A most enjoyable read!
Reviewed in Canada 🇨🇦 on September 29, 2022
Elsie Sze just gets better and better with each novel she writes. Her fourth and latest "Sea Fever" is a compelling, believable mystery thriller set against the backdrop of the tragic desiccation of the Aral Sea. Her storytelling is masterful and gripping, her prose polished and elegant. I wasn't able to put this down until the exhilarating denouement.
Read more
Helpful
Report abuse
See all reviews

MD Yantai
5.0 out of 5 stars Sea fever....novel
Reviewed in the United Kingdom 🇬🇧 on October 27, 2022
Verified Purchase
One of the best reads of the year!
Great knowledge and detail!
Looking forward to Elsie's next book😀
Read more
Report abuse

bill harris
5.0 out of 5 stars A very good mystery.
Reviewed in the United States 🇺🇸 on October 11, 2022
Verified Purchase
I love a good mystery mixed with adventure and this had it all. Learning about the history of the area was an added bonus. I highly recommend this book. Her other books are also excellent reads.
Read more
One person found this helpful
Report abuse

E.T.
5.0 out of 5 stars Good read
Reviewed in the United States 🇺🇸 on October 13, 2022
Verified Purchase
Well thought out plot. I like how the author incorporated history into her mystery novel. Intriguing story line, it kept me interested through to the end!
Read more
Report abuse
See all reviews