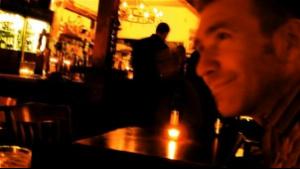 John Russon is a professor in the Department of Philosophy at the University of Guelph.

Nate
5.0 out of 5 stars Rigorous and readable account of the body in Hegel's thought
Reviewed in Canada on January 25, 2000
John Russon's ambitious aim in this book is twofold: (1) to identify the conception of the body that is implied by the argument of Hegel's Phenomenology of Spirit, and (2) to provide a systematic argument that shows this conception of the body to be both comprehensive and compelling. Not only does the book make a good case for having succeeded in these aims, it also provides material for a very careful and provocative reinterpretation of Hegel's Phenomenology that should prove readable and insightful for both general readers with interests in the history of philosophy as well as trained philosophers.
Russon shows that the body that animates the forms of experience that Hegel studies in his text cannot be adequately conceived as reducible to the merely physical organism. In an important early chapter, Russon gives an account of the systematic way in which Hegel's philosophy challenges and overcomes the dualism of immaterial mind and physical body that stands at the heart of early modern philosophy and science. He argues that the body as we experience it is not merely a natural entity (physis), but is a construct of habit and institutions; our experience of the body is not one merely of nature, but of second nature, as Aristotle described the habitual formation of social dispositions (hexis). The final chapters of the text aim to show, moreover, that this "habit-body" should be conceived ultimately as emerging through communicative activity (logos), and that the ongoing process whereby we (non-arbitrarily) constitute ourselves and our world along with others is precisely what is thematized in Hegel's dialectical phenomenology.
Considering the difficulty of the topic, and the vast resources that the argument draws upon, the text is remarkably clear (and concise, at just 137 pages). You need not have spent several years poring over the details of Hegel's challenging and dense text in order to gain much benefit from reading Russon's book. In addition, the book has the merit of demonstrating (against a number of prejudices from a number of sources) that Hegel's philosophy can be a rich resource for thinking through a number of topics of contemporary concern. Russon's conclusions in fact converge nicely with recent efforts in a number of disciplines to draw attention to the embodied character of experience, cognition, and culture.

David Morris
5.0 out of 5 stars An outstanding book on body, self and Hegel
Reviewed in Canada on December 13, 1999
I highly recommend John Russon's _The Self and its Body in Hegel's Phenomenology of Spirit_ to anyone with a philosophical interest in Hegel or the body: 1) It gives a compelling account of how Hegel would have to conceive body, and thus gives a new understanding of just what Hegel's phenomenology of spirit is concerned with, and what our bodies are. The latter is of central concern in much recent philosophy, and in everyday life in our political and technological culture. 2) It gives a lucid and convincing interpretation of Hegel's difficult book, one that proceeds through an engagement with historical positions in philosophy and science, and more important, through an engagement with the experience of trying to act responsibly in a situation, which experience haunts philosophy from the very beginning and is a most familiar element of life. Russon thus gets to the heart of Hegel's philosophy in a way that is illuminating for both the novice and the dedicated student of Hegel. And he thereby arrives at an important understanding of the body as that sphere of communicative and expressive existence which develops itself so as to enable responsible action in the first place. 3) The book's situation of Hegel in relation to ancient philosophy, transcendental argument and recent phenomenology invites a renewed engagement with Hegel, which is important given the role of Hegel in many current philosophical debates. In particular, Russon's discussion of the body and the unfolding of the Phenomenology of Spirit in terms of phusis (nature), hexis (habit) and logos (here meaning "expression") gives a very comprehensive and original way of grasping both the body and the Phenomenology. Likewise, his interpretation of Hegel's dialectic in terms of the relation of the empirical ego and transcendental ego and focus on recognition help clarify many crucial themes in Hegel. In general, Russon's elucidation of a concept of body in Hegel opens rich ways of thinking about our selves and our bodies.
Read more
4 people found this helpful
Helpful
Report abuse

peter simpson
5.0 out of 5 stars Russon on Hegel and the Body
Reviewed in Canada on December 23, 1999
Russson's book is nothing less than a re-organization of the *Phenomenology of Spirit*, one that makes explicit the conceptual commitment to embodiment that may have been concealed from many readers. This re-organization is accomplished with an all-too-rare philosophical sophistication, as Russon draws on a variety of sources and informs his reading with a strong command of 20th century phenomenology.
Among the book's strengths is a startlingly lucid and original reading of Hegel's text, a reading that illuminates many familiar passages and arguments in striking fashion. Russon's account of the master and slave, and his account of Sittlichkeit, re-animate texts often thought to have been exhaustively understood, revealing both the richness of Hegel's text and the power of a serious reader like Russon. But Russon is also adept at uncovering new insights in passages under-represented in the literature, and it is perhaps here that this book makes one of its strongest contributions. Russon on the reason chapter, and on the unhappy consciousness (the analysis of which is one of his central arguments), provides original and compelling arguments for the centrality of embodiment to the Hegelian understanding of self-consciousness.
But arguably the most significant contribution made by this book is that it reminds us that a Hegelian argument can and should be a philosophical argument. Rather than limiting himself to contributing to ongoing debates within Hegel circles, Russon has engaged philosophical inquiry itself, and shown how Hegel's text, at the hands of a keen reader, can speak, indeed argue successfully, to the broader philosophical community. This book is an argument for the complete understanding of phases of embodiment as conditions of self-consciousness, and thereby an argument that brings phenomenology and Hegel into the centre of important contemporary discussions.
Read more
4 people found this helpful
Helpful
Report abuse
See all reviews
Fast, FREE delivery, video streaming, music, and much more
Prime members enjoy Free Two-Day Shipping, Free Same-Day or One-Day Delivery to select areas, Prime Video, Prime Music, Prime Reading, and more.
> Get started
Back to top
Get to Know Us
Make Money with Us
Amazon Payment Products
Let Us Help You
EnglishChoose a language for shopping. CanadaChoose a country/region for shopping.
© 2008-2021, Amazon.com, Inc. or its affiliates